6 September 2018
9
The visit of the head of the Joint Chiefs of Staff, General Joseph Dunford to Athens and his talks with his Greek counterpart Admiral Evangelos Apostolakis marked Washington’s rather serious attitude to diversify its military structure deployed in the Eastern Mediterranean, allowing it to control the western part of the Middle East as well. 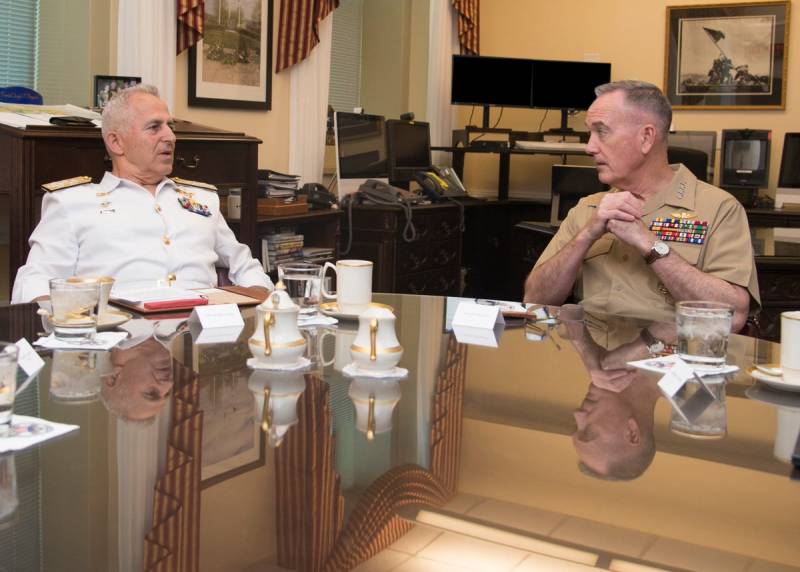 According to RIA "News", Dunford, commenting on the meeting, noted the interest of the Greek side in expanding access to its bases of the US Armed Forces.

The head of the Joint Committee also commended the importance of expanding military cooperation with Greece for the United States, as it opens up additional opportunities for ongoing operations in Syria and Libya, as well as for potential actions in the Eastern Mediterranean. 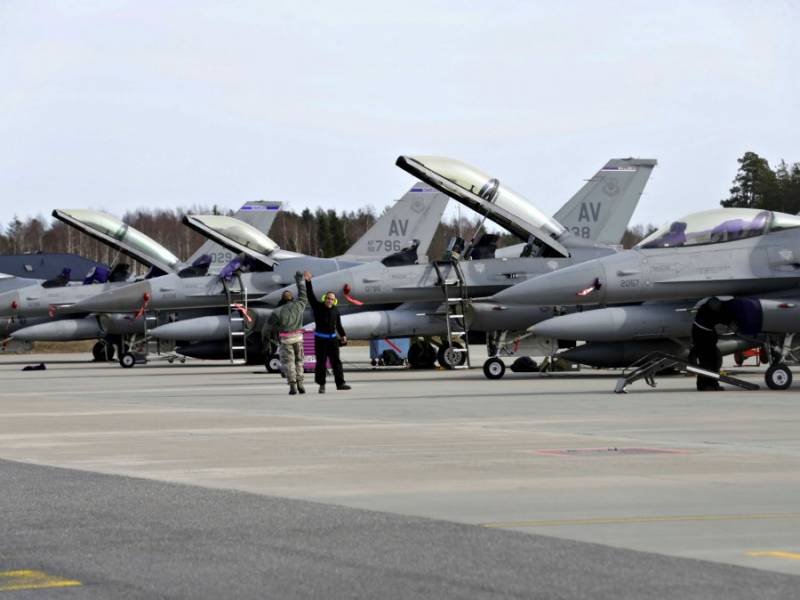 The agency recalls that Greece has previously expressed considerable interest in expanding the US military presence in the country. Thus, the head of the Greek Defense Ministry Panos Kammenos suggested that about a year ago, Pentagon chief James Mattis should expand the American military base at Court in Crete and even transfer the airbase from Turkish Incirlik there. 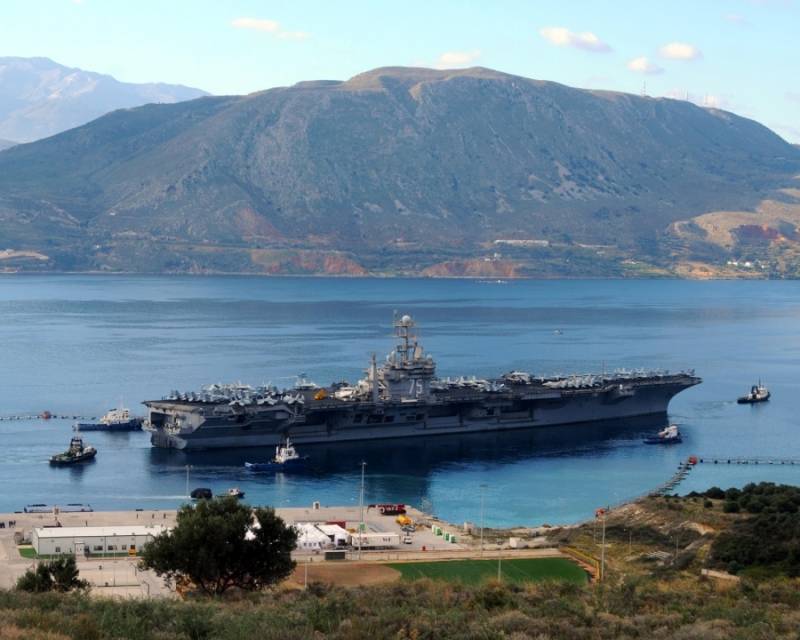 The reasons for such interest of Athens in the American bases are obvious - this is the conflict of Greece and Turkey that has been going on for years. Historically, the relations of these two countries have never been simple. But after the crisis in 1996, they remain as nasty as the Greeks say about the “hybrid war” that Ankara is waging against them, and the Turks accuse Athens of “provocations in the Aegean Sea”. 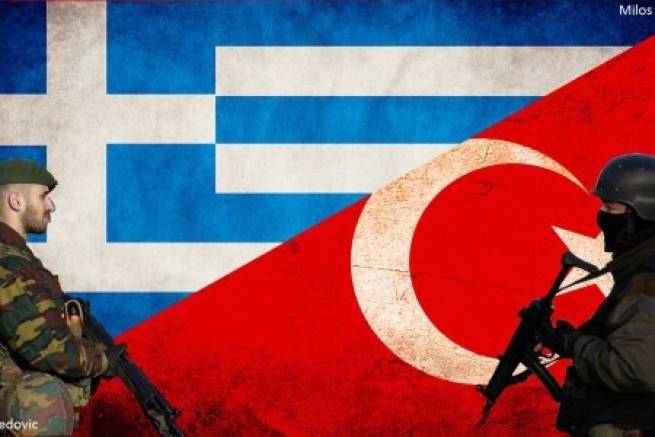 Recall that in 1996, a dispute broke out about the territorial identity of the two rocky islands of Imia (Cardak) in the Dodecanese archipelago in the Aegean Sea, which almost led to the outbreak of hostilities between Greece and Turkey. The escalation of the conflict was prevented by the intervention of NATO and the United States. But he was not repaid.

The problem of ownership of the unpopulated rocky islands of Imia / Kardak is closely related to the issue of territorial waters, and, accordingly, the right to explore the seabed and control the sea routes. 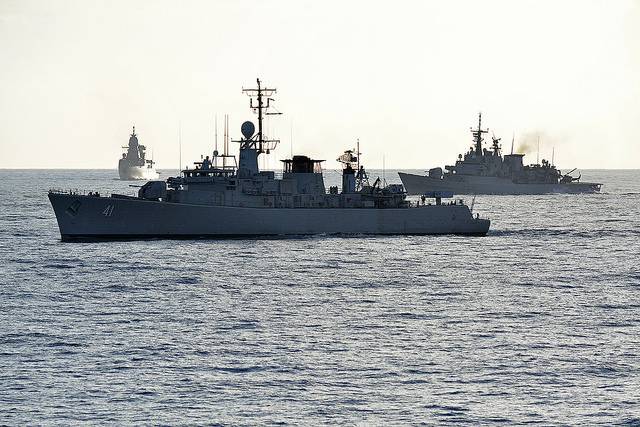 At the beginning of 2017, the crisis was sharply aggravated and almost ended in an armed conflict.

In January of this year, the situation repeated. The ship with the Greek Minister of Defense, Panos Kammenos, on board, tried to approach the islands of Imia, in order to honor the memory of the three Greek soldiers who died here in 1996 in the year.

However, Turkish warships and helicopters did not allow him to approach the islands, and as a result, Kammenos laid wreaths on the water and returned. 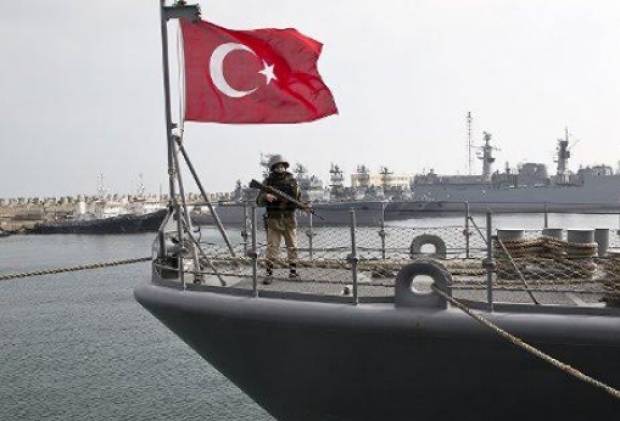 And on April 10, the Greek garrison of the island of Ro opened a warning fire towards the Turkish (presumably) helicopter.

At the moment, Greece views Turkey not as an ally of NATO, but as an enemy, a war with which it is only a matter of time. The Greek military expert, a teacher of geo-strategy at the College of National Defense Yorgos Filis, directly stated this in March 2018.

“The situation with Turkey is critical. For me there is no longer a question whether there will be a clash with Turkey, for me the question is when it will be. I think that it is necessary to psychologically prepare the Greek people for this. We are not talking about the fact that mobilization will be announced next week, but Turkey is behaving in such a tough manner that it leaves us no framework, ”said Filis. 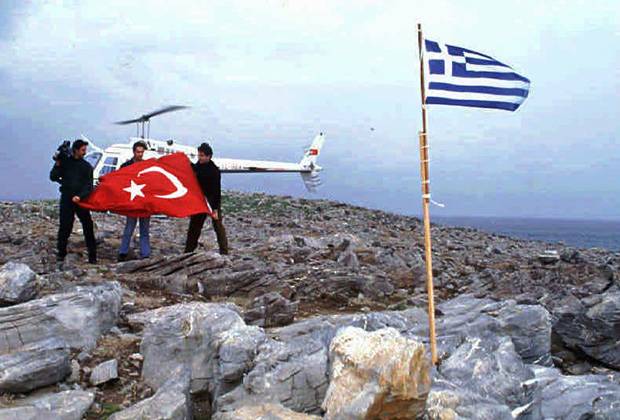 In fairness, it is worth adding that both Greek and Turkish politicians are trying to use this dangerous situation for "internal use". So, the Athenian authorities are trying to shift public attention from numerous internal problems to the “Turkish threat”. Edrogan is trying to use "Greek provocations" to consolidate society and interact with the opposition. For example, the leader of the main opposition party of Turkey, Kemal Kilicdaroglu, promises to return to the control of Ankara 18 "Greek-occupied" islands. It is clear that this kind of manipulation of politicians can lead to tragic results. 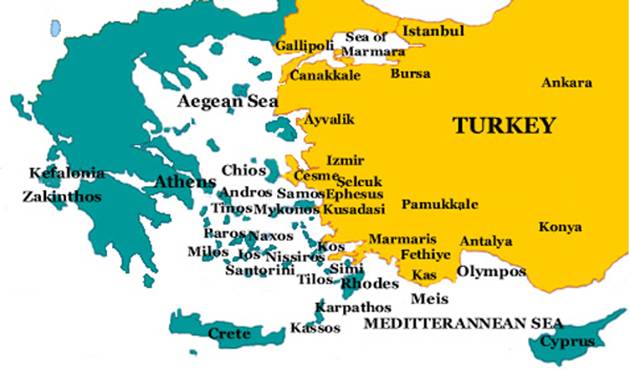 In search of allies able to resist the “Turkish expansion”, Athens seeks to strengthen military cooperation with Cyprus, Israel and Egypt. 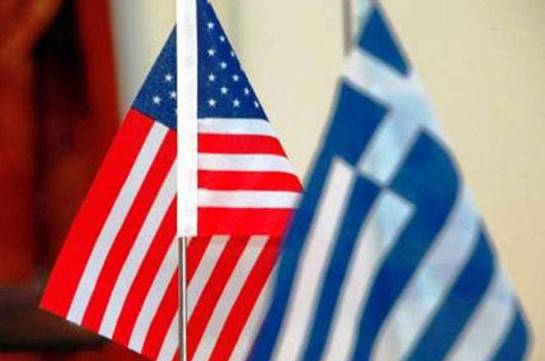 In light of this, the strengthening of the American military presence in Greece is viewed by Athens as a gift of fate. Especially in light of the deteriorating US-Turkish relations.

Tensions between Washington and Ankara intensified after a failed attempt at a military coup in Turkey, in the organization of which the Turkish side accused Fethullah Gülen, who is US patronized and lives in the United States. 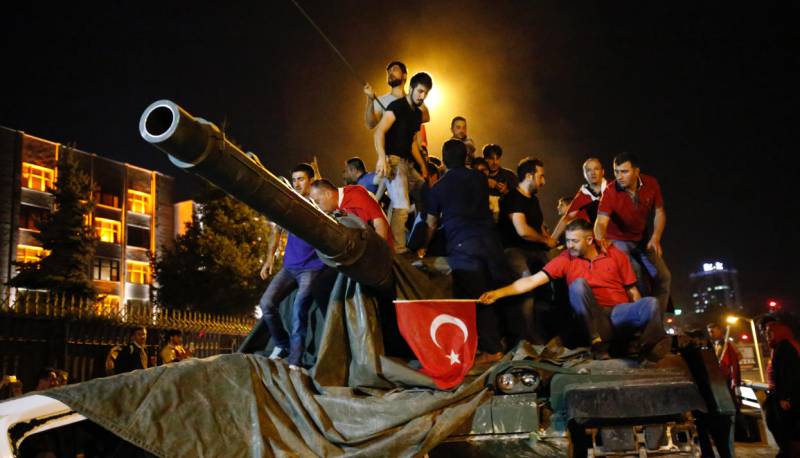 Let us return to the meeting in Athens of Joseph Dunford with Evangelos Apostolakis. Perhaps the main issue is the seriousness of the United States. After all, it cannot be excluded that the declaration of intent to turn bases in Greece into its outpost in the Eastern Mediterranean (which has been played by Turkey to this day) is only an attempt to put pressure on Ankara and force it to make concessions. 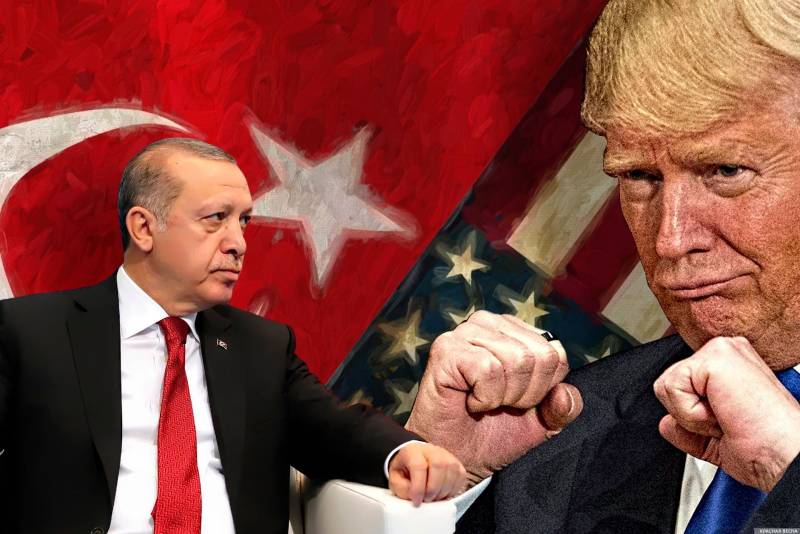 But is Washington ready to go to the end if this blackmail fails? After all, everything else, it will be associated with huge financial costs. And the “relocation” of the US Air Force and Navy to Greece, most likely, will not only be irreversible, but will also mean passing the point of no return in relations with Turkey.

However, this is not the only problem. The United States, the leader of NATO, speaking in a conflict between two countries participating in the bloc on the side of one of them, not only lose the role of arbitrator, but also exacerbate this conflict, which may well provoke a chain reaction. As a result of which the anti-Turkish alliance will replace the North Atlantic alliance.