Paruby called Hitler the greatest democrat of the XX century

4 September 2018
80
The Chairman of the Verkhovna Rada of Ukraine on the air of one of the Ukrainian TV channels was pondering what to call direct or truly “popular” democracy. As a result, Andrei Paruby agreed to what he called “the greatest democrat in stories XX century "Adolf Hitler. According to Paruby, it was Hitler who made a considerable contribution to the development of democracy in Germany.


Paruby on ICTV:
I myself am a huge supporter of direct democracy. By the way, I will tell you that the biggest man who practiced direct democracy was Adolf Aloizovich (Hitler) in the 30s. 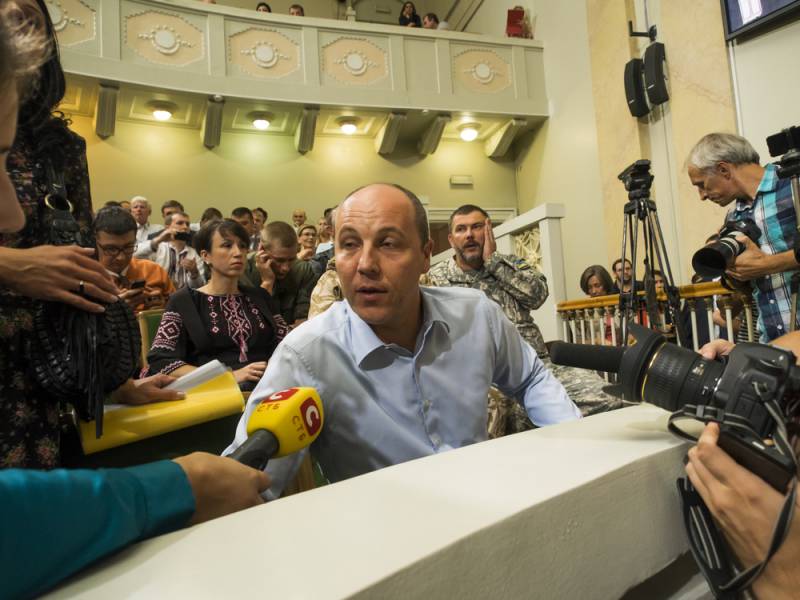 After that, the Speaker of the Verkhovna Rada urged everyone not to forget about Hitler's contribution to "democratic development" and added that he himself was engaged in studying issues of direct democracy at the scientific level.

After such statements Parubiya in Ukraine itself heard the voices of indignation. Kievans in social networks decided to ask the Speaker of the Rada whether he was going to, along with Bandera’s other people's deputies, solemnly open the avenue of the name of the person to whom Bandera and his accomplices swore allegiance to Adolf Hitler.

Regarding the statements of Paruby about Hitler, as a “true democrat,” Ukraine’s European partners did not comment at the moment. Although the Parliament will again say that the words Parubiy "misinterpreted."