Minister of Defense of Latvia, deuce for you in geography! 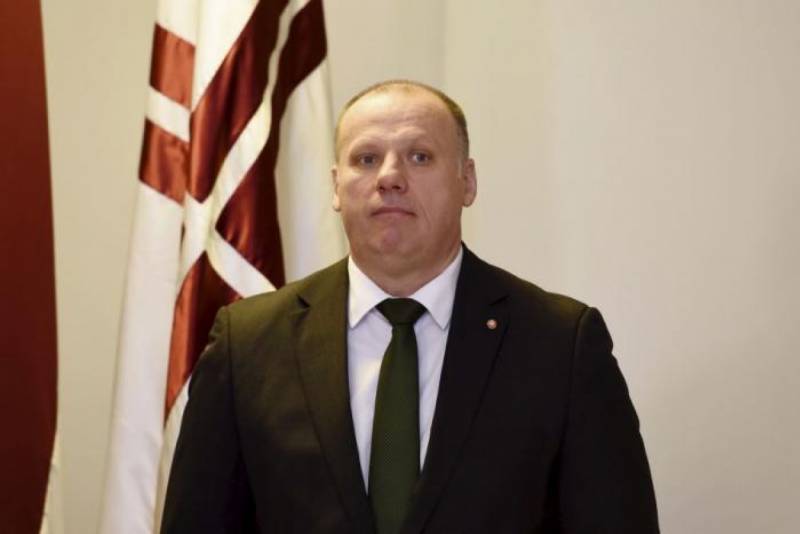 The Latvian Minister of Defense accused Russia of concealing information about the upcoming Vostok-2018 exercises. Such an anti-Russian statement has a number of reasons.

However, this particular anti-Russian lunge from Latvia has a hidden meaning. Such a bike about the allegedly mysterious and therefore dangerous for the whole world Russian exercises is told to heighten fear in Western countries. Like, look, Russia holds hidden teachings, which means it is preparing to take over the whole world.

It is sad that officials of this level can clearly ignore the obvious facts. First, Russia has the full right not to inform its Western colleagues about the Vostok-2018 exercises, since they will take place on the territory of Siberia and the Far East, that is, outside the scope of the OSCE.

In addition, the right not to provide information was confirmed by NATO Representative Dylan White at the last meeting of Russia and the North Atlantic Alliance. Apparently, the head of the Latvian Defense Ministry had a deuce in geography at school or he slept in a meeting.

Secondly, at the same meeting, Russia held a briefing in which she spoke about the upcoming exercises. And third, the military attache of the alliance was invited to the autumn maneuvers, which is confirmed by NATO representatives. Therefore, the accusatory speech of the Latvian Minister is groundless.

Another reason for anti-Russian rhetoric is that parliamentary elections will soon take place. On this occasion, Latvian President Raimonds Vejonis said that the country should embark on a clear Euro-Atlantic course, and the first to contribute to this are the Ministers of Defense and Foreign Affairs. Therefore, the head of state wants to “be one hundred percent sure that the candidates fully support this course,” and will coordinate the appointment of the ministers personally.

How long ago it was settled, such a course is aimed at confrontation with Russia. And in order to prove adherence to this course and stay on the ministerial chair, Mr. Bergmanis will do and say anything. For example, he will accuse Russia of concealing some facts or will constantly stand for an increase in the NATO contingent on its territory.

So, the Minister of Defense tries to kill two birds with one stone, an anti-Russian statement. But popular wisdom says: you will chase after two hares - you will not catch a single one.