5 September 2018
21
The Bandera Deputy Minister for the "occupied territories" Georgy Tuka, in connection with the upcoming presidential elections in Ukraine, speaks of a possible uprising of the regions: the non-recognition by some regions of Ukraine of the elected President of Ukraine if they are not Poroshenko. 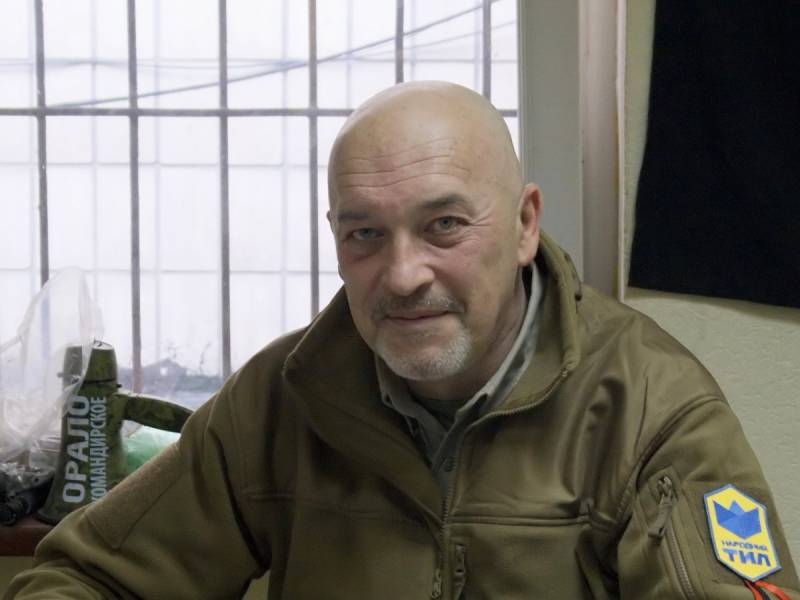 And what kind of regions of Ukraine can, in principle, rebel? The southeastern regions of the country are occupied by the Bandera Nazi battalions, they control the western and central regions, the APU is stationed in the Donbas, the SBU submits to Poroshenko and became his “death squadron”, reached the head of the DPR, Alexander Zakharchenko.

Only the western regions can rise, these same Nazi battalions can rise if not Poroshenko is elected. Tuka is actually blackmailing other claimants for power, first of all Yulia Tymoshenko. Lady “Yu” has already announced her entry into the presidential race, and alone with “Batkivschyna”, and allegedly enlisted the support of John Bolton, Assistant to the President of the United States for National Security.

Poroshenko political consultants blab on the sidelines that they will lead the election campaign according to the following scenario: Poroshenko is opposed to Putin in reality, all opposition candidates will surrender the country to Putin. Then the western regions may not recognize the victory of Tymoshenko and any other presidential candidate, and a scenario of the split of Ukraine, about which many are talking, opens, and Tuk has specified it.

All this can be a play for Putin. In fact, the Bandera dictatorship consolidated, Poroshenko agreed to become the Fuehrer of the neo-Nazis, sings completely with the voice of their ideologues. They accepted him, though without great love, because he had already become the face of their power and was adopted in the West, and they might not accept the other Fuhrer. “They do not change horses at the crossing!” - everyone knows this truth.

What elections can be in a colony country under the supervision of paramilitaries and death squads? Only staged. Moreover, this performance is needed for both the Kiev top and Washington. John Bolton, as it were, supported Tymoshenko, the American embassy in Kiev, as it were, supported the candidacies of Gritsenko and Vakarchuk, creating a pre-election intrigue. But the State Department from Washington is in charge of the whole process, and the necessary compromises will be found for Poroshenko to win, apparently. Otherwise, neo-Nazis threaten the western regions of the country with rebellion through the Tuku, they are capable of it, and the State Department will have to take this into account.

Indirectly, all this is confirmed by the Bandera propagandists like Vadim Karasev, when they say that there will not be a big offensive in the Donbas or the imposition of martial law in the country, and the elections in Ukraine will be held "as in a normal country": they know better the internal situation that everything is trapped and under the control of neo-Nazis, so why extra trouble?

However, in games with the devil and with the State Department one can never rely on obvious things. If Washington adheres to a long-term strategy in Ukraine, that is, the continuation of the scenario of positional confrontation with Russia, then they do not need destabilization, and they will extend Poroshenko’s powers.

If the US chooses a short-term strategy in Ukraine, if they need to blow up the situation in Ukraine, for example, as Alexander Zakharchenko was blown up, then they will get rid of Poroshenko, creating trouble for Russia in Ukraine in another way. For example, the Ukrainian “gas pipe” could be blown up on the sly.

Donetsk and Lugansk rely on Russia, so the political consequences of the assassination of the head of the republic, Alexander Zakharchenko, will be curtailed, and who can Poroshenko and his regime rely on if Washington is at least distancing itself?

With the arrival of Donald Trump in Washington, the gosdepovskoye colonial-democratic government of the world and Ukraine is disoriented, with the result that the colonies receive conflicting signals from Washington, and such opportunities are open for them to play on the contradictions between their masters, that even Tuka is not shy about setting conditions for the American curators of Kiev .

Now one question is unclear: is the Bandera regime in its current form beneficial to Washington, in whose White House Donald Trump sits? Until the November congressional elections, no one will touch this question, neither Donald Trump nor the McCain war party supporting Kiev neo-Nazis before.

Russia has another question: what to do with this Bandera performance of the United States after the assassination of the head of the DPR? Without any investigation, it is clear that the murder of Zakharchenko is beneficial to those who are openly happy about it. Press Secretary Dmitry Peskov made an important statement: “The consequences are inevitable,” but what will be the consequences? They should be well thought out, since the game goes not so much with Bandera in Ukraine, as with Washington in Ukraine.

This suggests, following the example of Western colleagues, the announcement of economic sanctions against Kiev for non-compliance with the Minsk agreements. Then, the accusation of the Kiev regime in the murder of the head of the DPR with the denial of legitimacy and the recognition of the Donbass republics after the end of the investigative actions, when the organizers of the terrorist attack are established. Circumstances allow you to apply these measures consistently, tracking the reaction of Washington.