China's aircraft carrier ambitions: "Russia has not yet dreamed of such technologies"

4 September 2018
36
Despite the serious successes of our warships involved in the counter-terrorist operation in the Middle East, it is obvious that for the time being our naval ambitions are limited. By virtue of the principle of reasonable sufficiency and modesty (in comparison with our opponents) of the military budget, we have focused on the construction and modernization of missile carriers, both submarines and surface ones. 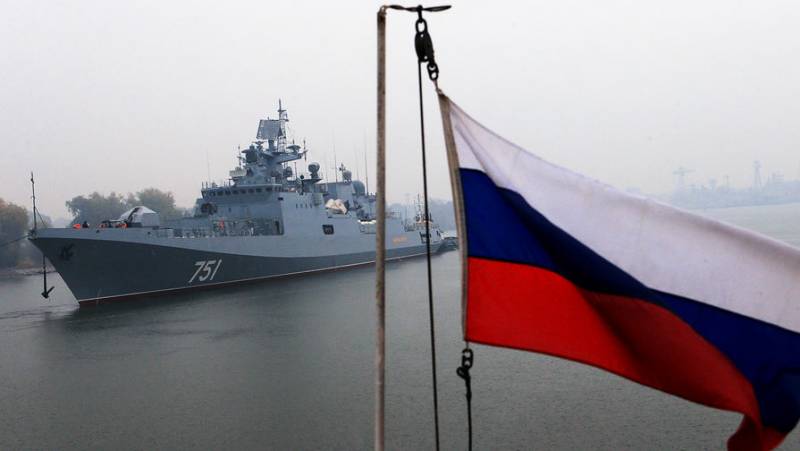 In recent years, the Russian Navy has been replenished with a galaxy of frigates - moderately expensive, small, equipped with the most modern weaponswhile possessing excellent seaworthiness, to small rocket ships.

Perhaps this is enough to "demonstrate the flag" and protect the coastal seas, our, by and large, land country, but for the dominance of the ocean expanses of this is clearly not enough. 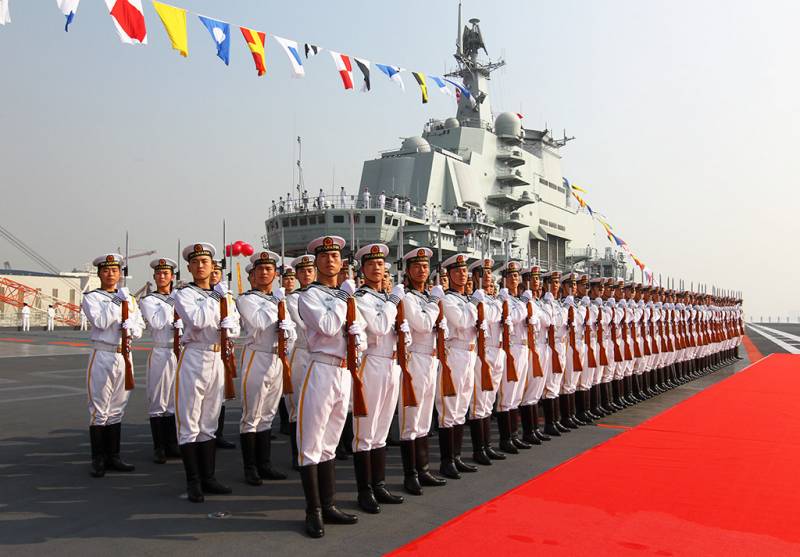 Another thing is China, whose geopolitical and economic interests, as well as the growing confrontation in the South China Sea, are forcing it to become a maritime power with a powerful military fleetable to control large ocean areas. 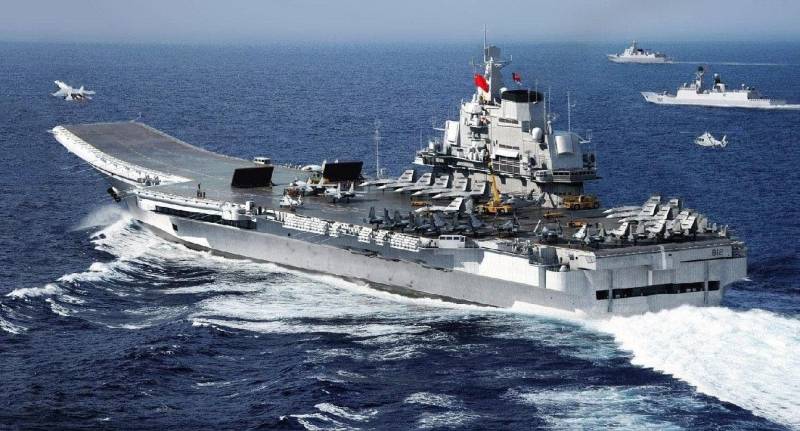 That is, today naval construction is becoming one of the main priorities of Beijing, in which, of course, the creation and development of aircraft carrying ships occupies an important place.

The other day, the Chinese edition of "Jinzhi Toutiao" reported that the pilots of the marine aviation China mastered the technology of night landings and take-offs from the deck of an aircraft carrier. 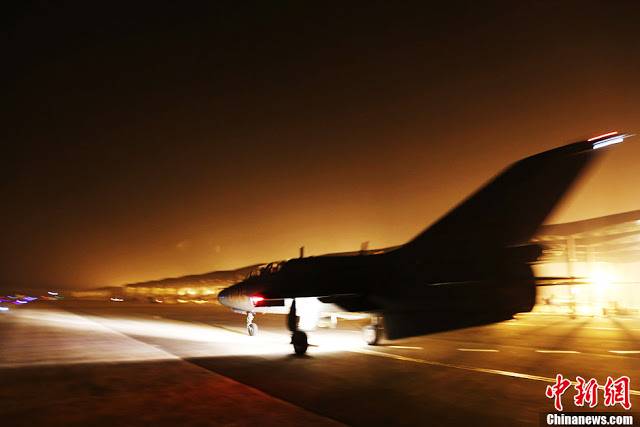 American experts, as indicated by Jinji Toutyao, the translation of the publication, which is presented by the InoSMI, argued that it would take many years for the Chinese to master this technique, but they would be laid out in six years.

The essence of the new technology is not disclosed, it is only indicated that the landing system is automatic, which “allowed to reduce the moral strain of the pilots” and ensure equally effective actions of deck aircraft at any time of day. Through the use of assistive devices, the participation of the human factor, and, consequently, the possible errors associated with it, is reduced to a minimum, as well as the level of requirements for pilot skills. 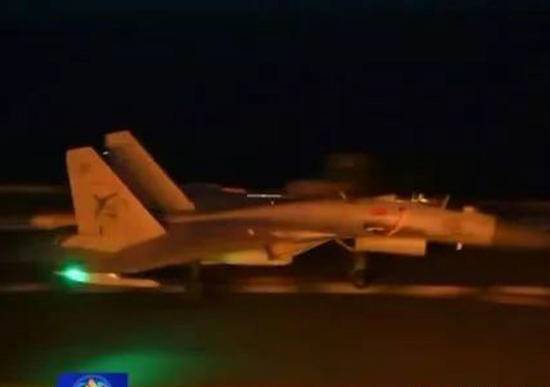 The publication also proudly emphasizes: "Russia has not yet dreamed of such technologies, it only remains for them to look at their eastern brothers with envy."

However, if we consider that for the “western brothers” of the Chinese, that is, for us, this issue is not very relevant at the moment, due to the fact that the only Russian aircraft carrier “Admiral Kuznetsov” is under repair, the boasting of the publication is hardly reasonable. 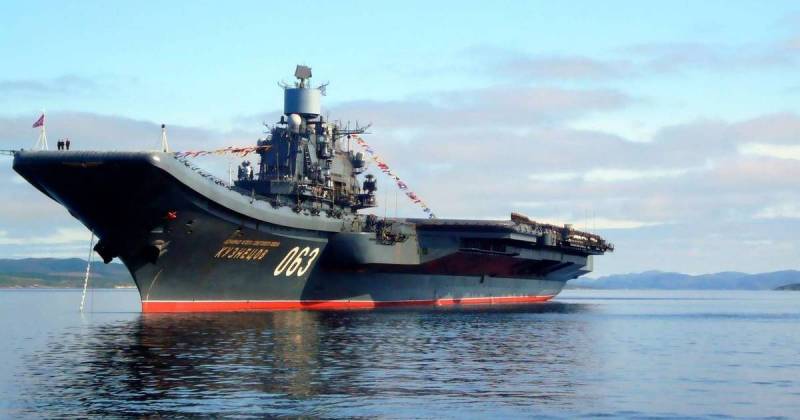 We also note that at the moment in the Chinese Navy there is only one aircraft carrier, which is made in the same way as the Russian Kuzya (as the sailors are affectionately called it) with all its inherent flaws. Or rather, like this: the Chinese aircraft carrier Liaonin is built on the basis of the unfinished Soviet aircraft carrying cruiser Varyag, sold by Ukraine. 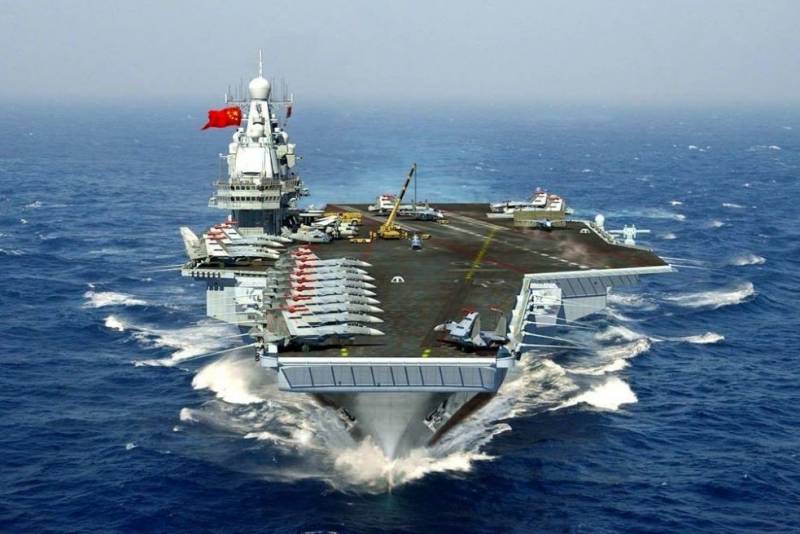 The second Chinese aircraft carrier, built using a similar scheme, was launched in April 2017, and is expected to be introduced into the Chinese Navy in 2020. According to Chinese tradition, the fleet names the ships only before being put into service, so for now the second aircraft carrier is Type 001A ("Liaoning" is Type 001).

The new Chinese aircraft carrier, at least externally, is an obvious copy of the Soviet counterpart, and it differs from Admiral Kuznetsov and Liaonin only a set of radar antennas on the command island. One of its main problems is the lack of a catapult, instead of which a starting springboard is used, which imposes serious restrictions on the take-off weight of the aircraft. 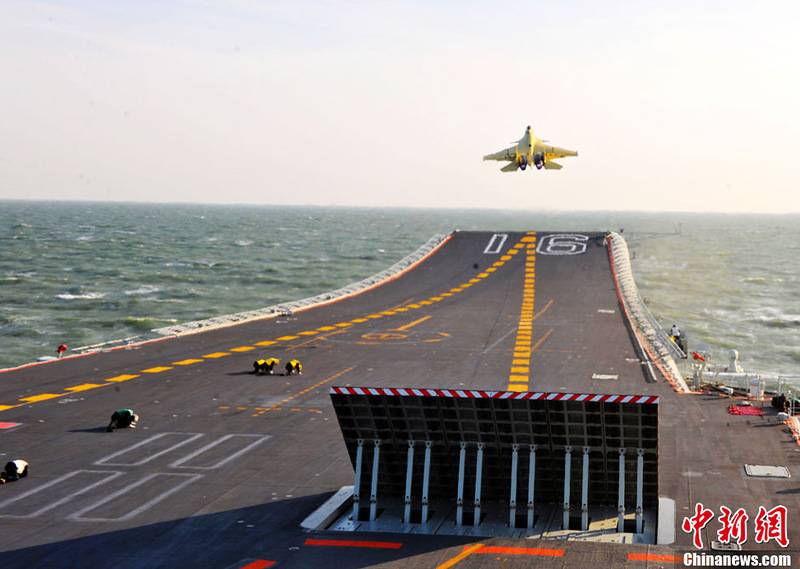 So, Jian-15, the J-15 fighter, which is essentially a copy of the Soviet Su-33, the prototype and documentation of which the Chinese received from Ukraine along with Varyag, cannot take off with full armament or have to rise with a minimum stock fuel (aircraft refuel already in the air, immediately after takeoff).

All this, of course, creates serious limitations for the capabilities of the aircraft carrier group. The experience of the use of Admiral Kuznetsov in the Syrian war confirmed that taking off without catapults does not allow using the full capacity of the aircraft, and when attacking ground targets it creates great difficulties.

So the logic of the Jinji Toutyao journalists, who prefer to compare their achievements in this area with the Russian ones, is understandable. After all, even with the mastered technology of night landings and takeoffs, Chinese aircraft carriers are so far hardly able to compete on equal terms with the Americans. 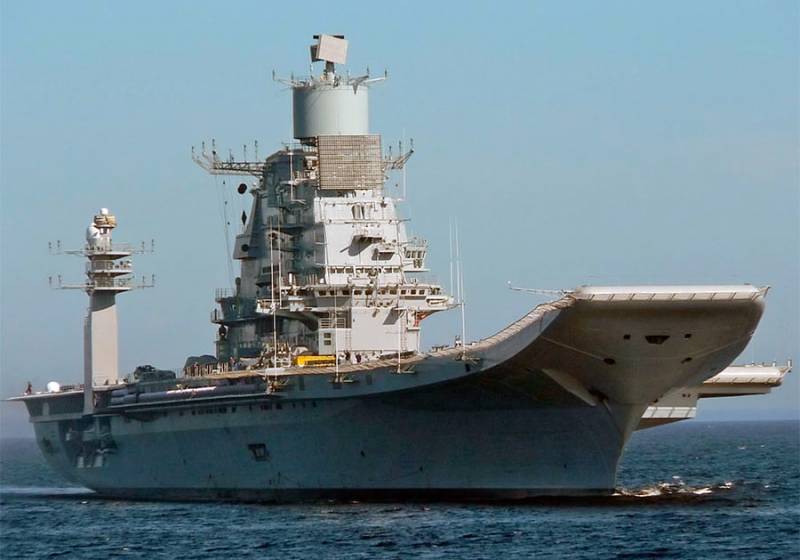 However, in addition to the Americans, there are aircraft carriers and other Chinese rivals in the South China Sea. So, India has two aircraft carriers. One of them - the flagship of the Indian Navy "Vikramaditya", the former heavy aircraft carrier "Admiral Gorshkov", the last deep modernization of the shipyards of the Northern machine-building enterprise in Severodvinsk.

Other historical China’s rival, Japan, has “helicopter destroyers” in the fleet, which are designed to transport helicopters and short or vertical take-off aircraft. In addition, Japan began work on the conversion into the aircraft carrier of the largest Izumo class helicopter carrier, which will be able to carry the F-35B (marine performance), which, according to Tokyo, will provide it with unprecedented dominance in the air and at sea.

All this, in turn, forces Beijing to intensify work on the development of its carrier fleet. In Shanghai, work is already underway to create a third Chinese aircraft carrier, the Type 002. In parallel with this, an atomic aircraft carrier of the Type 003 type with a displacement of 100 thousand tons is being designed. Both new types will be equipped with catapults. 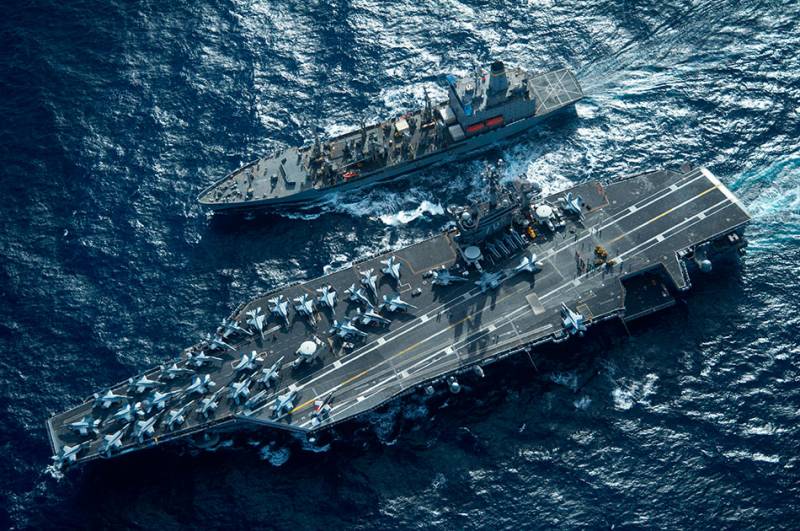 And at the end of the next decade, Beijing expects to have four or five aircraft carriers.

In addition to the creation of aircraft carriers, there is intensive work on the development of a strike submarine fleet and destroyers with guided missile weapons, which will make warrants to Chinese aircraft carriers. 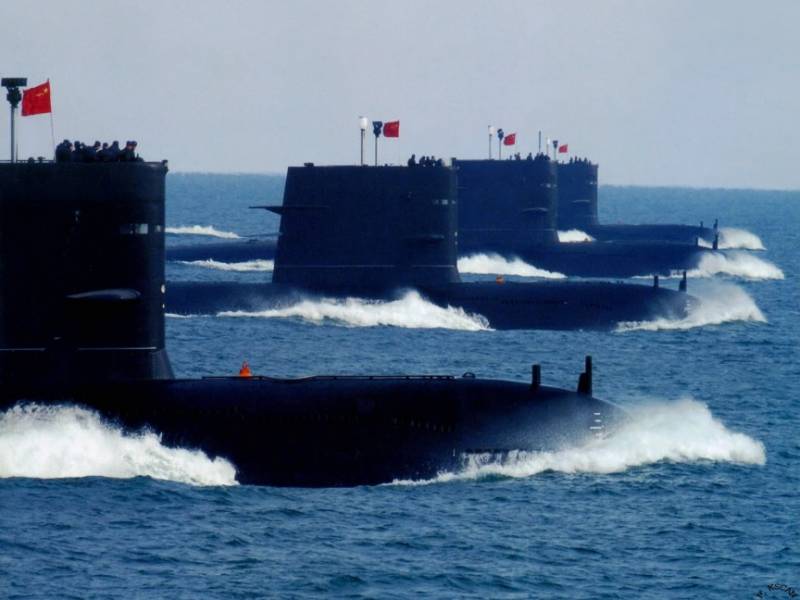 As stated in Beijing, a possible task for the carrier groups would be to “ensure the breakthrough of China’s fleet through the first chain of islands, including Japan, Taiwan, South Korea and the Philippines, and the establishment of China’s influence in the western part of the Pacific Ocean.

The tasks are undoubtedly not simple, and in their context a comparison of their own achievements with the Russian ones, whose plans to build the new aircraft carrier Storm are still very vague, looks like a propaganda trick.