2 September 2018
26
September 2 in Russia and in many other countries of the world marks the end of World War II. On that day exactly 73 a year ago, the Surrender Act of Japan was signed on board the American battleship Missouri, which officially ended the worst war in stories of humanity. Japan's capitulation was signed on September 2 in 9: 02 by Tokyo time (4: 02 Moscow time), from the Soviet side the document was signed by Lieutenant-General Kuzma Nikolaevich Derevianko. For the USSR, which, together with other allies, accepted the surrender of Japan, this document became an act of implementing the agreements of the Yalta 1945 conference of the year regarding returning to Soviet sovereignty of South Sakhalin and the Kuril Islands.


With the signing of the Surrender Act of Japan, the war officially ended, becoming the largest armed conflict in the history of mankind. The conflict, which lasted six years - from 1 September 1939 of the year to 2 September of 1945, pulled the 62 countries of the world from the 73 countries that officially existed at that time, into the territory of these countries, lived 80% of the world's population. During the war, fighting was conducted in Europe, in Asia and Africa, as well as in the waters of all oceans. Direct hostilities were fought on the territory of 40 states. During the war years, 110 million people were mobilized into the armed forces of howling countries. Total human losses are estimated at 60-65 million people, 27 million of them died at the front. According to the Ministry of Defense of the Russian Federation, the Soviet Union lost in the terrible war 26,6 million of its citizens, including irretrievable military losses amounted to about 12 million people. 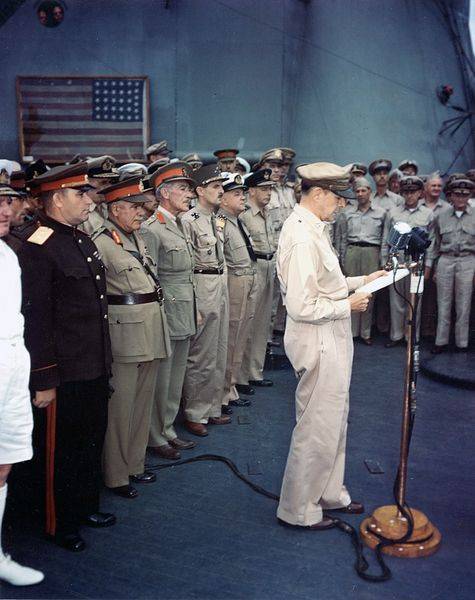 USSR representative KN Derevyanko (second from left) is present when signing the Japan surrender act. At the microphone, General D. MacArthur
One more fact can be added to this terrible statistical information. The Second World War remains the only armed conflict in which nuclear weapon. 6 and 9 August 1945, Americans dropped atomic bombs on the Japanese cities of Hiroshima and Nagasaki. The victims of these bombings were from 90 to 166 to thousands of Hiroshima residents and from 60 to 80 to thousands of Nagasaki residents.

On August 8, 1945, the USSR, in accordance with the decision of the Yalta and Potsdam Conferences, officially joined the Potsdam Declaration of 1945 and declared war on Japan. At the final stage of World War II, the Red Army carried out a brilliant strategic offensive operation in terms of organization and results (August 9 - September 2, 1945). The main objective of this operation was the defeat of the largest unit of the Japanese ground forces - the Kwantung Army, the liberation from the Japanese of the northern and northeastern provinces of China (Manchuria and Inner Mongolia), the Liaodong Peninsula, Korea, as well as the elimination of the bridgehead of aggression and the large military-economic base of Japan in Of Asia. Against the Japanese Kwantung army, which included about 700 thousand people, the troops of the Trans-Baikal, 1st and 2nd Far Eastern fronts were concentrated, consisting of more than 1,5 million people. They acted in collaboration with the Soviet Pacific fleet, Amur military flotilla and troops of the Mongolian People's Republic. 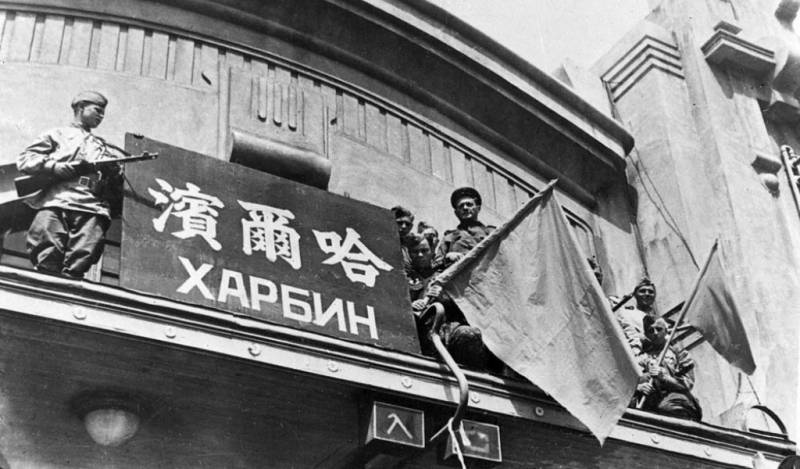 Soviet troops went on the offensive on August 9, 1945, the next day Mongolia entered the war against Japan. The Soviet Air Force attacked Japanese military installations located in Jilin (Jilin), Harbin and Changchun, as well as areas of concentration of troops, communications and enemy communications centers in the border zone. The ships of the Pacific Fleet, entering the Sea of ​​Japan, were able to cut the communications that connected the territory of Manchuria and Korea with Japan. Aviation and naval artillery attacked the Japanese naval bases located in Yuki, Racine, and Seishin.

The units and subunits of the Trans-Baikal Front were able to rapidly overcome the waterless desert steppe areas and the mountain range of the Great Khingan, defeating the enemy's forces in the Kalgan, Solun and Hailar areas. By 18-19 August 1945, they reached the approaches to the most important administrative and industrial centers of Manchuria. From 18 to 27 in August, the Soviet command conducted a series of airborne assault forces, which were landed in Jilin, Mukden, Port Arthur, Harbin, Changchun, Pyongyang and other cities. 18 August Kuril landing operation began, during which Soviet troops occupied the Kuril Islands. At the same time, the main fighting on the continent lasted only 12 days - on August 20, when Japanese troops began to surrender en masse. A day earlier, in Mukden, Soviet troops captured the emperor of the puppet state of Manzhou-Go Pu Yi, this state was formed by the Japanese military administration in Manchuria. 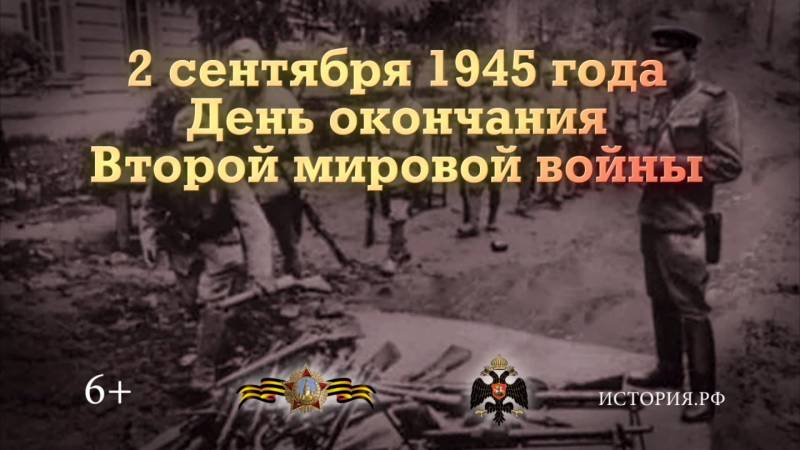 With the defeat of the Kwantung Army and the loss of an important military and economic base on the territory of Northeast China and North Korea, Japan finally lost all the strength and opportunity to continue the war. The Red Army achieved a crushing victory in the Far East, the main fighting ended in 12 days. In total, the Japanese and their allies lost more than 700 thousands of soldiers and officers, of whom up to 84 thousands were killed and more than 640 thousands of prisoners. Soviet casualties in the battles with Japan amounted to 36,5 thousand people, including killed and missing 12 thousand people.

Today is September 2 - Russia’s memorial date is the end of World War II. It was established on the basis of the Federal Law 23 of July 2010 of the Year “On Amendments to the 1.1 Article of the Federal Law“ On Days of Military Glory and Memorable Dates of Russia ”in memory of compatriots who showed heroism, dedication, dedication to their Homeland and allied duty to countries - members of the anti-Hitler coalition in the implementation of the decision of the Crimean (Yalta) conference of the 1945 year in Japan.