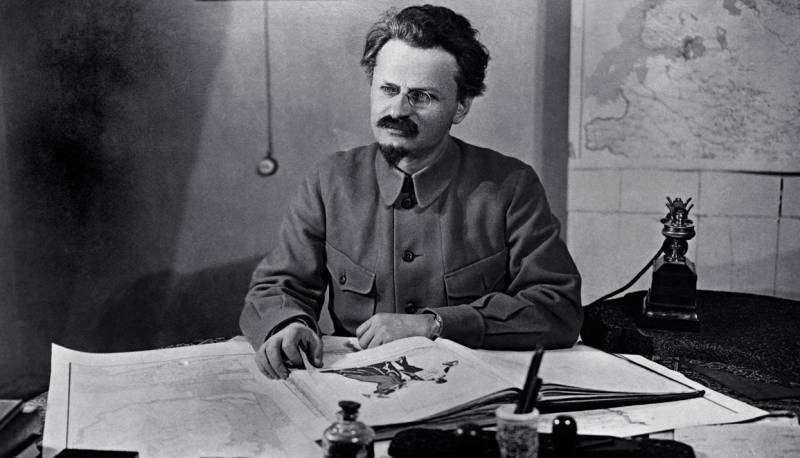 
The document very vividly and clearly defined the essence of the then time: “Face to face with imperialistic predators seeking to strangle the Soviet Republic and tear its corpse apart, face to face with the yellow blues of treason of the Russian bourgeoisie, which turned the working and peasant country to the jackals of foreign imperialism, The Central Executive Committee of the Soviets of Workers, Peasants, Red Army and Cossack Deputies decides: The Soviet Republic is turning into a military camp.

At the head of all fronts and all military institutions of the republic is the Revolutionary Military Council with one commander in chief. All the forces and means of a socialist republic are placed at the disposal of the sacred cause of armed struggle against rapists. All citizens, regardless of occupation and age, must unconditionally fulfill those obligations for the defense of the country, which will be assigned to them by the Soviet authorities.

Supported by the entire working population of the country, the Workers 'and Peasants' Red Army will crush and reject the imperialist predators, devouring the soil of the Soviet Republic. The All-Russian CEC decides to present its decision to reach the widest working and peasant masses, obliging all rural, volost and city councils and all Soviet institutions to hang it in prominent places. Comrade Trotsky is unanimously appointed Chairman of the Revolutionary Military Council. Commander-in-Chief of all fronts - t. Vatsetis. ”

This document established the PBC as the highest collegial body to guide the country's defense. The first chairman of the Revolutionary Military Council of the Republic was appointed Lev Trotsky, people's commissar for military and maritime affairs, who led the activities of the RVSR from September 6 1918 to January 26 on January 1925. RVS was the highest collegiate military authority in the country until June 20 1934, when it was abolished.

Since October 1917, up to March 1918, in Soviet Russia there was no single governing body that would simultaneously deal with the formation of the Red Army, directing its military operations, and ensuring the defense of the country as a whole. These issues were addressed by: People's Commissariat for Military and Maritime Affairs of the RSFSR (Commissar of Military Affairs), formed by the II All-Russian Congress of Soviets; All-Russian Bureau of Military Organizations under the Central Party Committee; The revolutionary field headquarters of the Supreme Commander and the Committee of the revolutionary defense of Petrograd. Evaluating this period, V.I. Lenin said: “We had to go all the time gropingly ... groping, trying, in what way the problem could be solved in a given situation. And the task was clear. Without the armed defense of the socialist republic, we could not exist. ”

Only 4 March 1918, by resolution of the Council of People's Commissars (SNK), signed by V.I. Lenin was established Supreme Military Council with the subordination of all the central bodies of the military department. This decree abolished the post of chief commander, dissolved the Revolutionary Defense Committee, disbanded the All-Russian Collegium on the Organization and Management of the Red Army, and the Revolutionary Field Headquarters at GHQ. L. Trotsky became the chairman of the Supreme Military Council. The exacerbation of the situation on the fronts of the Civil War and the start of large-scale intervention by the Entente countries 2 September created a new body of supreme military power in the country - the Revolutionary Military Council, which combined the functions of the liquidated Supreme Military Council and the People’s Commissariat for Military and Naval Affairs. All the organs and officials of the military department — the commander-in-chief of the armed forces, the All-Russian main headquarters (Vseroglavshtab), the RVSR Field Headquarters, the Supreme Military Inspectorate, the All-Russian Bureau of Military Commissioners (later the Political Department and the Political Directorate of the RVSR), the Military Revolutionary Tribunal and other central management.

By decision of the VIII Party Congress in April 1919, the Political Department was established under the Revolutionary Military Council, which in May was transformed into the Political Administration (PUR). The PUR was responsible for all party political, cultural and educational work in the army and on navy, army press, training of political workers. The political department appointed and approved military commissars, sent the communists to political work. The heads of PUR at different periods of the civil war were I.T. Smilga, L.P. Serebryakov, S.I. Gusev, V.A. Antonov-Ovseenko. In October 1919, the Institute of Political Leaders of Companies, Squadrons, and Batteries was introduced to help the military commissars of the regiments. In December 1919, at the initiative of the Central Committee of the party and the RVSR, the All-Russian Congress of Political Workers was convened, which adopted the provision on the political departments of the fronts, armies, and divisions.

Trotsky (chairman), Petr Kobozev, Konstantin Mekhonoshin, Fedor Raskolnikov, Karl Danishevsky, Ivan Smirnov, Arkady Rosengolts and Joachim Vatsetis (commander-in-chief of the armed forces) were included in the first composition of the RVS. At the first meetings of the PBC, responsibilities were distributed among its members. So, Nikolay Podvoisky, who became a member of the September September XII, and Mekhonoshin, became the head of the Supreme Military Inspectorate, Smirnov united leadership of political work in the army, and Danishevsky was entrusted to lead the Revolutionary Tribunal. To this composition of the Revolutionary Military Council, members of the Commissariat of Military Commissars Ephraim Sklyansky, Semyon Aralov and Konstantin Yurenev were soon joined. Sklyansky took the post of deputy chairman of the Revolutionary Military Council, the rest of the PBC took an active part in the combat work on the fronts. It is worth noting that many of the most important issues of military construction and the organization of hostilities were usually not resolved by the entire composition of the Red Army; since the majority of its members had been on fronts for months.

8 July 1919 of the year Lenin signed a decree of the Council of People's Commissars on the approval of a new, abbreviated (6 man) PPC composition. It includes: Trotsky (chairman), Sklyansky (deputy chairman), A. Rykov, S. Gusev, I. Smilga and the new commander-in-chief S. S. Kamenev. All the rest were relieved of their duties as members of the Revolutionary Military Council, leaving them in responsible military work — they were usually members of the front-guard military revolutions. Since then, the meetings of the Revolutionary Military Council have become regular. They were held three times a week: on Mondays, Wednesdays and Fridays. In the future, throughout the entire period of the Civil War, at various times, the RVS consisted of: N.I. Podvoisky, D.I. Kursky, I.V. Stalin, V.M. Altfater, V.I. Nevsky, A.I. Okulov, V.A. Antonov-Ovseenko.

Thus, during the heavy civil war, the Revolutionary Military Council, as the supreme military authority in the Soviet republic, managed to unite all military institutions, form a massive regular Red Army, mobilize all the human and material resources of the country, protect the October conquest of the White Guards, and various nationalists and interventionists. It is enough to note that only in the first four months after the establishment of the RVSR, the Red Army was replenished with 60 with new divisions, tens of thousands of military specialists - representatives of the commanding staff of the Russian imperial army - took up military service. In the Red Army, they began to massively prepare their command cadres — with the help of special courses of the Red Army. RVS always kept the work of training courses for red commanders under special control, and at critical moments when it was necessary to change the course of an operation, consolidated cadet brigades were introduced into battle, which were distinguished by courage and perseverance in battle.

RVS also prepared second-line troops - in Moscow alone, the number of reserve formations was almost 100 thousand workers, and in the Moscow District about another 100 thousand people were trained, in Petrograd - 50 thousand people. In addition, the Red Army was used for peaceful construction. In 1920, the First Revolutionary Army of Labor was organized in the Urals, and the Ukrainian Labor Army was created in the same year.

Interestingly, at the same time, Trotsky began to create the core of the future "world army". At the beginning of 1919, national and international units began to form as part of the Red Army by order of the RVSR. Thus, a cavalry brigade of Volga Germans, a Bashkir rifle brigade, a Latvian rifle division, and others were formed. At the same time, companies and battalions of Hungarians, Czechs, Poles, Germans, mostly from among former prisoners of war, were formed. Korean and Chinese units were also formed.

Author:
Alexander Samsonov
Articles from this series:
Smoot. 1918 year
How to create a volunteer army
How the battle for the Don began
"Your talk is not needed by the working people. The guard is tired!"
100 years of the Workers 'and Peasants' Red Army and Navy
Who incited the Civil War
White fought for the interests of the West
Anti-Russian and anti-state white project
How "Ukrainian Chimera" incited the Civil War
How to create Ukraine and the "Ukrainian people"
How the red took Kiev
Victory of the Red Army on the Don
Bloody Battle of the Ice Campaign
How Kornilov stormed Ekaterinodar
Destined to die? Died with honor!
People against power
How Drozdovtsy broke through on the Don
How drozdovtsy stormed Rostov
Don Republic Ataman Krasnov
West helped the Bolsheviks?
Why did the West support both red and white?
Why do Czechoslovak murderers and looters erect monuments in Russia
Second Kuban campaign
Eastern Front Education
Why did they kill the Russian tsar?
Rise of the Left Social Revolutionaries and its weirdness
How white occupied the capital of Kuban
Bloody battle for Yekaterinodar
Kappelevtsy take Kazan
"For the Soviets without the Bolsheviks"
The landing of the British in Arkhangelsk. Formation of the Northern Front
The heroic campaign of the Taman army
Why tried to kill Lenin