21 May 2012
7
In mid-April, the SAS 2012 exhibition of the Naval League of the USA, organized by the Naval League of the USA, featured a mini-precision 2012-mm aerial hatchet for UAVs. Initially, the creation of this miniature bombs was planned for the Predator drone. However, it can be used on virtually any drone, as well as from airplanes and helicopters. For example, the “Hellfire” guide on which the 60-kilogram rocket is suspended may carry around the 49 “Hatchet”. The weight of one mini bombs from the company "Alliant Techsystems" 24 kilogram. This is quite a significant achievement because the closest competitor from Raytheon is 1.81 kilogram. 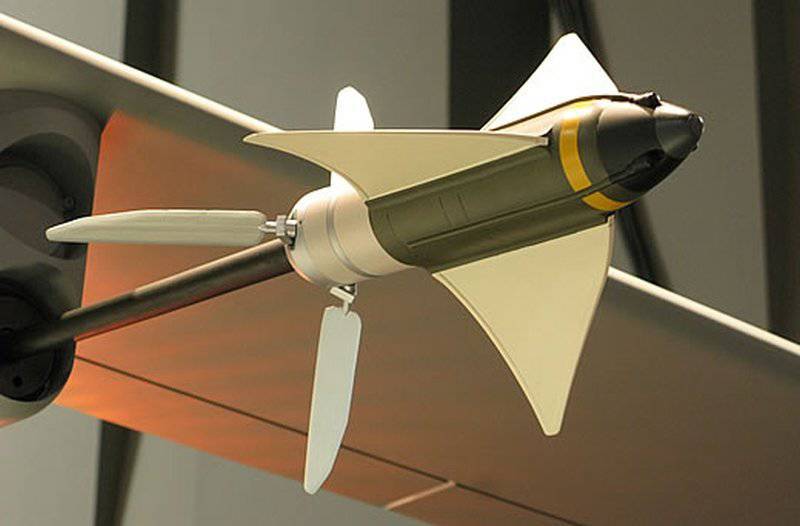 According to the developers, this high precision aerial bomb will be as efficient as possible for use in urban environments and for the destruction of unarmored objects. The accuracy of the bombs will allow to destroy the target in a particular room without serious damage to the neighboring living quarters. So the use of the Hatchet mini bombs to arm the RQ-7 Shadow drone turns it into a real mini bomber that can last for a long time, is in the air and when receiving a command to use its weapons.

In Afghanistan and Iraq, the aircraft of the United States and NATO units did not fly into the sky for more than one hour. The exception is the RQ-7B Shadow drone. In addition, not all aircraft can conduct a better overview of the terrain than unmanned aviation systems (ALS). However, at that time, drones had neither weapons nor the ability to issue laser target designation. In the best case, the operator RQ-7B Shadow, upon detection of a target, provided a location for working on it for artillery or helicopters. 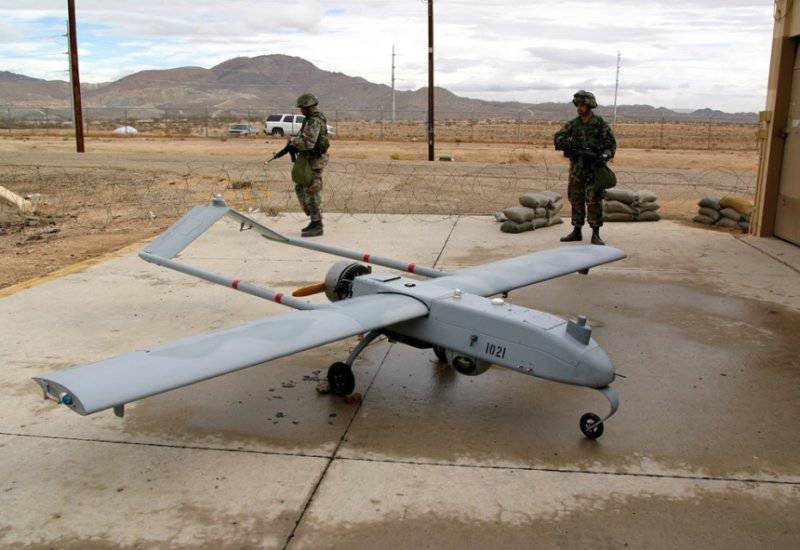 Now, for drones develop new types of weapons, guidance systems and navigation systems. The US military has overcome various barriers to combat use of drone-class lower than the MQ-1 Predator. For a long time, the development of weapons of drones, stood in one place. The US Department of War, finally decided and decided to arm almost all the drones available in service. Discussions are already underway on various options for armed UAS, which during special operations can not only perform reconnaissance functions, but also perform purely combat missions. Now the efforts of the American military are aimed at increasing the armed ALS from several hundred to several thousand.

The US military industry began to create various types of weapons and ammunition, pending the promulgation of requirements for RQ-7 Shadow drones or less class. After installing the X-Rum-2002 Predators drone of the Lockheed Martin AGM-1 Hellfires air-to-surface missile in 114, the military department begins implementing weapons integration programs for various BAS systems. In particular, the programs are talking about ammunition (such as a bomb or a rocket). For use on board the drone of small arms, UAS is not yet ripe.

But recently, the smallest of the existing AGM-114 rockets with a 49 mass in kilograms exceeds the maximum payload of the RQ-7B BAS on 10 kilograms, and for its use it was necessary to remove some of the installed equipment, and the drone was becoming almost blind. In 2004, work begins on the creation of high-precision ammunition specifically for the BAS class type RQ-7 and below. In the spring of 2010, the army's Aviation and Missile Command make a request to search for a new type of precision weapons weighing less than 11.3 kilograms for UAS weapons. These new precision-guided munitions were planned to be mounted on UAVs of the “RQ-7” type, along with an optical sensor and a laser designator. 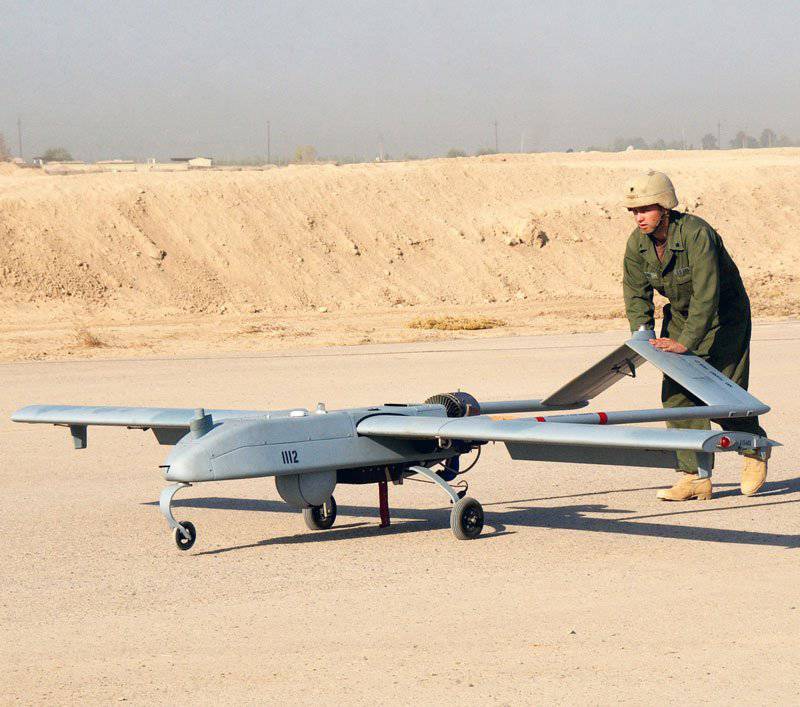 For several months, MBDA demonstrated an extended range of small aerial bombs (SABER) at Farnborough. This family of small ammunition weighing from 4.5 to 13.6 kilogram. "SABER" were the first ammunition that was created in the framework of the search for military weapons to equip Shadow type drones.

ATK is also starting a game on the market for small precision-guided munitions. In April, 2012 presented the 60 mm “Hatchet” 1.81 kilogram. It has two sets of three fins (aerodynamic surfaces), tail guided, and the system controlling them. A virtual use of several Hatchets to defeat mobile air defense systems was demonstrated. 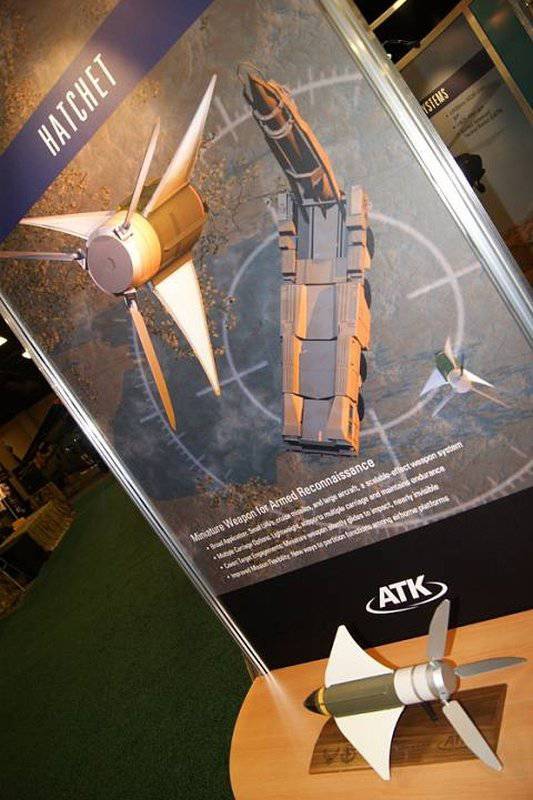 But the plans of the American military have changed again. The armament of the “RQ-7” used in the units of the Marine Corps has been postponed. Although the plans of the Marine Corps Command, announced in December 2011 of the year, are known about receiving ammunition for UAS through 12 months after signing the contract for their production. This is a completely logical step for the US Marine Corps. According to reports, the RQ-7 patrol drones detect many targets, and caused by armed aircraft do not have time to arrive and attack targets - the identified targets either disappear or quickly leave the detection area. Despite urgent requests from commanders of marine units stationed in Afghanistan to receive ammunition for UAS, the proposal to manufacture (contract) with any manufacturer of such ammunition has not yet been issued (not signed) by the command of the US MP. Informed sources say that this is primarily due to the problems of compliance with international treaties on the armament of small UAS. 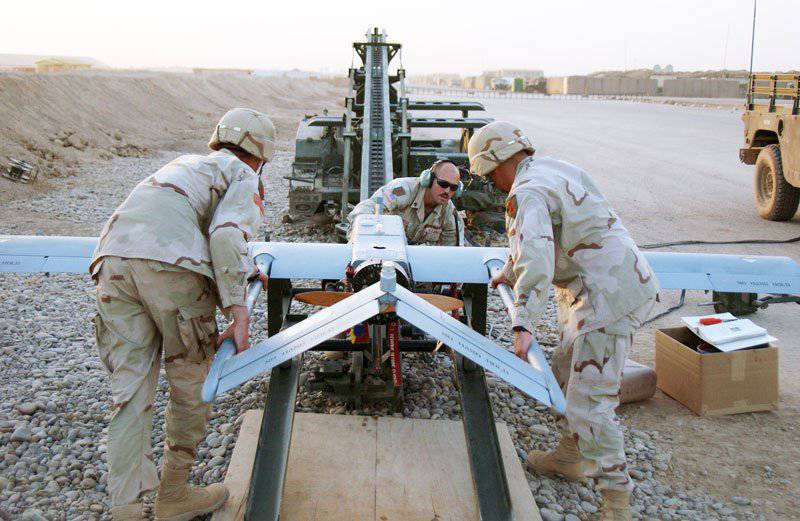 And even though the MQ-1 Predator was armed without any problems back in the 2002 year, now the RQ-7 armament can be pulled to violate the treaty on the elimination of medium and short-range missiles (INF). In the meantime, there is a discussion of the BASi weapons problem solving, the industry expects that competitions for the development of high-precision small ammunition for unmanned aircraft systems will begin in the near future. At this time, research has begun on the program "LMAMS" - flying miniature air systems of ammunition. The USAF has already allocated almost 10 million dollars for the development of the program. Possible deliveries are planned after testing, roughly after 2013.