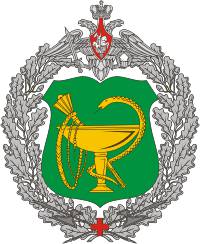 On the health of the defenders of the homeland save immorally

The contradictions between the army and society associated with the radical steps of military reform, are again exacerbated. According to sources from the defense ministry, Defense Minister Anatoly Serdyukov decided to complete all organizational staff reductions in military medical institutions and universities not by 2013 year, as planned earlier, but by December 1 this year. In connection with this, another directive has been sent to the troops.

Before the beginning of winter, the Saratov, Tomsk, and Samara military medical institutes, as well as the State Institute of Advanced Training of Doctors of the Ministry of Defense with the corresponding multi-disciplinary military hospitals, should be completely disbanded. In addition, the system of sanatorium-resort support of the Armed Forces is being transformed: in fact, the treatment of servicemen and retirees is being replaced by cultural recreation and tourism. At the same time, instead of the sanatorium-selection commissions, the Ministry of Defense is switching to providing vouchers to the quotas distributed to the troops, which infringes the rights of military retirees. And they are as many 6,3 million people.

Military medical institutions (VLU) were reduced, and the garrisons remained. That is, there is no one to treat soldiers and officers. The liquidation of a military hospital, which is often the only one in a particular region, means that soldiers will have to be treated in civilian medical facilities. That is, now the Ministry of Defense will pay for the treatment of the soldiers, however, as you know, the money for this does not always come on time. And it is good if the military department concluded relevant agreements with civilian medical institutions. However, according to the State Duma deputy Oleg Kulikov, in the Saratov, Lipetsk and Voronezh regions, in the Primorye Territory, for example, there are no such agreements.

It should be noted that the shortage of military medics is already affecting the provision of first aid to soldiers and officers during hostilities and other emergencies associated with unforeseen casualties. This, by the way, was demonstrated by the terrorist act that recently occurred at the 136 test site of the brigade in Buynaksk (Dagestan).

Extremely alarming, not only for the army, but for the entire population of the country, is another fact. According to NG, a source who had served in the Main Military Medical Directorate for a long time, the army’s sanitary and epidemiological service underwent significant “cuts” as a result of the reduction in military command and control. fleet. According to the source, "in fact, with the current number of epidemiological units remaining in the troops, the State Military Medical University today is unable to carry out preventive work to prevent the spread of especially dangerous infections among personnel." This problem can become extremely acute during the first epidemic or pandemic of infectious diseases. The consequences, according to the source, can be sad, and not only for the army, but for the whole of Russian society.

Now in St. Petersburg, with the participation of 160 military and civilian epidemiologists from 42 countries, the International Medical Forum is being held. "AT stories Infectious diseases control plays a very significant role and now belongs to the national armed forces of various countries, ”said Captain Kevin Russell, Director of the Department of the United States Department of Defense for Global Oversight and Response Systems, at this forum.

In the meantime, it was the Russian military medicine that was once strong in dealing with particularly dangerous infections. Now, it turns out, this activity is in oblivion. It is clear that in the framework of giving the army a “new look”, the Minister of Defense and his subordinates were carried away with savings. Another thing is that maybe there are things that you should not save on. First of all, on the health of those who protect the country.