August 10 2018
3
For almost two decades, the domestic defense industry did not have sufficient funds, not that the development of a new, modern weapons, but even to maintain in a decent condition of the existing arsenal. Concern "Almaz-Antey" never reduced the pace of production ever! Even in the most difficult times, work was carried out on the creation of anti-aircraft missile systems (ZRS) and anti-aircraft missile systems (ZRK). This allowed to accumulate an unprecedented, in fact, experience. 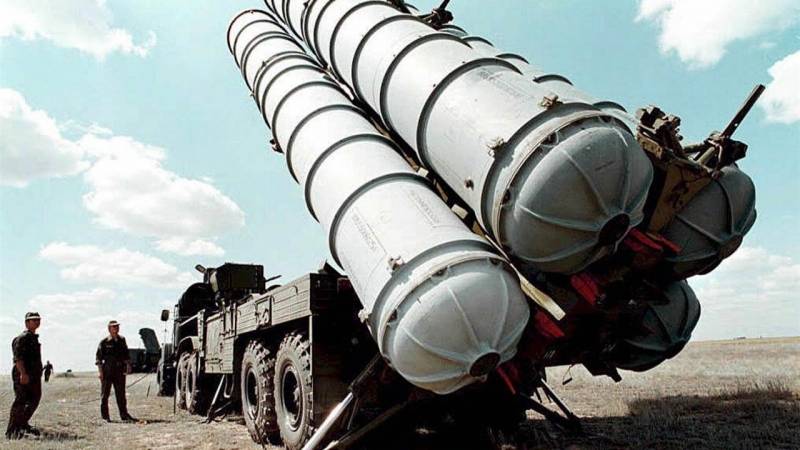 Anti-aircraft missile system C-300.
By the end of the 1960-ies, given the analysis of the experience of hostilities in the Middle East, there was a need to develop a mobile air defense system with a minimum time of transition to the combat position and back. So in 1969, work began on the C-300 anti-aircraft missile system, the main characteristics of which almost did not change until the 90-x.
However, in 1993, the S-300PMU1 air defense system was adopted, which by its main characteristics exceeded its predecessors twice: target range to 150 km, instead of 75 km, flying at speeds up to 2800 m / s, against 1300 m / s, as it was before.

Main characteristics
The Triumph C-400 anti-aircraft missile system (C-400, originally - C-300PM3, air defense warning index - 40Р6, according to the codification of the US Ministry of Defense and NATO - SA-21 Growler) is no longer a system, but an anti-aircraft missile system (SAM) . According to the results of a study conducted by the Air Power analytical center in 2009, it has no analogues in the world.
US Patriot systems have the worst combat performance. For example, targets that are capable of hitting American air defense must fly at a height of at least 100 meters, against 5 meters from C-400.

The main characteristics of the C-400

MIM-104 - range 3-100 km, target speed to 1800 m / s, weight of warhead 91 kg
ERINT - range 10-45 km, weight of warhead 24 kg
The low, compared with the C-400, parameters of the missiles of the Patriot complex are partially compensated for by the aiming accuracy and high maneuverability. The PAC-3 rocket is intended, first of all, to destroy ballistic missiles. The use of this satellite navigation increases the accuracy of pointing, if not for one thing, but. Information from the satellite launched rocket receives only after a half minutes, and during this time, the target may have time to fly more than 300 kilometers. The PAC-2 missiles used have a longer range and ceiling compared to the PAC-3 and PAC-1, but they are still inferior to the C-400 missiles.

C-400 flying target range
All existing and future flying vehicles can be detected by the C-400. The system effectively detects any type of aircraft, ranging from high-altitude reconnaissance aircraft, ballistic missiles of any range, ending with UAVs and low-flying targets.
Two radar stations 91H6E, which are part of the complex, detect targets at a distance of 600 kilometers. Detection of stealth objects up to 150 kilometers. Up to 100 targets can be followed simultaneously with automatic priority selection.
The control system of the C-400 air defense system can be conducted from a central command post, from DLRO planes, satellite networks. Launchers of the complex can be separated from each other by a distance of 90 kilometers.
The overall control system may consist of the following components:
• C-400 Triumph 98ZH6E
• C-300PM1 (via 83М6Е)
• С-300ПМ2 (через 83М6Е2)
• Thor-M1 via Rangier-M
• Armor-С1 through KP
Obtaining targets and controlling radars: 96ЛХNUMXЕ / 6K30E, Opponent-GE, Gamma-DE.
The ability to integrate 92H6E radar support systems for each battery with:
• Baikal-E
• In a radius of up to 40 km - 30K6Е, control systems 83М6Е and 83М6Х2;
• command posts of the Air Force and Polyana-D4М1