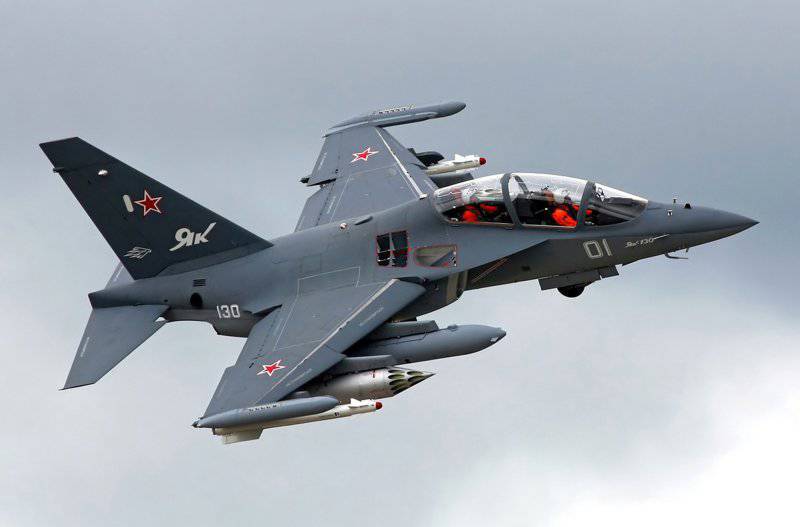 The cadets of Borisoglebsky Aviation Center are preparing to transfer to a new combat training aircraft - the Yak-130. Pilots call this car a computer with wings - it can imitate any type of aircraft and carry out the tasks of attack aircraft, fighter and even a bomber.

The pantomime of cadets is similar to the game of boys in pilots. In fact, everything is serious. Piloting graduates of the Borisoglebsky aviation center is the dress rehearsal of this flight.

“Victory in the air is forged on the ground. And here we go, and we work everything out. To the smallest detail. What turns to be, speed, height, when and what to withdraw, and so on,” said cadet Pavel Strugushchikov.

Wooden planes in the hands of cadets - the model of the attack aircraft Su-25. On these machines, they will take the final exam. A new set of future pilots will take up a smaller copy of the Yak-130. At the moment, these machines are in the final stage of operational testing in the air. While at the helm sit only officers-instructors.

“Both on maneuverability, and on speed, and on armament, the plane has very good characteristics. And this is one of the steps of retraining pilots for a plane like the Su-34,” said Sergey Polesky, navigator of the Borisoglebsky aviation center.

The new model of the aircraft is intended to be a change of Czech L-39, which for thirty years passed training Russian pilots. Yak-130 equipped with integrated digital electro-remote control system. Their main feature is the ability to transform from a "flying desk" into a real attack aircraft.

Fifth generation Yak-130 combat training aircraft are comparable in their maneuverability and aerodynamic qualities to the legendary MIG-29. This is a real wagon. Depending on the combat mission, he is able to perform the functions of an attack aircraft, fighter, and even a bomber. In the air, the Yak-130 can lift a combat load exceeding its own weight.

The aerodynamic configuration and parameters of the Yak-130 allow it to fly in virtually all modes characteristic of modern and advanced combat aircraft. 130 is, of course, a training aircraft, but the level of loads during takeoff is no different from a combat vehicle. During 30 minutes of flight, the pilot loses calories, as during three hours of hard physical work. Therefore, in the aviation center pilots overweight does not happen.

The pilots have already nicknamed the Yak-130 computer with wings. The undisputed trump card of this machine is the ability to reprogram the control system in order to accurately simulate a specific type of combat aircraft. This is a real transformer. Three in one. At the same time, it is possible to work out the actual use of many types of aviation weapons. And not only unguided, as on L-39, but also high-precision.

"You can turn all the figures of simple, complex and aerobatic flying at low, medium and extremely low altitudes. It will be designed, in the future, to train flight cadets. It’s simple to control. The future is behind it," the head of the Borisoglebsky aviation center told about the aircraft Victor Lyakhov.

Already in the summer, seven more training and combat aircraft of the new generation will be available to the Borisoglebsky aviation center. This will already be a real squadron. The cadets training program is approved - takeoff, landing, piloting, navigation, performing complex maneuvers. The only problem is that the ground center simulator of the new Yak has not yet been installed in the aviation center. And because the helm instructors promise to let the cadet honors at the helm. There are more contenders than cars. And progress, according to the commanders, went up sharply.