16 May 2012
28
11 on May 2011 of the American enterprise General Dynamics Electric Boat in Cuonset Point (Rhode Island) held the official groundbreaking ceremony for the first atomic multi-purpose submarine of the Virginia type Block III - SSN 784 North Dakota. This ship should be the eleventh submarine of the Virginia type. The boat itself is being built at General Dynamics Electric Boat in Groton, Connecticut, and hull sections are made at Quonset Point.

The main differences of the Virginia Block III series submarines (also known as Batch 2) from the Block I and II series boats (Batch 1) will be the replacement of the HACOS spherical antenna with the new Large Aperture Bow (LAB) antenna and the replacement of 12 vertical winged launchers Tomahawk missiles for two Virginia Payload Tubes (VPT) universal nasal modules with a diameter of 2,1 meters that can be used to accommodate each of both six Tomahawk cruise missiles and another target load. 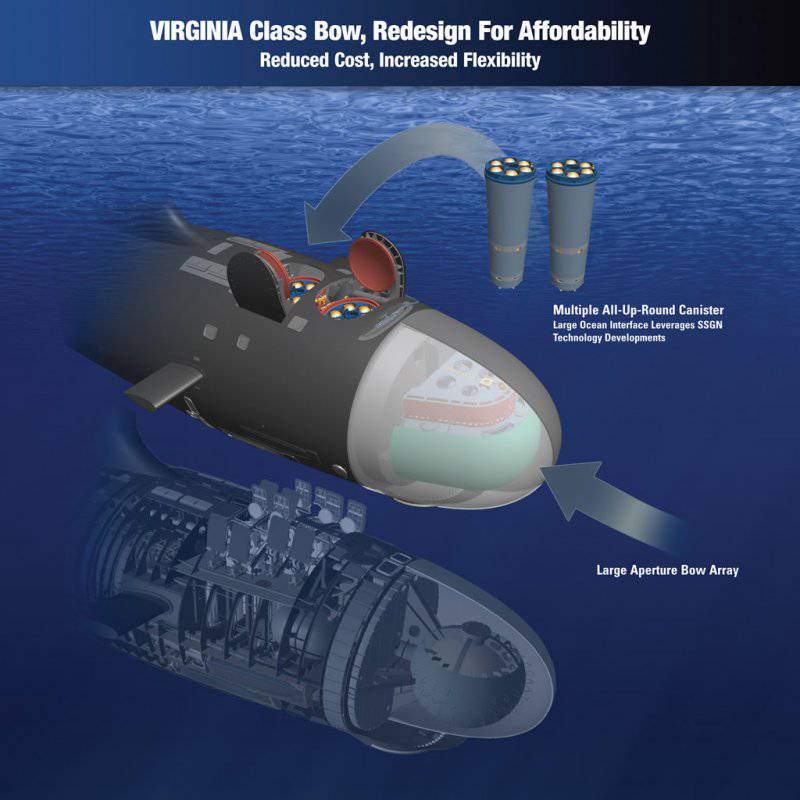