16 May 2012
19
Before 2MB in Germany, the creation of heavy tanks Porsche and Henschel und Sohn were involved, but no concrete results were achieved, although Porsche had some success. In the spring of 1941, the Tigerprogram program was launched to create a heavy tank by mid-1942. Both companies had to provide prototypes.

26 May 1941 at a meeting devoted to the prospects of designing and creating new types of weapons and equipment, which was attended by Hitler personally, Porsche and Henschel were instructed to create prototypes of a heavy tank as soon as possible by the middle of 1942. Krupp was obliged to make a prototype with a cannon for prototypes. The basis for the new Henschel tank was the development of VK 3601 (H), for Porsche VK 3001 (P) Leopard. The heavy tank was supposed to have a weight of 45 tons and carry a KwK L / 56 gun caliber 88 mm. The main differences of the prototypes are the 24 3 skating rink in a row, the Porsche 6 skating rinks of the reference type. In addition, the "Porsche" tower shifted to the front of the hull, which greatly violated the distribution of weight. The power plant, located in the stern of the prototype - 2 gasoline engine "Type 101 / 1" with air cooling type. They rotated two electric generators, electricity was fed to two electric motors, each of which rotated the caterpillar in turn. Instead of the usual gearbox, electric registers were installed, with the help of which the travel speed was adjusted. Here we see an extraordinary approach to the task of Dr. Porsche. But not everything is as good as it seems. Gasoline-type engines turned out to be a very unreliable solution for creating a prototype, they quickly broke down, required constant repair and easily ignited. The electrical system used was in dire need of copper - a rare metal for Germany. In mid-April, 1942, both prototypes arrive in East Prussia and make 11-kilometer mileage to Hitler's headquarters. Both prototypes often broke throughout the run. On his birthday (April 20), A. Hitler is shown prototypes of heavy tanks. Porsche prototype - VK 4501 (P), Henschel prototype - VK 4501 (H). The head of Nazi Germany examined only the VK 4501 (P) car, having spent almost 20 minutes on this, VK 4501 (H) did not attract, listening to A. Hitler. Everyone knew that Dr. Porsche went to his pets. By the way, the VK 4501 (H) prototype then had a tower part borrowed from Porsche. The tests showed the inconsistency of the VK 4501 (P) prototype - in driving performance it was very clearly inferior to the experienced Henschel machine. The main test was scheduled after six weeks at the German Tank School, which successfully passes a prototype from Henschel. Obvious disadvantages of the prototype VK 4501 (P):
- low maneuverability;
- too unstable on soft ground;
- imperfect control system;
- A longer body in comparison with a competitor. 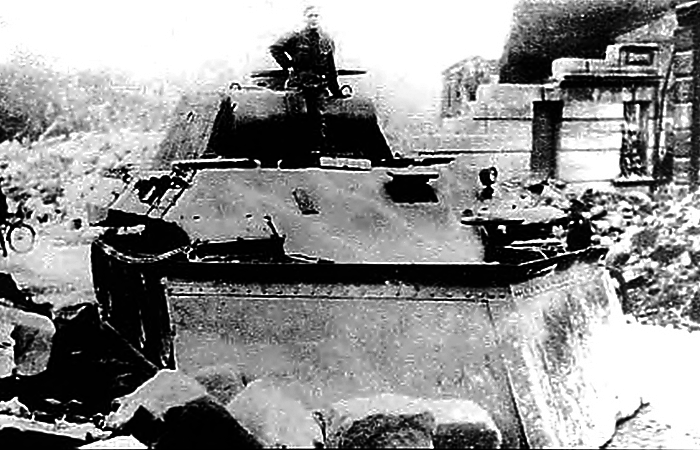 A month later, VK 4501 (H) are adopted and launched into mass production. The confidence of Dr. Porsche in the victory of his prototype led to the fact that he independently began mass production of his sample, even before the main test. In total, Porsche managed to produce about 90 units VK 4501 (P) before adopting VK 4501 (H). The manufacturer has tried to use the machines built as a technique for various purposes and thereby rehabilitate its name. In September 1942 was decided to arm several PzAbt. Used engines of petrol type helped a lot in resolving this issue. But here, too, Porsche suffered a setback - five tanks sent for testing to Austria do not pass it, and three tanks are converted into repair machines by the Bergepanzer Tiger (P). Further efforts of Porsche led to the fact that on the basis of this small series of tanks, it was decided to create heavy PT SAU "Ferdinand". But the turning point in the war, the heavy fighting in Stalingrad led the German command to the idea of ​​creating a “Rammtiger” to perform the tasks of cleaning the streets from barricades and temporary structures.

Such a machine was provided with inclined armor plates and a special blade for carrying out the assigned tasks. Technique armed MG. By the end of 1943, Porsche had prepared technical documentation. At the beginning of 1943, A. Hitler decides to convert three VK 4501 (P) into a street armored bulldozer Rammtiger (Raumpanzer). Tanks needed a little change, and they could be used as intended. The records found show that, most likely, street cycle bulldozers were built and ready to pass basic tests. Data on their use during hostilities is not available. There is also no confirmed data on the seizure of this equipment by the Soviet troops. 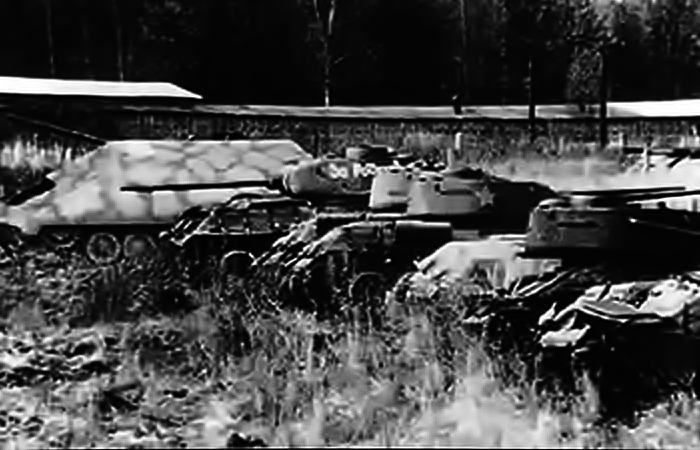