2008 is on the threshold again 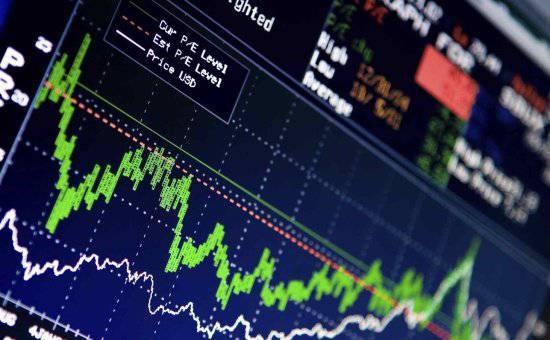 The political crisis in Greece threatens to cover the world with a new wave of economic crisis. Another attempt by Athens to form a new government, undertaken over the weekend, ended in vain. As a result, the prospect of excluding Greeks from the euro zone became even more pronounced, and world markets on Monday continued a massive fall, turning into a landslide. The situation is increasingly reminiscent of the events of the infamous 2008, marking the beginning of the global economic crisis. The only difference is that if four years ago the collapse of the largest investment bank Lehman Brothers became a signal to the general collapse, now the collapse of an entire country in the eurozone could become a detonator of a financial catastrophe.

Recall, 6 May in Greece held early parliamentary elections. Since then, the three parties that won the largest number of votes cannot agree among themselves and form a government. President Karolos Papoulias has already joined the process, but his participation has not brought success yet. Negotiations are continuing, and observers are more confident in talking about the inevitability of holding repeat elections in June.

The main obstacle to the creation of a new cabinet was the rigid position of the radical left party SYRIZA, which showed a second result in the elections and put an end to four decades of domination of the PASOK and New Democracy parties in the political scene in Greece. On Sunday, its leader, Alexis Tsipras, refused to enter a government that supported austerity measures. SYRIZA is confident that Europe’s neighbors will not stop financing the Greek economy even if the country refuses to restrict the restrictions imposed by lenders.

This position resonates with the local population. During the week of political chaos, the popularity of the party has increased dramatically: if 6 in May SYRIZA received 16,8% of the vote, then according to polls conducted last week, now it is already supported by 28% of Greeks. And this means that SYRIZA has every chance of becoming one of the leaders and having the opportunity to form its own coalition, which can refuse to fulfill the conditions of the EU and IMF loan.

However, such self-confidence can leave Athens sideways. In Europe, they openly declare that they are ready to put up with the exit of Greece from the eurozone. For two years, the monetary community managed to prepare well enough for such an outcome. The loss of a fighter will, of course, be painful, but not fatal. True, the aggravation of the general recession in the region cannot be avoided. And this, in turn, will ricochet across the global economy.