July 7 2018
122
After the end of World War II, specialists from the Main Intelligence Directorate of the USSR Ministry of Defense took part in a huge number of secret operations, many of which led to the death of leaders of various countries and political movements, as well as receiving top-secret materials about plans and new weapons potential adversaries.


Separately among these special operations is the abduction of the newest American helicopter AN-1G "Hugh Cobra". It gave a new impetus to the development of the domestic helicopter industry and made it possible to successfully modernize the Strela-2M man-portable air defense system, which became a real headache for Americans in Vietnam. Although ... officially nothing like this happened at all, and the leak of information about the most mysterious operation of the Soviet special services occurred only after some of its members decided to tell about the exploits of their youth before their death. 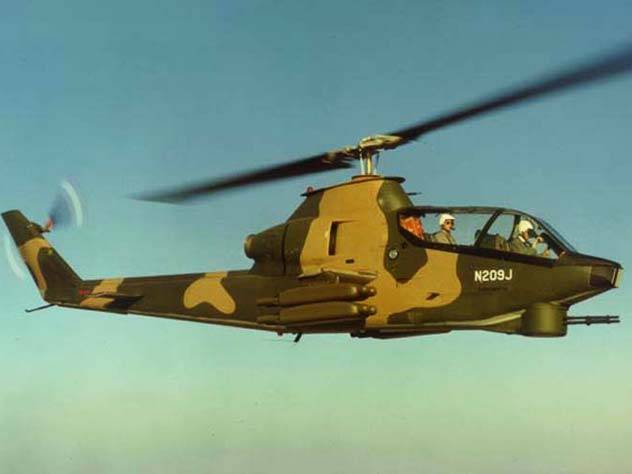 In the distant 1967 year, Vietnam was blazing in a fire of fratricidal civil war. The communist North was supported by China and the USSR, and the government of South Vietnam relied on US assistance, which introduced its own armed forces into the country.

In fact, the territory of this country has become a place for testing new types of weapons and tactics for conducting fundamentally new military operations, one of which was the infamous “carpet bombing” conducted by the Americans.

It is no secret to anyone that the fighters of the Democratic Republic of Vietnam went on the offensive after receiving new consignments of Soviet and Chinese weapons, and the American paratroopers helped fight off the Saigon armies. The Iroquois attack helicopters delivered punctuated strikes at the concentration centers of the Viet Cong partisans, but were very vulnerable to the Soviet Strela-2 MANPADS.

Everything changed on the eve of the new 1968 of the year. The powerful offensive on the US military bases deployed by North Vietnam literally choked on blood. This was due to the latest American AN-1G “Hugh Cobra” helicopters, literally on the eve of arrivals from the USA.

They had better armor protection, were extremely maneuverable, and easily avoided the attacks of the Strel, and the latest weapon systems made the Super Cobra a very serious combat unit. 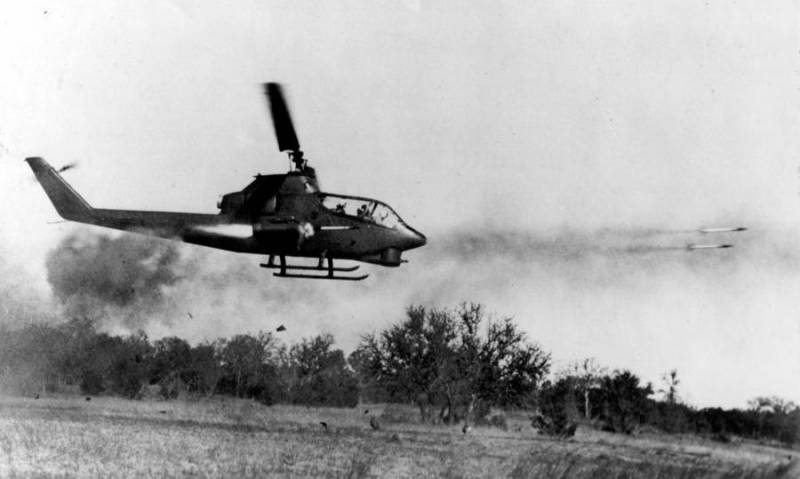 To accomplish these tasks, the AN-1G was equipped with missile launchers, 40 mm automatic grenade launchers, 7,62 mm machine guns and XM-3 cluster mines. aviation smoke devices made it possible to hide the exact location of the helicopter, reducing the effectiveness of the use of air defense systems.

Understanding that the situation was getting out of his control, Ho Chi Minh had to ask for help from the Soviet Union, which itself turned out to be completely unprepared for such a development of events.

Get a trophy at any cost

It was necessary to solve the arisen problem in the shortest possible time. As always in such cases, the military specialists of the Main Intelligence Directorate of the USSR Ministry of Defense were to come to the rescue. By that time in the jungles of Indochina, there were already several Soviet sabotage groups that possessed an extensive spy network.

Already by the spring of 1968, it was possible to establish that in the territory of Cambodia, in 30 km from the border with North Vietnam, is the top-secret American military air base Flying Joe. The fact that even the government of Cambodia did not know about the existence of an island in the impenetrable jungle of the American Air Force could indicate the level of secrecy.

The Flying Joe Air Base did not have a large size. It was based on several light and transport helicopters, as well as 4 shock "Super Cobras".

The main task of the pilots was the covert sabotage of sabotage and sniper groups into the jungles of North Vietnam, as well as the evacuation of the fighters after completing the combat mission. Helicopter pilots did not enter into direct confrontation with the Vietnamese army. They guarded the base carelessly, confident that nothing threatened them on the territory of sovereign Cambodia.

What was their shock when, on one of the days of May 1967, a group of thugs broke into the base, on the shape of which there were no identification marks! The attackers were no more than 10 people, but under their precise fire, only for the first 20 minutes of the battle, 15 Americans were killed.

But the most surprising was that the "partisans" managed to blow up three AN-1G, and on the fourth helicopter ... just flew away. On the battlefield, they left only the three corpses of their comrades who had a characteristic Asian appearance.

Hide your own shame

The American commandos that arrived on the scene of the accident could not identify the dead who did not have any documents with them. Even their small arms and knives turned out to be American, and there were no distinctive tattoos on their bodies.

As the GRU veterans later told, they were all ready for the fact that any special operation could be their last in life. Therefore, in addition to weapons and explosives, they carried with them capsules with a fast-acting poison, which they used in critical situations. 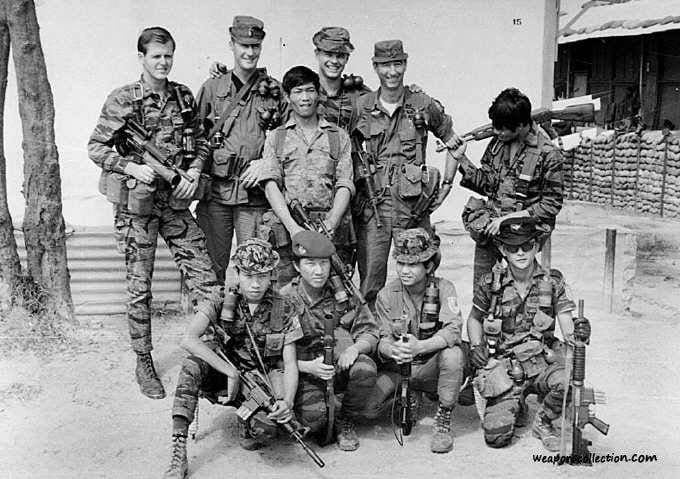 The professionalism and lightning speed of the operation prompted the Americans that the work of the GRU special forces was in front of them, but no direct evidence of the presence of Soviet military experts on the Flying Joe was ever found.

The fact that the Americans themselves were on the territory of Cambodia illegally added a special piquancy to the situation. Political scandal was not needed by anyone. The dead soldiers and the burned down helicopters were called combat losses, and the missing Super Cobra - missing in the impassable jungles of North Vietnam.

Interestingly, in order to preserve secrecy, all the losses were spread on different dates, and the airbase itself was soon eliminated altogether. Only a few years later, through a KGB source, did the Americans learn about the USSR’s involvement in this operation, albeit without much detail.

So where did the AN-1G Super Cobra helicopter go, which has never officially flown to any North Vietnamese base? Only a few people knew about it. Most of them have long been dead.

The indirect fact that the GRU special operation had a continuation is the fact that just a few days after the described events, several transport aircraft flew towards the USSR. Eyewitnesses claimed that there were details of some kind of flying structure in the carefully sealed boxes, as well as aircraft weapons of various types.

Without a doubt, our designers carefully studied the design features of the Super Cobra that fell into their hands, and some American know-how was borrowed and used in the construction of Soviet Mi-24 helicopters. The first flight of the legendary Crocodile was already carried out on 19 in September of 1970, and today the Soviet Mi-24 is considered the most common and effective attack helicopters in the world. 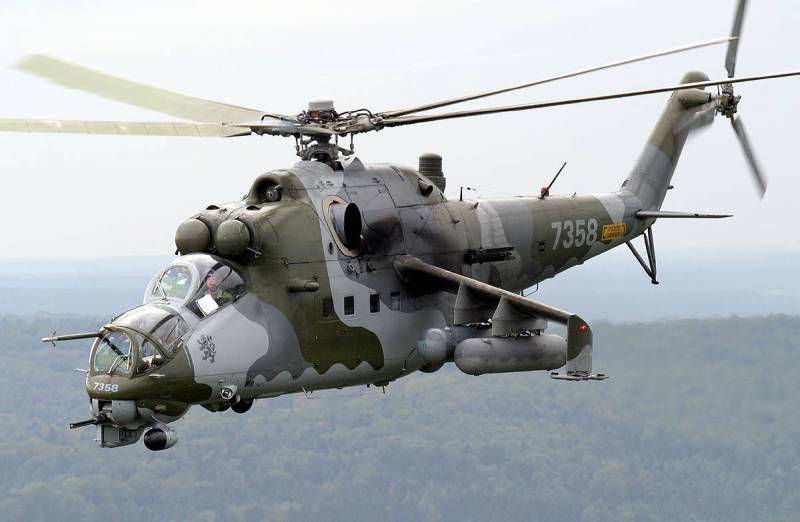 By and large, we can only wait until all interested parties remove the secrecy regime and open the documents about the military operation, which, officially, never happened. We will dwell on one more event that significantly influenced the course of the Vietnam War, to which the GRU commandos could have a hand.

At the beginning of 1970, the not very effective Strela-2 MANPADS underwent a serious modernization, turning into a portable anti-aircraft missile system Strela-2М that terrified the enemy. Today they rarely talk about it, but with the appearance of a new “Arrow” in Vietnam in 1972, the nature of the war has completely changed.

Prior to that, impunity felt Americans began to suffer very serious losses. What to talk about, if not well trained fighters of the North Vietnamese army were able to destroy the Americans' 204 flying targets in the remaining years of the war! To do this, they needed to make 598 launches, which is a very good result for that time. 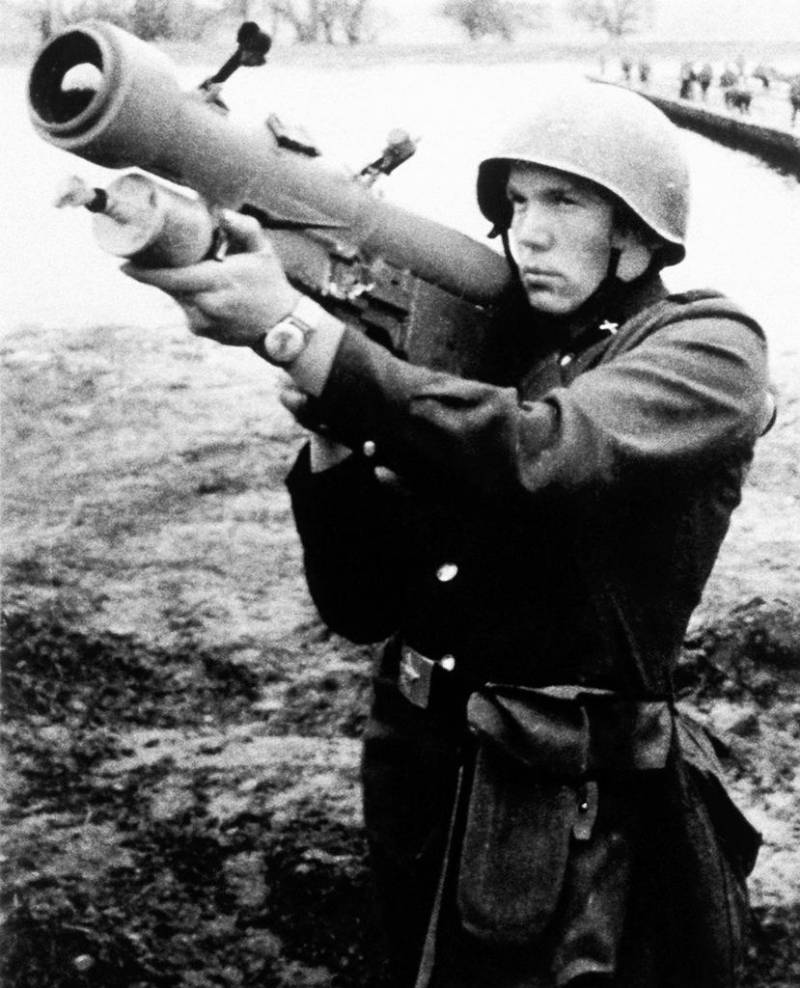 Perhaps this is a coincidence, but the best goal was exactly the “Super Cobras”, which were perfectly captured by the sight of the “Arrow-2M” and fell, hit the most vulnerable spots.

The losses of the Americans have become extremely high, and popular protests against participation in the Vietnam War forced the Pentagon to agree to the withdrawal of troops from the territory of this long-suffering country. Left without military support, South Vietnam soon capitulated, and the country united under the leadership of the Communist Party and Comrade Ho Chi Minh.

Unknown victory of the Cold War

Today, the Soviet attack on the Flying Joe airbase speak only indirect facts. Official information as if struck out of the series of real events. But there are explanations with which it is difficult to disagree.

The fact is that the USA and the USSR acted illegally on the territory of Cambodia. And let this country did not enjoy special prestige in the world, but the brazen violation of its interests could greatly shake the political positions of the parties concerned. Nobody wanted to quarrel with the UN, so the little “party-crush” decided to just hush up. Moreover, the American special forces themselves have repeatedly conducted similar illegal operations.

All the fighters of the GRU special forces gave a lifelong non-disclosure subscription of events at the Flying Joe airbase. Only on their deathbed, some of the veterans, recalling the turbulent years of youth, told their relatives about her.