Czech Skoda in the pre-war and war years

14 May 2012
8
Most people know the famous Czech brand Skoda as a benchmark for high-quality cars. In particular, the company, which produced those same cars, for many years was considered the best in quality throughout the space of the so-called "social camp". 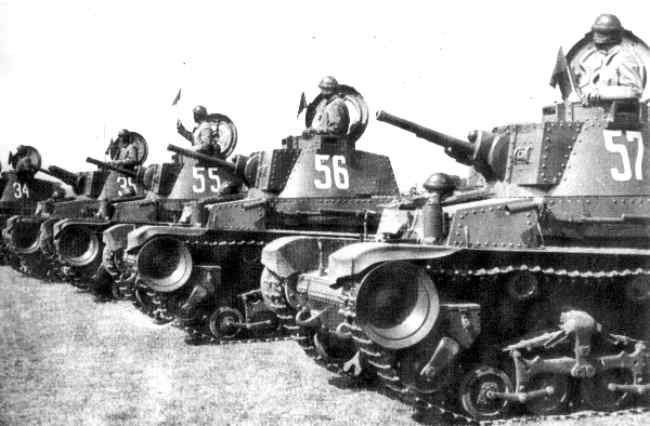 However, not everyone knows that there were times with Czech manufacturers, when they had to retrain in the manufacturers of military equipment. Amazing but in stories this Czech factory has a page when the light came off the assembly line Tanks Skoda LT vz35. Such products began to go into mass production in the mid 30s of the last century. Until the end of the 30s, about 3 hundred tanks that had been designed by another enterprise went off the assembly lines of a plant in the Czech Republic. The designer of LT vz35 was the company ChKD (Czech Republic). The only thing on these tanks that was from the project to the "Skoda" embodiment was the 35 mm cannon. By a bitter irony of fate, these Czech light tanks were destined to join the Wehrmacht's tank divisions. However, in the long term, such use has not been embodied. After the failure that befell the Nazi troops near Moscow, they no longer resorted to using LT vz35.

If today many people on hearing such Czech models as Skoda Fabia, Octavia and a number of other "civilian" cars, then in the thirties of the 20th century Skoda plant specialists worked on the creation of military tractors and gas-generating trucks. In addition, the company in the Czech Republic created SUVs for the German army. Such production went on for almost 10 years, but after the allied aviation It undertook a massive bombardment of the enterprise’s production facilities, the production of equipment for the German army had to be stopped for objective reasons. Most of the factory floors lay in ruins. However, this did not prevent Czech industry from reviving at the end of World War II. In a short time, including, and not without support from the USSR, automobile production was revived in Czechoslovakia. Soviet financial injections, one might say, went unnoticed by the Czechs themselves. However, it was these injections that became the most significant in the revival of the automobile industry, which was subsequently destined to become the flagship of Eastern Europe in terms of auto production on a large scale. Therefore, we can say with some pride that Czech production owes much to the means of Soviet taxpayers.
Military Reviewin Yandex News
Military Reviewin Yandex Zen
8 comments
Ad