Germany under the heel of the American Empire 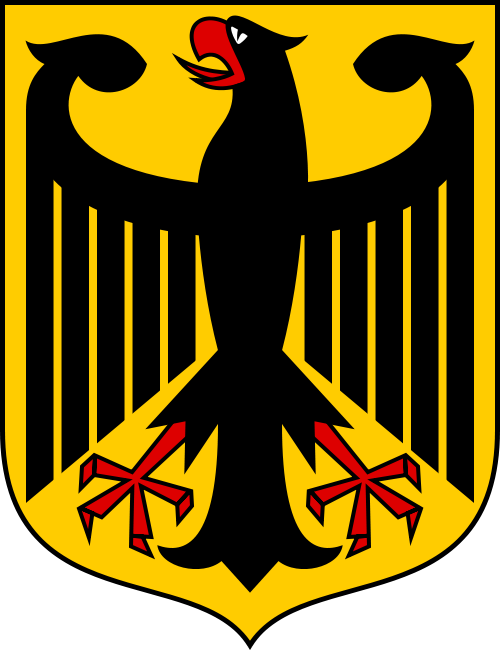 If you pay attention to the foreign policy of Berlin, then we can note the fact that it is in line with the interests of the United States. The Germans almost meekly carry out the will of the builders of the Western New World Order. And despite the fact that the German economy is the core of the EU economy and one of the most powerful economies on the planet. Germany has all the prerequisites to play the role of one of the world centers of power. But for this there is no political Will.

Here is a typical example of following the United States: Chancellor of the Federal Republic of Germany Angela Merkel declared Ukraine a country of "repression and dictatorship." As a result, President of Belarus Alexander Lukashenko will have to make room, he is no longer the “last dictator of Europe”. This is a very important statement, given the leading role of Germany in the EU. The European Union wants the power in Kiev to go to more “liberal” politicians, like Yulia Tymoshenko.

Even the Germans themselves in recent years began to guess that Germany is still under the heel of the Anglo-Saxon invaders. Moreover, the loss of sovereignty is indicated not only by the presence of American and British troops in Germany (whose presence on German territory after the collapse of the USSR lost any military sense), but also in political and financial dependence. The government, which must protect national interests, pursues a policy aimed at the realization of global interests in the so-called "World government". Germans are suspicious of Berlin’s migration, demographic policy, which leads to the erosion of the German ethnos, its extinction, and the “Islamization” of the state. German soldiers fought and are fighting for the interests of NATO and the United States in Yugoslavia and Afghanistan. Berlin acts from a pro-Israel stance on the situation in the Middle East and Iran. German Prime Minister Angela Merkel acknowledged that Germany is responsible for the security of Israel. And this in the medium or long term will force Germany to weapons in the hands of defending Israel. Berlin is forced to support other EU countries at the expense of lowering the living standards of the Germans.

Therefore, when information appears, like the book “German Card” (Die deutsche Karte) - its author, the former head of the West German military counterintelligence Gerd-Helmut Komossa, that the sovereignty of Germany was limited in the 1949 year, it is quite logical. According to Comossa's data, 21 of May 1949 of the year was received by a secret state contract (the so-called "acts of the Chancellor"), according to which the winners limited the sovereignty of the state, and introduced certain barriers in the media. This contract is valid until 2099. As a pledge, the winners keep a gold reserve of Germany.

Another document on this topic is a copy published in Germany by a letter from an employee of the German intelligence service with the rank of state minister, a certain “Dr. Rickerman” addressed to an unnamed minister. This document also reports on the restrictions imposed by the press allies and broadcast media in the Federal Republic of Germany before the 2099 year. In addition, the document confirms the existence of so-called. "Acts of the Chancellor" as an official secret document and that the winners have a gold reserve in Germany as a pledge. Komossa in one of the interviews said that he was familiar with this document and that it is dated 1949 year.

In addition, the existence of restrictions on the sovereignty of Germany in an article published in the weekly magazine Die Zeit, was confirmed by the politician, writer and journalist Egon Bar. The bar worked at the Foreign Ministry of Germany, in 1969-1972. served as State Secretary at the Federal Chancellor, Willy Brandt, and is one of the initiators of the new eastern policy of Germany. According to him, “One of the high-ranking officials gave him three letters for signing. They were addressed to the ambassadors of the three powers — the United States, France, and the United Kingdom — as high commissioners. By signing these letters, he (V. Brandt) had to confirm the mandatory reservations that the military governors made in their secret letter regarding the Basic Law of 12 of May 1949 of the year. As holders of the inalienable right of the winners, distributed to the whole of Germany, as well as to Berlin, they thereby suspended, that is, invalidated the articles of the Basic Law, which they considered as a restriction of their powers. This also included article 146, which provided for the adoption of the Constitution instead of the Basic Law after the unification of Germany. ” Egon Bar reported that such acts were signed by all the chancellors before Brandt, and Willy Brandt also signed them. In his opinion, Germany received full sovereignty only in March of 1991, when the “two plus four” treaty came into force. This treaty, the Final Settlement Treaty for Germany, was signed between the German Democratic Republic and the Federal Republic of Germany, as well as France, the USA, Great Britain and the USSR in Moscow on September 12 1990. The agreement restored the unity of the German people and approved "the full sovereignty of Germany over its internal and external affairs."

True, even after the entry into force of the “peace treaty” in 1991, the Americans retained the right to enter troops in the territory of the Federal Republic of Germany, Berlin was forbidden to produce, possess and dispose of nuclear, chemical and biological weapons. Berlin deprived of financial sovereignty in the form of the country's gold reserves. Of great interest is the "dark история"With a German gold reserve. If in the 1948 year, when the German mark was put into circulation, the Germans practically did not have gold reserves (the Americans captured all the gold of the Reichsbank in 1945), then after two decades, the Central Bank of Germany had the second largest gold reserves on the planet. In the 50 and 60 years, the revenues of the Federal Republic from exports far exceeded the costs of imports, and half of the cost of goods purchased by European countries was redeemed in gold. An interesting fact is that gold was not stored in Germany, but in the banks of London and New York. In 1973, the gold reserve of Germany was equal to 3625 t, in 2007, about 3500 tons. In 1979, part of the gold of Germany was transferred to the ownership of the European Monetary System Fund, and in 1999, to the European Central Bank. At the start of the 1990s in Frankfurt, there was a little over 2% of Germany’s total gold reserves. The rest of the gold was located at the Federal Reserve Bank in New York, the Bank of England and the Banque de Franc. The agreement on gold in Germany was signed at the time by the former head of the Central Bank of Germany, Carl Blessing (he headed the Central Bank from 1958 of the year to the beginning of 1970 of the year). According to various information that circulates about German gold, we can conclude that Germany is not free in its decisions about when and how much gold can be borrowed. The Federal Bank can take gold from US vaults only for very important reasons and only in small quantities. As a result, in the event of a world war, or a global crisis, the United States will easily keep this gold.

Why does the USA need German gold? First, the Federal Reserve has the ability to manipulate German gold reserves. Secondly, German gold is like a pledge. So far Germany is loyal to Washington and the “world government” (“financial international”) —this is German gold.

It turns out that Germany, as well as Japan, South Korea and a number of other territories, are territories occupied by Americans, vassal states, satellite states of the American Empire. Control over them is carried out with the help of four main tools - control over finances, information field, “Americanization” of the German political elite, presence of military bases (besides with nuclear charges - in Germany and Japan). This fact is confirmed by the statement of the American General William Odom. William Odom was a teacher, advisor to Zbigniew Brzezinski on military issues. In 1981 — 1985, Odom was the Assistant Chief of Staff of the United States Army for Intelligence, from 1985 to 1988. - Director of the National Security Agency. He then worked in a number of US think tanks: he was the director of security studies at the Hudson Institute, an associate professor of political science at Georgetown and Yale universities. “We are in Korea, Japan and Germany forever,” Lieutenant-General said in an interview with 25 on April 1999 of the year, “and this is worth the trouble. If you look back and realize that what has happened in recent years, you will understand that we have become richer, richer and richer. ” According to the general, even the creation of a NATO bloc was directed, contrary to the opinion of most people, not to protect against the military threat from the USSR. The French side did not even mention the threat of the Soviet Union in the debate on this issue. The French wanted the North Atlantic Treaty Organization to deal with Germany. And the British wanted the Americans to be present in Europe. "NATO was formed as a tool against Germany."

Understand this fact and other politicians. A German statesman and political figure, the former secretary general of the Social Democratic Party of Germany, said: “When Washington leads a war in the Persian Gulf, Germany constantly participates in this, since it is the United States' aircraft carrier” in Europe. We are not a sovereign state. ”

Well you can see the control of the so-called. "World community" and over the information field of Germany. Any attempts to revise the official history of the Second World War, where the main “instigators of war” - these are Germany and Japan (and now the USSR is actively attributed to them), are immediately declared Nazism and Fascism. Although it is obvious that in London and Washington lies no less guilt, or even more than in Berlin and Tokyo. Any attempts to dig into the “Jewish question”, the subject of Israel, its illegal nuclear arsenal immediately lead to real hysteria and all German repentance (suffice it to recall the example of the famous German writer, Nobel Prize in literature Günther Grass). Another interesting fact is that they are trying to create a similar public atmosphere in Russia so that the Russian people regularly repent of the “terrible crimes” of Stalinism, tsarism, etc.