Why do Russia "Centaurs"?

14 May 2012
176
A serious controversy erupted over the fact that Russia acquired from Italy a pair of so-called wheeled tanks Centauro with 120 and 105 mm guns is going to acquire two more similar machines with 120 and 30 mm guns in the future. The first two units of Italian armored vehicles, as reported, have already been sent to one of the training grounds near Moscow, where vehicles must pass a whole range of tests. 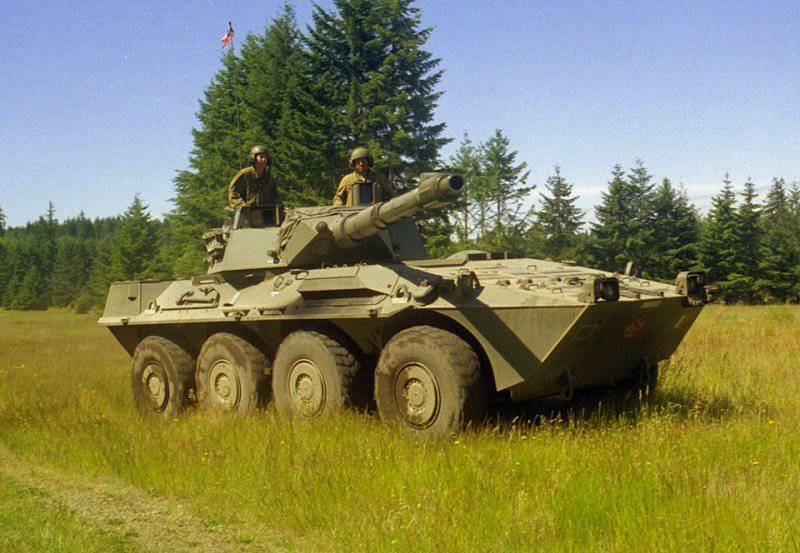 If we talk about the characteristics of Centauro, they are as follows: the crew of the vehicle is 4 man, from weapons - in addition to the gun, 2 machine guns (caliber 7,62), power reserve Centauro - 800 km / h, maximum speed - 110X4, length 4 m hull, 7,4 m width, warlike curb weight - about 2,94 tons. Today, this technique is made by the Italian company Oto Melara, part of the CIO production group. In service with the Italian army are 24,8 hundreds of such armored vehicles. It is reported that Russia is going to buy a license from Italian manufacturers in order to start producing Centauro at the KamAZ plant in Naberezhnye Chelny.

Of course, the name "tank" for this unit of armored vehicles can be used with great stretch. Italians themselves call the car a wheeled tank destroyer. At the same time, the initial development of the Centauro samples was made in the 80s of the last century. In this regard, to say that the machine is modern, is also possible, perhaps, with a big stretch. Moreover, military experts claim that the Italian “tank” has, to put it mildly, little solid armor. Even during the execution of peacekeeping operations in Africa, it became clear that the armor of the “Centaurs” easily penetrates even from heavy machine gun DShK and DShKM. RPG successfully opposed the Italian armored vehicles. True, the next-generation cars were equipped with enhanced armor, but this also did not become a panacea.

If we talk about Centauro as possible main vehicles of the Russian army in operations in the conditions of the city (in the future, of course), then specialists are sure that they (the “Centaurs”) will be ideal targets. The fault is precisely the main weak point of the Italian “tanks” - armor, which is hardly suitable for the very concept of “tank”.

But if so, why did the Ministry of Defense need to purchase these armored vehicles, and even rely on obtaining a license for their mass production? There are several considerations on this score.

First, a contract was already concluded with Italian firms for the production of armored vehicles “Lynx” in Voronezh (the Italian name is IVECO LMV M65 Lynx). That is, a bet is made on those partners with whom it is quite convenient to negotiate and conduct well-coordinated work. By the way, the Ministry of Defense of the Russian Federation plans to supply 57 "Ryysya" to the troops already this year (according to the available data, not a single one has been delivered yet ...)

Secondly, some experts, including the head of the Center for Military Forecasting, Anatoly Tsyganok, think that the purchase of Italian equipment is a new, well-established corruption scheme. In his opinion, it is much easier to launder money abroad than to openly purchase military equipment from Russian manufacturers.

Thirdly, the Ministry of Defense specifically focuses on the purchase of not the most reliable "Centaurs", with the goal of making serious upgrades and get, let's say, a new version of armored vehicles, which would be ideal for use in the Russian conditions, including and in terms of use in the North Caucasus.

All these three versions, undoubtedly, have the right to exist. Procurement of military equipment from foreign manufacturers, in principle, consistent with the strategy of the Ministry - to buy prototypes abroad and adopt advanced Western technology. Another thing is that the case with the same wheeled "tank" Centauro, it is difficult to call the "advanced development." It turns out that the Italian development 80-x, according to the Russian buyers, the potential is much greater than that of similar versions of Russian armored vehicles. Why not buy the French version of the Vextra-105 armored vehicle to the Russian military? After all, the military doctrine of Russia, apparently, shifted to the use of wheeled "tanks" in a number of operational actions. Especially since this particular model (Vextra-105) is today considered the best of its kind.

It turns out that Russian military buyers are not looking for easy ways ... And this again leads to the version of Anatoly Gypsy about a certain underwater part of the Russian-Italian contract iceberg.

However, there is another opinion about the use of the Italian "Centaurs" by Russia. This opinion is expressed, for example, by retired Colonel Viktor Murakhovsky, an expert in the field of armored vehicles. He is sure that no contracts for licensed and mass production of Centauro in Russia should be concluded. The fact is that Russian military manufacturers may need only experience in creating a unified platform for domestic armored vehicles. After that, applications were received from representatives of the public council at the Ministry of Defense. It was stated that as long as the prospect of the transaction is not assessed by the expert council of the Military Industrial Commission, there is no question of acquiring a license for the production of "Centaurs" in Russia.

It remains to wait for the end of the test of Italian equipment and whether the Russian Defense Ministry is really going to buy a license from the Italians for the serial production of wheeled "tanks" in Tatarstan.