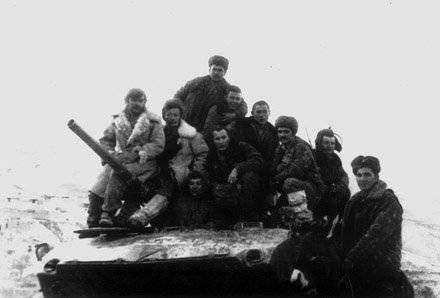 The detachment in which Matveev served served as a camp in the city of Meimen. The lieutenant left the tent. The tent city, not yet built, but already reminiscent of a linen town, a work of the hands of soldiers, stood along the runway of a field airfield. The lieutenant went to the water tank, drank, splashed cool water on his face. The water was imported. Therefore, every drop was appreciated. I'll go to the dining room, Matveyev decided. The dining room, besides being a point of eating, served as a club. After eating, drinking tea leisurely, officers and ensigns lazily talked about all sorts of things. News from the Union, nightly jokes of the deputy commander of the detachment, and also, that today is the seventh of November, and it would be nice to somehow brighten up everyday life. Combat - with a stretch, the detachment in battle has not yet been. Companies, groups carried combat duty, settled the camp, and prepared weapons. The soldier's telephone stubbornly carried the message that after the holidays real combat days would come. For now: “He to him: Stop! Light up your face! And he told him: I will light you up! And he waited for him to reach the cow cake. Get down! I'm shooting! ” This ensign, Kolya Pilgansky, relishes the night voyage of the deputy commander of the detachment. He, as a rule, sneaked up to the gaping soldier, and then he fell into everything, from sergeant to lieutenant. The soldiers decided to teach him a lesson, and, as just Pilgansky told, successfully. Matveyev ate. I decided to go to the company commander. The commander of the company and the control group are located in a ruined house surrounded by a clay duval. On the way, Matveyev noted to himself that the company commander had already managed to organize a secret on the way to the location.

- Oh, Matthew! Come on in. - This is the company commander Talay. - What are the positions? Scheme of fire brought? - The company was in the habit of falling asleep platoon questions at any time of the day or night. The company was considered to be the best in the detachment, which made it possible for Talay to talk a little down with the subordinate officers.
- Yes, everything is in order. The scheme is almost finished, in the evening I will bring it.
- And what, Matvey, did you congratulate the personnel? - Chunky and little black Tolik since his college was nicknamed Matthew. This is the political officer of Bato company. A native of Yakutia. Always balanced and wise. - I told the foreman, a couple of cans of condensed milk, throw you in the evening. 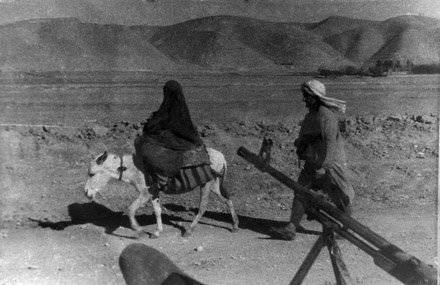 Serega Litvinov, deputy company commander for technical assistance, silently fiddled with the gray box. Such an ordinary box in the Union was in every office. There is! Seryoga somehow especially grunted and opened the box! In a box, wrapped in a newspaper, like shells in a capping, were four bottles of rum. Roma of that, still allied, pre-war. - Seryoga! From where! Three voices with the same question. Calm, with dignity.

- Comrades officers, technical connection at height. While you were singing songs in Kirk, I examined all the stores near by. In one of them I found this wealth. Old shopkeeper persuaded to buy. Vodka, they say, is still being bought by us, and this is nothing. Whatever you, the pilots, did not find, I hid the rum in the company’s documentation, before the arrival, as I thought, you will not use it. So with the holiday!
- Seryoga, you are a genius! Duty! Circular. Group commanders to the company commander! Quickly.

Ten minutes later, senior lieutenants Usenov Misha and Alik Agzamov were at the command post of the company. Calculations made! Schemes made! They report, and they themselves look askance at the table, where rum glitters with red stains.
- Well, comrades officers, five drops for a holiday, and on the position. - The company commander poured rum. - Well, the first holiday in the land of Afghanistan. Cheers!

Rum fiery stream ran down his throat. Matveyev recalled that they drank the same rum with his brother this summer in a restaurant in Kiev. Three months passed, and now Afgan. He closed his eyes, it was cozy and warm.
Alik Agzamov filed a guitar. Tolik, having set up the guitar, began to sing the favorite song of the officers of the company “Golden-domed Moscow”.

- Comrade senior lieutenant! - This is the duty of the company commander. - The seventeenth calls for communication.
- I am the Tenth, at the reception.
- Tenth, I observe the movement of a group of women and children on the outskirts of the city.
- Comrades officers, happy holiday to you! I ask everyone to return to the position.
The group commanders rose and moved toward their groups. Matveyev's group was behind the runway, occupying a defense on three infantry fighting vehicles. In the absence of the commander, senior sergeant Mukhanov remained senior. Matveyev was already halfway to the positions when a reddish and bitter-combustible explosion blew silence. A column of dust slowly settled in the middle of the runway. The radio station, peacefully dangling on its side, came to life.
- Eightieth! - call of the battalion commander, - I am Thirtieth! - the third company. Fired from mortar!
The air was heating up with every minute. Everyone tried to report what was happening to him, hoping that a miracle would happen with this report and incomprehensible shooting would calm down. Matvey jumped to his car. He noted with side vision that the platoon had occupied the excavated trenches, but did not open fire, were waiting for the command. Mukhanov was sitting at the commander’s place.

Matveyev quickly put on his headset.

- I am the seventeenth! To battle!
The squad leaders duplicated the team. Turning the surveillance device, Matveyev tried to see what was happening on the approaches to the position. On the air sounded:
- I'm the eightieth! All stand. Stop shooting! Look around! - Matveyev, turning the device, noticed incomprehensible shadows. Looked closely - "perfume"!
“Glory,” this is the gunner operator, in the direction of the fourth. "Perfume"! From a machine gun - destroy!

The tower went to the right, stopped and, twitching, began to water the fourth landmark with machine-gun fire. Shadows swept across the field. A plume of smoke and fire shot up ahead of the car. Acrid smoke crept into the car through the hatch.
- With a grenade launcher, you bastards! Attention! I am the seventeenth. Over the fourth. Fragments. The fire!

Three cars shortly barked, and only tracer shots showed where.
- Allah Akbar! - So, right. - I'm Seventeenth. Landmark four! Flow three! The fire!
Calm, Matthew. Calm
- I am Thirty-third, watching the movement along the runway.
- Seventeenth! I'm the eightieth! Opponent from the rear! Destroy!
- Attention! I am the seventeenth! Follow me!

BMP Matveeva twitched, his back out of the caponier. Two more cars came out at the same time. A small column, inaudible in the rumble of the battle, and the battalion led the battle, rushed to the runway. "Spirits" found themselves flashes of fire. 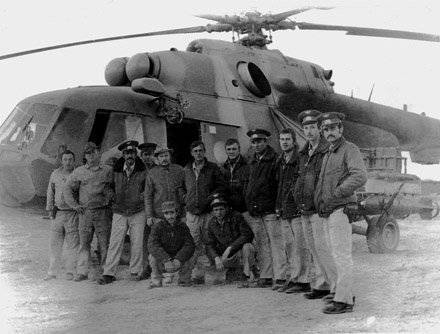 - I am the seventeenth, the enemy along the runway! Destroy!
The sides of the BPM were lit with fire. The paratroopers began to destroy the enemy. The artillery battery barked, and a fireball hung in the sky like a searchlight illuminating the terrain. At this time, Matveyev's car jerked and somehow wrong, rather even unacceptable, gave a heel, hit the stones and stalled.

- Serik, what's the matter! Serik?
The driver was silent. Matveyev jumped out of the hatch and bent over the driver. Serik Imanzhanov, the driver of a platoon commander, was lying on the wheel with his head. Blood flowed from his temple.
- Glory to me!

The gunner-operator jumped out of the hatch and stood on a ribbed sheet. - Help!
Together they pulled out Serik's heavy body, handed him over to the landing party. Matveyev himself sat at the helm.
- Attention! I am the seventeenth! We are moving back to our positions!
- Seventeenth, I'm the Eightieth! What have you got there?
What can I say, Matveyev did not know. It is only later that he will learn the words. I have a "three hundredth"! I have a "two hundredth"! And now he and his platoon have crossed the line. Today was a war. She for Lieutenant Matveyev and his platoon began suddenly, on a holiday. She forever divided their lives on before and after.
- I'm Seventeenth. Everybody Wait! Doctor to the position!