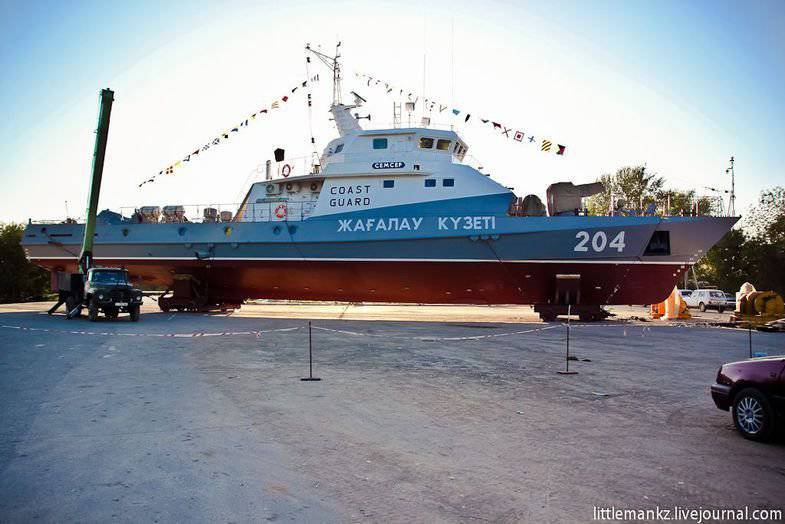 Unlike the three previous boats of this type, the Semser has a modified structure with a modified hull and superstructure architecture, and is unified in this regard with the Zenith built almost simultaneously on the basis of the same project for the Kazakhstan Navy small rocket-artillery ship "Kazakhstan" (board number 250), about which we wrote our blog. Kazakhstan was launched on April 26 of 2012. The Semser, with a full displacement of about 250 tons, is armed with one old 25-mm paired 2М-3М artillery. Now, the Zenit plant is building two more ships of the “Kazakhstan” type for the Kazakh Navy, and another ship of the “Semser” type for the Border Guard Service.