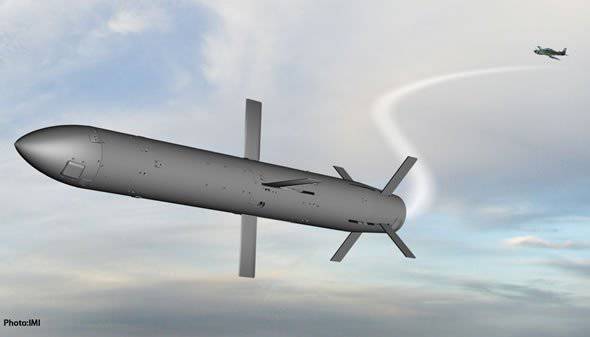 IMI introduced the Whipshot, a guided missile designed to equip light aircraft. This rocket will provide pilots of light aircraft with affordable high-precision firepower. IMI is negotiating the placement of a new weapons with a number of aircraft manufacturers, including Embraer, which was recently selected as a supplier of Super Tucano light attack aircraft to the United States Air Force. The WhipShot rocket used a glider from the Mapatz rocket and the original guidance system. Instead of using an onboard guidance system, the rocket is controlled by a target detection and tracking system on board the aircraft, using a wireless communication channel to guide the missile at the target. According to IMI, the result is a very affordable air-based weapon, which costs much less than Hellfire missiles, but ensures accuracy and control of guided weapons. IMI also plans to develop an improved version of the rocket, equipped with additional inertial and satellite (GPS) guidance systems.