We must remember: the world owes its existence to the Soviet soldier 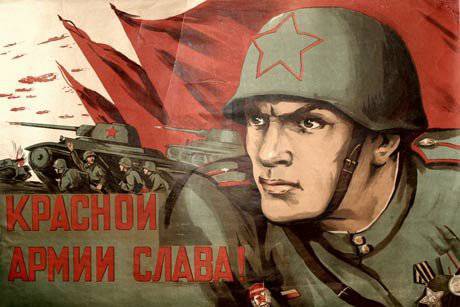 And the propaganda of a negative attitude towards his feat is treason to the Motherland.

Victory Day in Russia for almost the whole society is a sacred beginning. The memory of the Victory is the civil religion of Russia. The fact that in the world tradition is called “national holiday”. Insulting a national holiday, like national shrines, is inciting ethnic hatred — the notorious 282-i article of the Criminal Code. For some reason, this article does not apply to Echo of Moscow and its guests and employees, and their appeals are announced against the background of Medvedev’s dissolution by the commission of falsification created by him. stories. No report on the work of the commission was submitted, nothing was known about its work, they dismissed the commission without any summing up of its work. Obviously, its creator decided that this work is no longer relevant and the memory of the Victory should not be defended.

Once Yuri Andropov noticed that we ourselves do not know the full extent of the society in which we live, and this ignorance cost us dearly.

We are not fully aware of who WON AND WHAT WON, but this is a separate question. Worse, we did not fully realize that WE SAVED THE WORLD. Yes, the world exists relatively well, because WE - the USSR, RUSSIA - saved it. As was Bernes: "And he remembers the world saved, the eternal world, the world of living Earring with Malaya Bronnaya and Vitka with Moss".

By the way, they, unlike us, remember. And they remember that they are our debtors and owe us all, including our own existence. And they pretend that this is not so: on the one hand, in order to get rid of their own inferiority complex, and on the other, in order to free themselves from the obligation to pay us their debts.

But Israel in general exists simply because Stalin decided to create it. And he, at least, really understands this, and the most magnificent and sincere celebrations of 9 May are held there. And veterans of the Great Patriotic War in Israel are paid pensions as national heroes. And these pensions are much more than in Russia ...

All European states exist as nationally independent, because we have defended their independence. All the notorious “European understanding of human rights” can exist only because, by paying for it with their own right to life, the Soviet soldiers stopped and defeated the Wehrmacht, which no one else in Europe was able to offer at least relatively decent resistance, and who The 1945 spring of the year simply dispersed the Anglo-American troops, if it could divert at least the minimum necessary connections from the Soviet front.

European democracy, the European Parliament, the European Union, European integration - all this exists only because we allowed them to be. They were nothing, a dish on the cannibal's table, when we, having paid for it with great blood, took this ogre by the collar and tore his head off. If at all this ogre had not miscalculated and had not distracted from their eating and digestion for a fight with us, they would not exist at all. Even, perhaps, as “genetic material” - because from his point of view they did not represent any value as “genetic material”. The best they could count on was the election of a capo in the camp hut.

They owe their whole existence, all their prosperity, all their satiety to US - the USSR and Russia. In a good way, they should, each in their own country, celebrate 9 on May as the Day of Russia - it is the Day of the Savior. And honor Russia and the USSR, as Christians revere Christ, and Muslims like Mahomet. And to pay a pension to every citizen of the USSR in 12 generations, and at the level of the average salary in the countries of the European Union.

And in order not to recognize and not to do this, they declare the USSR a totalitarian state, they are trying to impose responsibility on us for the start of the Second World War, and today's Russia is also accused of being undemocratic. And they pay their clientele in Russia, insulting the memory of the country and the memory of the Victory and the Victory, leading, in fact, information and subversive activities against the self-consciousness of the people, collecting and fabricating materials about the "non-compliance of Russia with international standards", allowing their patrons to accuse Russia of what will they want to blame her for in order to get away from the topic of paying their own salvation

And the Russian authorities are wondering why this is happening, and declares impotent protests, while not protest, but demands are needed. Defeated pay indemnity - why should not the salvaged pay salvation to rescuers? This savior can generously refuse a reward - if, at a minimum, he sees gratitude and reverence ...

But the main trouble is not that those who were saved by Russia do not want to pay their debts (although they remember that they exist in their present condition only thanks to the USSR and Russia), but that even Soviet society was not fully aware (and the Russian and post-Soviet - does not give at all) that the world was saved by him and owes everything to him. And you need to understand and remember that the Savior is you. Directly talk about it, remind about it. And, one way or another, if this question is obscured and formally not recognized, invoice what and how much the United States and the European countries of the USSR and Russia owe, and how many decades this debt should be paid.

But the main thing, again, is not in money (although this account must be set up). The main thing is the realization that if you are the SAVIOR of mankind, then you should treat yourself this way and not make excuses to others.

And if someone, practicing his own inferiority and the grants of his patron, interferes with this awareness and encroaches on this awareness, he must be punished. And for inciting national hatred towards the victorious people, and for inciting interfaith hatred towards the civil religion of Russia - honoring the Victory of 1945, and for extremist activity. Because the propaganda of a negative attitude towards the feat of the Soviet people, who saved the world, is to promote the glorification of Nazism, the propaganda of misanthropic ideas and treason to the Motherland.