A. Isaev: "In no case can not talk about the" backwardness "of the Red Army!" 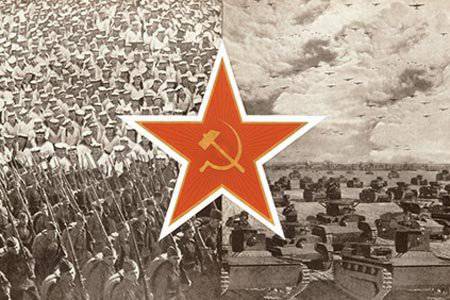 The historian is confident that the failures of 1941 of the year are due not to poor preparation, but to political circumstances.

According to military historian Alexei Isaev, the opinion about certain mythical "backwardness" of the Red Army which has been strongly imposed on society in recent years has no basis: it was very advanced for its time. The failure of the initial period of the war, he is convinced, is largely due to the fact that the military industry was destroyed:

- The Soviet Union and Germany used the experience of the First World War in different ways. We focused on strategy, and they - on tactics. Our country was intensively preparing for the war to be long. USSR in 1930-s. struggled to raise the industry, which until then was at a relatively low level.

How did the Red Army come from defeat to victory? To begin with, the defeats of 1941 of the year are explained not by weak preparation, but by political circumstances. It was not the army that was bad, but the conditions in which it found itself, being underdeveloped and unmobilized by the start of hostilities, were bad. In other words, in time they did not press the "red button" of the advancement of troops from the depths of the country to the border. I am convinced that if it were possible to avoid this mistake, there would be no retreat to Moscow and the Volga, which I prove in my book “The Great Patriotic Alternative.”

At the same time, a large gap in the Soviet armed forces was independent mechanized formations. Germany went ahead in this plan, we tried to copy its steps, but until we received the captured documents on the organization of the armed forces of the enemy, we acted to the touch. This led to strange results in the appearance of the 29 1941 mechanized hull of the year. This weakness aggravated the situation with underdevelopment. Here are two factors that led to dire consequences.

But on the whole, the army was built up modern, personnel were trained on the basis of modern education, and its general ideological principles can be called advanced. For comparison, take France 1940 of the year. Its army did not conduct any operational counterattack, and the USSR constantly counter-attacked the enemy both at the tactical and operational levels. This was the general strategy of the Red Army. So it was in the Baltics, and in Ukraine, and in Belarus, and in Moldova. Countermeasures mehchastey as the basis of defense - the striking difference between the USSR and France. Therefore, the Red Army was advanced, I emphasize once again. From the events of 1941, no need to make wrong conclusions!

But then factors often forgotten played. We lost many powder factories. Even those who were evacuated, did not immediately come into operation in a new place. Accordingly, the 1942 year the army lived on a starvation ration for ammunition. Suffice it to say that in the 1942 year, the USSR produced two times less powder than Germany. Plans for the supply of gunpowder to the army were buried. The failure of the 1942 positional battles of the year - the Rzhev-Vyazma operation, the offensive near Rzhev, the initial phase of Stalingrad, the Crimea - is largely due to the lack of ammunition.

Until 1943, we were getting out of the crisis in the war industry. And then it went like a knock-off - after all, we already possessed modern military thought, and energetic commanders, and experience - and the industry rose from its knees. Using the experience of the enemy, we supplemented it with our own developments. For example, the Germans created combat tactical groups for a specific task, and we already had ready-made combat groups represented by tank and motorized brigades. At the same time, the status of the commander of the mechanized formation was relatively high.

The Red Army has shown that it can wage a war of maneuver, and the clear evidence here is the liberation of Ukraine in the 1943-44 campaign. Skills for maneuvering war were previously, but at first these tools were not attached to the appropriate tools. But then, for example, in the campaign of the autumn 1943 - the spring of 1944, our army successfully carried out maneuvering actions, although the poverty of industry sometimes continued to be felt, for example, in the insufficient production of high-speed artillery towers.

In summary, I want to say that if the German air force was defeated mainly by our Western allies, the ground army of the enemy was defeated first of all by the USSR, and 75% of the losses of the German armed forces fall on the Eastern Front. This is how the Red Army came from defeat to victory.