1 2018 June
8
June 1 is officially considered the Day of the Establishment of the Government Communication of Russia. It was on this day in the Soviet Union that the 1931 launched the long-distance high-frequency communication network, which was to serve the government structures of the Soviet country. The importance of government communications for the security and defense of the state, for the uninterrupted and operational management of all the processes occurring in the political and economic life of the country, is difficult to overestimate.


The need to create a system of operational management of the state, its institutions and armed forces, the Soviet government realized almost immediately after the end of the Civil War. However, the solution of this task required a serious technical modernization of the means of communication available to the Soviet state. Already in 1921, the engineers of the radio laboratory of the Moscow Electrosvyaz plant began experiments on the organization of multi-channel telephony, which ended in success - three telephone conversations were simultaneously transmitted via a cable line.

Two years later, in 1923, P.V. Shmakov successfully conducted experiments on the simultaneous transfer of telephone conversations at high and low frequencies over a cable line of length 10 kilometers. In 1925, the first high-frequency telephony equipment for copper circuits was developed, developed by a team of the Leningrad Scientific Testing Station under the guidance of P.A. Azbukina. By this time, the principle of high-frequency telephony was considered the most secure during telephone conversations. In the end, it was high-frequency telephony that was approved by the leadership of the Communist Party and the Soviet state as the basis of the government system of a Soviet country.

Since management by telephone communication was of strategic importance for the Soviet state, the general organization of the multi-channel telephone communication system immediately took over United State Political Administration (OGPU), which at that time was responsible for the country's state security. It was the strategic importance of the government communication system that explained its inclusion in the system not of the USSR Commissariat of Communications, but of the state security organs of the Soviet state.

At the end of 1920's government communication was subordinated to the 4 th branch of the Operations Division of the OGPU USSR. Considering the increased importance of the government communication system, the engineering and technical personnel that provided it were recruited on the basis of two main criteria - the highest professional competence and complete loyalty of the Soviet government. That is, the selection criteria were the same as in the recruitment of other departments and departments of the state security bodies of the USSR.

The first lines of high-frequency communication were carried out between Moscow and Leningrad and Moscow and Kharkov. Long-distance communication was provided by the highest party-state leadership of the country. 1 June 1931 of the OGPU was allocated 5-e branch of the Operations Division of the OGPU. He was headed by the personnel officer of the OGPU - NKVD Ivan Y. Lorens (1892-1937), who led the department for almost six years. When the OGPU was incorporated into the NKVD, the 5 branch of the Operations Division of the Main Directorate of State Security of the NKVD of the USSR remained the government communications management body.

Thus, by the end of 1930, the organization of the government communication system in the Soviet Union was largely complete. High-frequency communications were used to provide contacts of the country's top leadership with the leaders of the republics, regions and territories of the Soviet Union, the administration of the most important industrial enterprises and other economic facilities, the military command and the leadership of the security forces.

In 1930-s, Soviet engineers developed the basic methods for automatically classifying telephone conversations. Thus, in 1937, the Krasnaya Zarya plant launched the production of EC-2 classifying equipment, developed by K.P. Egorov and G.V. Staritsyn. Then more developed and sophisticated MEC-2M and MEC-2A, PJ-8, UIS-3 devices were released. As a result, by the end of 1930's. With the help of EC-2 and MEC-2 inverters, it was possible to classify all the main channels of the Soviet government communications. 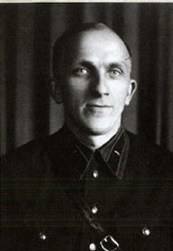 In general, it must be said that this connection, as they say, was sent to us by God. She rescued us so much that we must pay tribute to our technology and to our telecom operators, who specifically provided this RF link and in any situation literally on the heels of everyone who was supposed to use this link during the movements.

When the Soviet Union ceased to exist in 1991, the country’s governmental communications system underwent major changes. In connection with the liquidation of the USSR KGB, the government liaison was separated into a separate structure. 24 December 1991 was created by the Federal Agency for Government Communications and Information (FAPSI), which included the former departments of 8, the Main Directorate for Government Communications of the KGB and 16, the Main Directorate of the KGB, which was in charge of radio electronic intelligence.