Around 40 ships from 15 countries. Baltops-2018 exercises start in Lithuania

23 May 2018
27
Lithuania is preparing to hold regular international naval exercises. This time, judging by the statements of the Ministry of Defense of the country, representatives of 14 countries - participants of NATO and one neutral - Sweden will take part in the exercises. 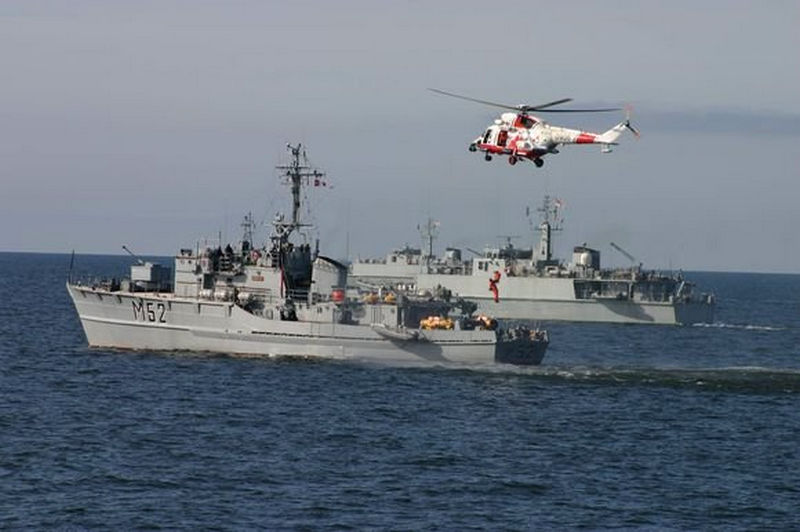 The exercise, called Baltops-2018, will start on 31 in May, and it is on this date that 37 warships from 15 countries are expected to arrive in the seaport of Klaipeda, the Lithuanian Navy said.

The exercise will consist of two parts: the ground and the sea. The ground component of the exercise will take place during the 1-2 June 2018 year in Klaipeda and will be the so-called planning conference. Marine will begin on June 3 with the release of ships at sea to carry out the tasks.

The exercise, which involves about 4 thous. Navy men, will be held in the northern part of the Baltic Sea
- leads TASS message of the press officer of the Lithuanian Navy Ramunas Kazherskas

In the course of the naval component of the exercises, the participants will have to work out a wide range of tasks, namely: maneuvering in the group of ships, firing, convoying operations, air defense and anti-terrorist defense, search for mines and their neutralization, combat submarines of the likely enemy, as well as landing landing.

The international Baltops Navy exercises are annual and have been held since 1997. The ships of the Russian Navy previously also participated in the conduct of these exercises.

Ctrl Enter
Noticed oshЫbku Highlight text and press. Ctrl + Enter
We are
Three B-52 will participate in the NATO Baltops exercise
27 comments
Information
Dear reader, to leave comments on the publication, you must to register.