18 May 2018
69
The only aircraft carrier of the Fifth Republic, Charles de Gaulle R91, was removed from the dry dock of the naval shipyard in Toulon, reports "Warspot" with reference to the portal navaltoday.com 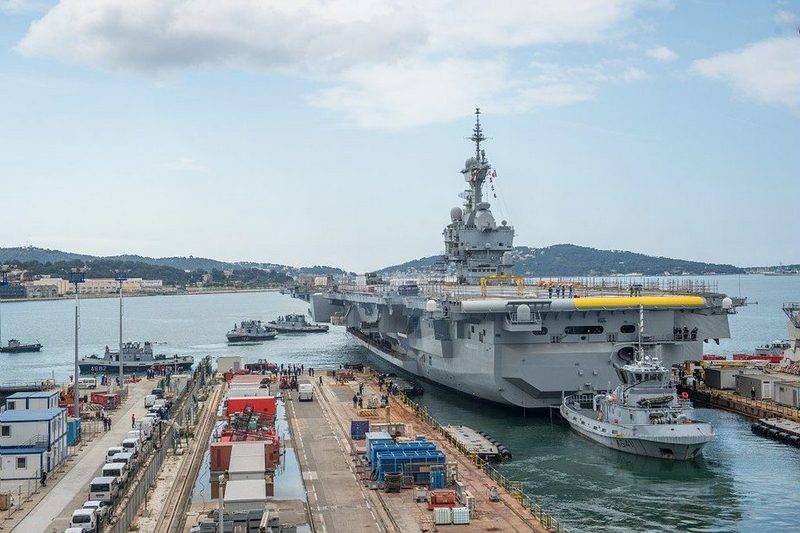 Flagship of the French Navy fleet It was put on repair in February last year. After completion of the modernization and reloading of nuclear fuel, the ship will need a few more months of repair work, which will be afloat. At the same time, in the fall of this year, Charles de Gaulle should go for testing, and next year will return to the arsenal of the fleet.

The aircraft carrier was launched in the 1994 year, and seven years later entered service with the French Navy. For more than fifteen years of combat service, his wing has repeatedly participated in international conflicts. The French Ministry of Defense believes that after repair and modernization, an aircraft carrier can be actively used for another twenty years.