The Third World War will take place without the Germans.

19 May 2018
45
The West can only blame itself for the ineradicable pacifism of present-day Germany, which is becoming a serious barrier to the realization of the Anglo-Saxon plans for a new war against Russia. 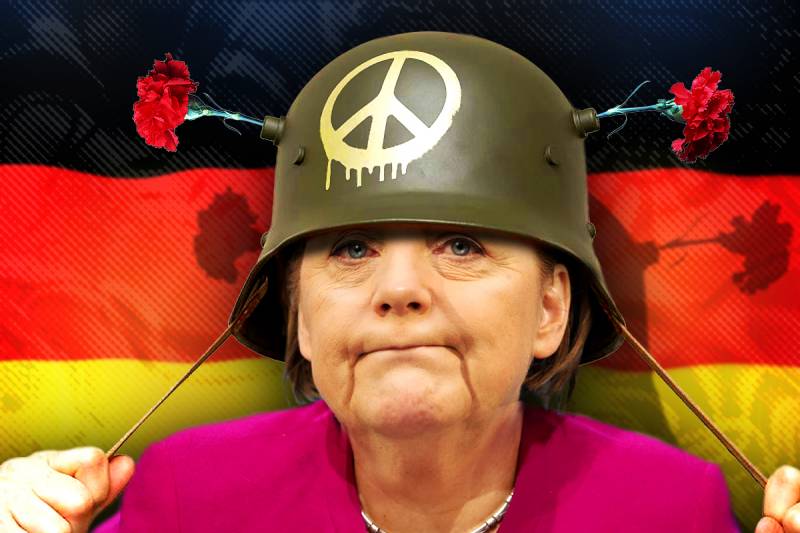 The growing scuffle between Washington and Berlin over Germany’s energy relations with Russia reflects, in addition to the business interests of American oil and gas concerns, the United States’s extreme dissatisfaction with the apparent reluctance of the Germans to take a place in the trench of the future anti-Russian war.

The question of why such a historically belligerent country like Germany suddenly ceased to be interested in aggressive predatory campaigns is of considerable interest.

The first version of the answer lies on the surface. The experience of two world wars, in which Germany had the imprudence to be Russia's enemy, taught the Germans a lot. And above all to the fact that with all the scenario, they will play the main role of the supplier of cannon fodder to the Eastern Front.

However, one should not forget that the huge casualties and the heavy defeat in the First World War didn’t prevent the same Germans to set fire to another universal military fire after 20 years.

The second explanation is “buried” not much deeper than the first. The current economic model of Germany’s existence as a central European country, which also has a very reliable energy supply from Russia, is quite comfortable with the Germans, and they have no reason to look for new military adventures on their ass.

However, this fact also has no absolute value. The same Germany unleashed the Second World War, being at the peak of the economic boom, which, moreover, the rest of the West very diligently helped. And even the Olympic Games to promote the Third Reich gave Hitler.

Why, then, is the current Germans so persistent in their unwillingness to once again help the Anglo-Saxons in their eternal desire to bring Russia to its knees?

In my opinion, the most important reason lies in the socio-psychological plane. And the same Anglo-Saxons are involved in this.

After the defeat of Germany in 1945, the Western Allies did everything possible to demilitarize not only the military-industrial potential of this country, but also to completely scrape out any hints from the German mentality historical past related to solving German problems by force weapons. This was due to the fact that Germany for the West turned out to be too capricious "bull terrier", which in certain circumstances could tear down not only the goal indicated to it, but also the indicator itself.

This demilitarization of the German consciousness was achieved by intensively hammering into it the so-called “guilt complex” of the entire German people for the crimes of Nazism. Moreover, these crimes were really so monstrous that there was more than enough reason to instill such a flawed world view. For dozens of years after the war, several generations of Germans were born, who are under the influence of this psychological complex and brought up in the spirit of unconditional adherence to the strictest taboos on praising militarism and in general everything connected with the army.

Here is what Jochen Bittner, editor of the politics department of the weekly Die Zeit wrote about the incorrigibility of the current German pacifism recently:

“I do not claim that the German leaders take an absolutely cynical position. It is just too deeply rooted pacifism, which we instilled in us Americans. The attempt to re-educate the Germans after 1945 was a success too well. Pacifism, sometimes in a self-contained form, has become an integral element of German DNA.
Every German schoolboy was taught four things: war is the worst thing that can happen; we Germans have shown a tendency to incite wars; we started World War I and World War II; and if World War III begins, we Germans will die first.
Our teachers passed through the horrors of concentration camps and were freed by American soldiers. Now these teachers formed our worldview in which war never, never had to be a solution to a problem. In no case. Never".

The other day I watched a video where young Germans, boys and girls, watched the Moscow Victory Parade. And they looked with obvious bewilderment. And admitted that they had never seen tanks on the streets of their cities. And they said that if the Germans saw this, they would be dumbfounded by this. One, however, said that he understood the Russians who had won that war and that the parade was a memory of that victory. But he immediately added that the Germans had nothing good to remember, and therefore they did not need parades.

In order to further “liquefy” the German national spirit and the gene pool, Germany, not without the knowledge of the same Anglo-Saxons and some others, became the first of the largest European countries, which was routinely flooded with millions of non-cultural “migrant workers”. Back in the seventies, long before the current refugee waves, German cities were inundated with migrants from Turkey, numbering seven million souls. Children and grandchildren of which today already feel they are real Germans. But at the same time they know absolutely nothing, except for the schoolbook of tolerant words in German history and culture. And to which all the more, there is absolutely nothing to do with German military traditions. And today, Africans and Asians, who were completely ignorant in this matter, were still hooked there.

In general, the vaccination against militarism in Germany was so powerful that the German authorities could not maintain even their very modest peacetime army in any decent condition. It has already reached the point that according to the most recent data, the once all-powerful German Luftwaffe today have as many as four fully combat-ready fighters capable of immediately performing the full range of possible tasks.

So the current Anglo-Saxon leaders, perhaps, would have been pleased to see the full-scale revival of the German militaristic spirit, which they used to successfully “in the past” in their, mainly anti-Russian, interests. But there is no, and is not expected, a suitable psychological and even partly national-ethnic soil in present-day Germany. With all my efforts, I can not strain my imagination to such an extent that I imagine I come from Somalia, cheerfully marching under the German military marches or even diligently studying German military history with all its Bismarcks and Ludendorffs. These guys are arranged much simpler and on the “Great Germany”, sorry for being direct, they don't give a damn from a high African baobab. 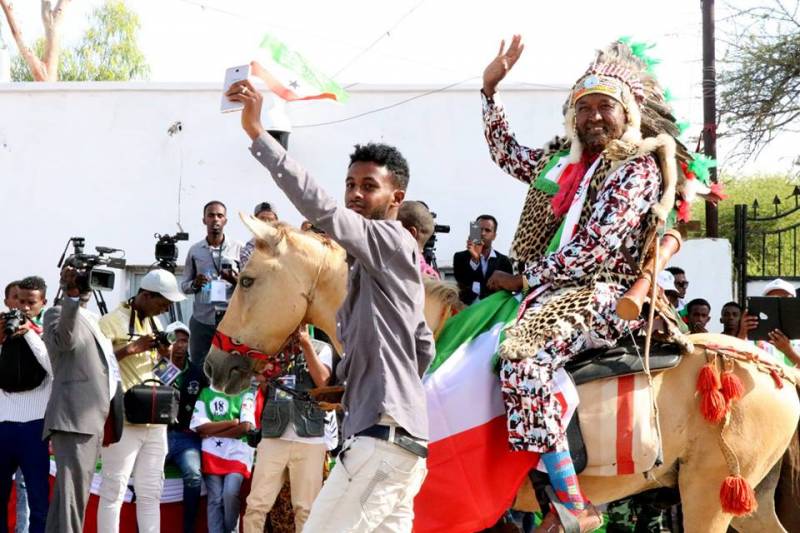 As for the current Germans themselves, the degree of their “tolerance” is such that it does not even allow theoretically to prevent their unwillingness to substitute the following cheek to the offender in the event of receiving slaps on the previous one. And if we consider that in the economic and social sense they have settled well in this “new wondrous world”, in any case, so far, it does not come as a surprise that the current residents of Germany are in no hurry to run up with their pants behind Uncle Sam. Which once again took it into his head to substitute the German ass under the Russian boot.

Ctrl Enter
Noticed oshЫbku Highlight text and press. Ctrl + Enter
We are
The tragedy of the American army ("The Atlantic", USA)Situational analysis of the death of the MH17 flight (Malaysian Boeing 777), made on the basis of engineering analysis from 15.08.2014
Military Reviewin Yandex News
Military Reviewin Google News
45 comments
Information
Dear reader, to leave comments on the publication, you must sign in.