What about the bill? Poroshenko imposed regular sanctions against Russia

18 May 2018
21
The President of Ukraine, Mr. Poroshenko, enacted the decision of the National Security and Defense Council of Ukraine (NSDC) to impose personal sanctions against Russian legal entities and individuals, according to the website of the presidential administration. 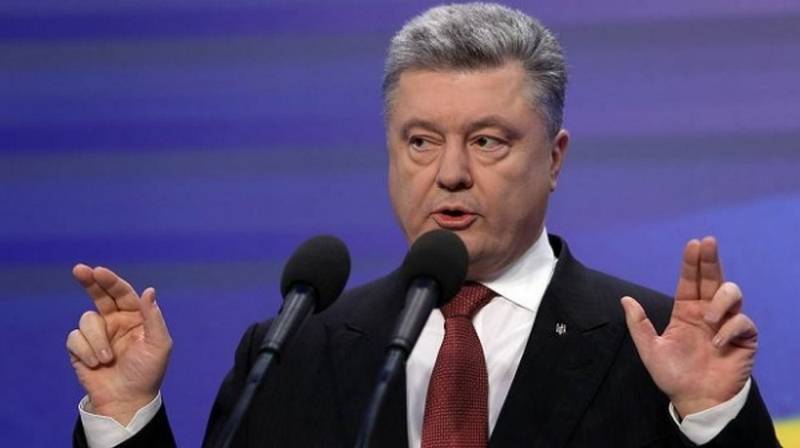 To enact the decision of the National Security and Defense Council of Ukraine of 2 of May 2018 of the Year "On the application and abolition of personal special economic and other restrictive measures (sanctions)
- the document says.

The decision comes into force from the date of publication. At the same time, the list of persons and companies for which sanctions have been imposed has not yet been published.

Ukraine has previously imposed sanctions on 1228 individuals and 468 legal entities, among which were Russian officials, politicians, business leaders, journalists, some residents of Donbass, the Almaz-Antey concern, Gazprombank, Aeroflot, etc.

In 2017, Ukraine also imposed sanctions on Russian Internet and media companies such as Mail.ru Group, Yandex, VKontakte and Odnoklassniki.

Poroshenko also introduced 9 February 2018, the decision of the National Security Council, which deals with additional measures to counter the alleged "informational aggression" of the Russian Federation. However, the document is classified and its content is unknown, reports TASS

Ctrl Enter
Noticed oshЫbku Highlight text and press. Ctrl + Enter
We are
Almaz-Antey published the results of field experiments that determine the cause and those responsible for the crash of MH-17. The West has tensed ...Statement by the General Director of Almaz-Antey Air Defense Concern OJSC
Military Reviewin Yandex News
Military Reviewin Google News
21 comment
Information
Dear reader, to leave comments on the publication, you must sign in.