18 May 2018
14
Serbs value friendship with Russia, so Belgrade will not join the EU’s anti-Russian sanctions, reports RIA News Statement by the President of the Republic Alexander Vucic. 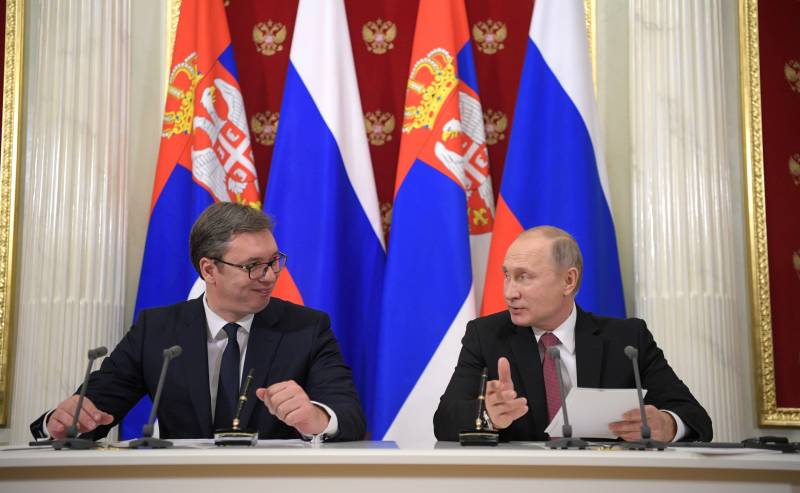 I constantly declare that we will never join the sanctions of the European Union against the Russian Federation,
Vucic said in an interview with the German Rheinische Post.

He also spoke about his attitude to the Russian leader Vladimir Putin.

I know him very well and have great respect for him. And I know that Serbia can rely on it. Three times I urgently needed his help, and three times I was immediately able to contact him by phone,
said the president.

In addition, he noted that he had never heard any objections from Vladimir Putin about the country's desire to join the European Union.

Vucic added that Serbia’s NATO membership would be a problem for Moscow, “but there’s no such outcome, since Belgrade prefers to remain neutral.”