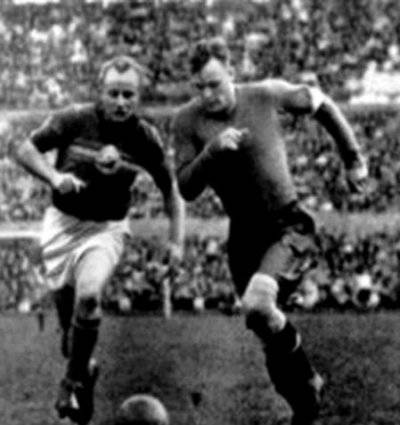 6 May 1942 was decided to hold a football match at the Dynamo stadium in besieged Leningrad.


Two months after the start of World War II, in August 1941, the Germans launched a powerful offensive on Leningrad. The fascists planned to seize Leningrad, and after that launch a huge offensive of troops on Moscow. Then people stood shoulder to shoulder to protect their hometown. And it did not matter: you are an adult or a child - the war concerned everyone.

Having failed at the walls of Leningrad, the fascists decided to strangle the city with hunger. By the end of August, the fascists managed to cut the Moscow-Leningrad railway. 8 September 1941, the fascist ring around Leningrad was closed by land. The blockade has begun. At the beginning of the blockade, about 2,5 million people remained in the city, of which 400 were thousands of children.

Since the end of November, the 1941 of the year has been operated by the ice Ladoga highway - the legendary Road of Life, along which bread was being brought. The fascists ruthlessly bombed it. For many people, this road was the last. But people did not lose heart. The blockade of all rallied together.

In order not to lose fortitude and support others, people wrote poetry, painted pictures and composed music. 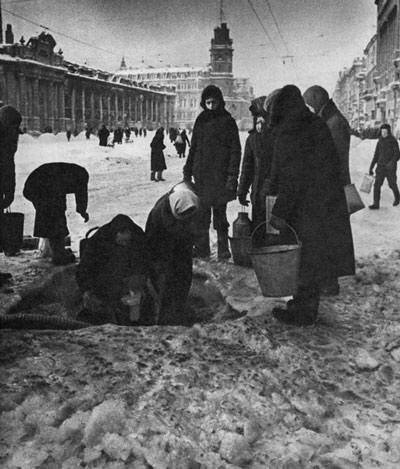 In the besieged Leningrad, the composer Shostakovich creates the 7-th Leningrad Symphony, which became the symbol of the resurrection of Leningrad and resistance to the enemy.

In April, German planes 1942 scattered leaflets above our parts: “Leningrad is the city of the dead. We do not take it yet, because we are afraid of a deadly epidemic. We have wiped this city from the face of the earth. ”

It’s hard to say who remembered about football first, but the 6 of May 1942, the Leningrad Executive Committee decided to hold a football match at the Dynamo stadium. Thus, in the besieged Leningrad 31 in May, a football match was held between the teams of Dynamo and the Leningrad Metal Plant. The game, which took place in May at Dynamo Stadium, refuted the arguments of enemy propaganda. Leningrad lived and even played football!

It was not easy to recruit 22 man. For this match, former players were recalled from the front line. The footballers understood that they would make Leningraders happy with their game and show the whole country that Leningrad is alive.

The Dynamo team was almost entirely made up of footballers playing for this club before the war, while the factory team was heterogeneous - those who could play and who were strong enough to play football played because the hungry residents of Leningrad barely enough to just move around.

Not all athletes were able to enter the field. Too much exhaustion prevented them from taking part in the game. With great difficulty, the midfielder of “Zenith” A. Mishuk, who was discharged from the hospital after the severe stage of dystrophy, could play. The first ball, taken by him in the game on his head, knocked him off his feet.
The field of the Dynamo stadium was “plowed up” by bombers. It was impossible to play on it. Played on the reserve field of the stadium. The townspeople did not warn about the match. Fans were wounded from a nearby hospital. 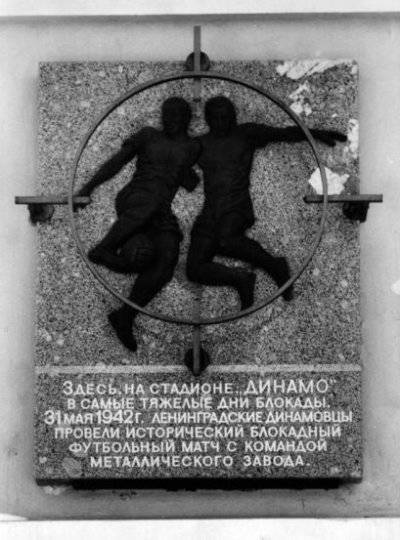 The match consisted of two shortened times for 30 minutes. The meeting was held without replacements. The second half of the players spent under the bombing. How could exhausted and exhausted players to spend on the field all this time, no one knows.

At first, the slow movement across the field of these people was little reminiscent of a sports competition. If a football player fell - to stand up himself was not strong. The spectators, as in the pre-war years, encouraged the players. Gradually, the game improved. They didn’t sit down on the grass, they knew they wouldn’t be able to rise. After the match, the players left the field in an embrace, so it was easier to go. The match in the besieged city was not easy. It was a feat!

The fact of the match in the besieged city did not go unnoticed by either ours or the Germans. He caused a huge resonance throughout the country, so raised the spirit of the inhabitants of the city.

27 January 1944, the Soviet troops of the Leningrad and Volkhov fronts broke through the blockade ring. The longest and most monstrous blockade in the world storieswhich lasted xnumx days and nights.

Leningrad survived and won! A memorial plaque to these truly iron people was installed at the Dynamo stadium only in 1991 year. It depicts silhouettes of football players and inscribed the words: “Here, at the Dynamo stadium, on the most difficult days of the 31 blockade on May 1942, the Leningrad Dynamo players held a historic blockade match with the Metal Plant team”. Later matches in the besieged city of Leningrad became regular.
Everyone knew - the city lives!

Ctrl Enter
Noticed a mistake Highlight text and press. Ctrl + Enter
We are
Hundred-hour football war"Black October" of 1941 of the year: rout of the Bryansk Front and Vyazemsky "boiler"
13 comments
Ad