11 May 2012
11
Theodore Bergman (Bergmann) in 1900 year received a patent for the design of a machine gun with a retractable engine automation. It is believed that the author of the system is Louis Schmeisser. The first batch of machine guns Theodor Bergman Abteylung Waffenbau AG company (city of Suhl) was released in 1902 year. Later, various changes were made to the system, and after the MG.08 machine gun MG.10 “Bergman” was introduced as “lightweight” to the German army. This model was tested and purchased by China under the designation Model 11. The beginning of the First World War forced to pay more attention to the “lightweight” model. Soon the Reichswehr was given a modification of MG.15, although it was never officially accepted for service. 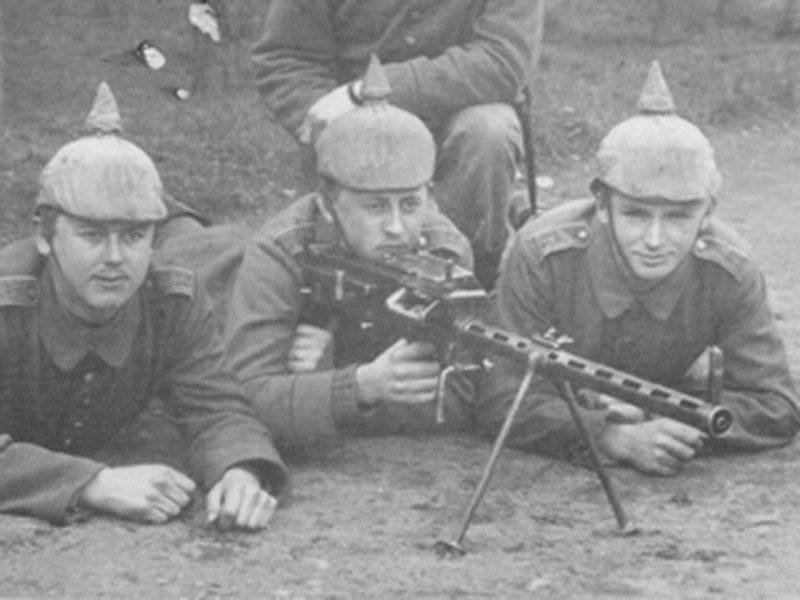 The machine gun "Bergman", like most of his contemporaries, was mounted on a tripod machine, had water cooling and rear control handles. The most promising features of this machine gun were the quick-change barrel, as well as the link tape, designed for 200 cartridges, but in practice, regular canvas tape designed for 250 cartridges was used.

After Louis Schmeisser left the company, his son Hugo was engaged in the refinement of the machine gun. In 1916, the LMG.15 appeared - a “light” air-cooled machine gun. Shooting in the first embodiment was carried out from the rear whisper, but failed to achieve reliable operation. In this regard, the LMG.15nA machine gun (neue Art - “a new type”) was soon released in which the shot was fired from a closed bolt (from the front whisper). The LMG15nA (or MG.15nA) had a pistol control handle, a shoulder rest on the back plate, and a holder for the cartridge case as in MG.08 / 15 machine guns. It was proposed that this machine gun go into service aviationHowever, in August 1916, Ode was adopted as an infantry. With the German troops, he first appeared on the Italian front. We were talking about a machine gun, which in mobility approached light machine guns and was not inferior in intensity to easel fire. The machine gun was also placed on the bipod MG.08 / 15 and it can rightfully be considered one of the first prototypes of a single machine gun.

The trunk had a transverse fins, with a barrel wasp connected with a dry-threaded connection, which allowed it to be replaced in half a minute. In automatics the scheme of recoil of the trunk was realized during a short stroke. The barrel was locked with a wedge, which vertically slid in the receiver window and grappled with the notches of the bolt with its lugs. The trigger-type trigger was wound in the trigger box, and included a screw spring with a pusher; the tail of the pusher protruded behind the pistol grip from the trigger box, serving as a pointer for cocking. The trigger was locked with a safety lever located on the right side of the trigger box.

While the trigger was being pulled, the trigger was shifted, turning the self-timer. In this case, the trigger descended from the platoon and hit the gate on the drummer. After the shot, the mobile system retreated a millimeter back on the 13, the locking wedge inclined by the bevel of the box insert, releasing the bolt. At the same time, the wedge turned the lever accelerator, which transmits the energy of motion to the bolt from the barrel, while accelerating the bolt departure. 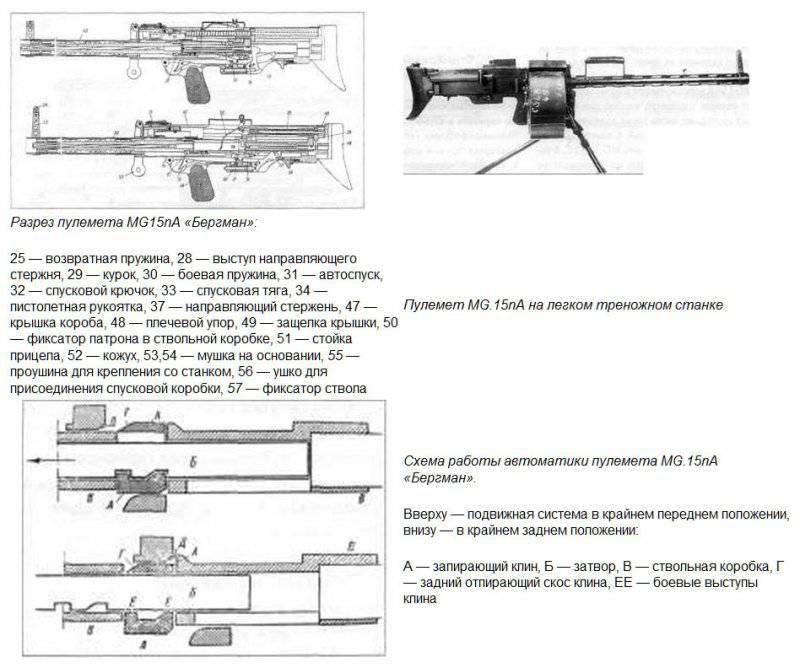 The barrel spring was compressed, and the barrel remained in the rear position. Under the action of a return spring, the next cartridge was sent to the chamber. Having reached the state cut of the trunk, the bolt retracted the latch of the locking wedge. After that, the entire mobile system moved forward. The locking wedge, having bumped into the box bevel with its upper bevel, was lowered, engaging the bolt and the receiver. In case the trigger was pressed, the self-timer was pressed and the next shot was made with a moving receiver. The cartridge case was ejected by the ejector of the bolt and the reflector of the receiver.

The design of the feed mechanism included a base, a slide with a spring and a guide rod, a lever, a thrust and fingers. When moving back, the receiver retracted the receiver, which turned the lever, which in turn moved the slider to the right. The fingers of the ram jumped over the cartridge in the belt, and the spring of the ram shrank. In the lid of the box, the extractor was pulled back by the shutter handle. The cartridge was removed from the tape extractor, and the feeder lowered it into the receiver. While moving forward, the receiver box through the lever and thrust shifted the slider to the left, which shifted the tape by one step. The drive of the feed mechanism from the receiver and the spring of the slide ensured reliable pulling of the tape. 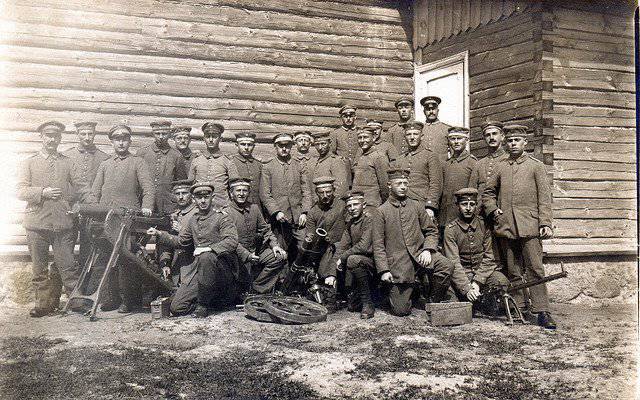 Rack mount had notches up to 2 thousand meters. On the trunk of the barrel was fixed carrying handle. The design of the machine gun consisted of 141 parts. On a light tripod machine gun was attached to the eye located in front of the box. But in the last year of World War I, the MG.15nA machine gun was used as a light machine gun on bipods (which was especially convenient for assault groups), but their number was small, although MG1.5nA with 200 tape on cartridges could replace MG.08 / 15. In the conditions of world war, it was not possible to expand the production of a machine gun at the appropriate scale - the production volume was estimated at 5 thousand machine guns. Machine guns "Bergman" were in service before the rearmament of the German army that occurred at the beginning of the 30-s, they were used during the Spanish Civil War, and even during the Second World War.

To unload the MG.15nА Bergman light machine gun, it was necessary: ​​Turning the safety catch forward to engage it in this way. Turning off the lower feed fingers, remove the tape to the right. To remove the cartridge from the chamber, take the handle to the rear. After removal, release the handle. Pull the trigger after turning off the fuse. 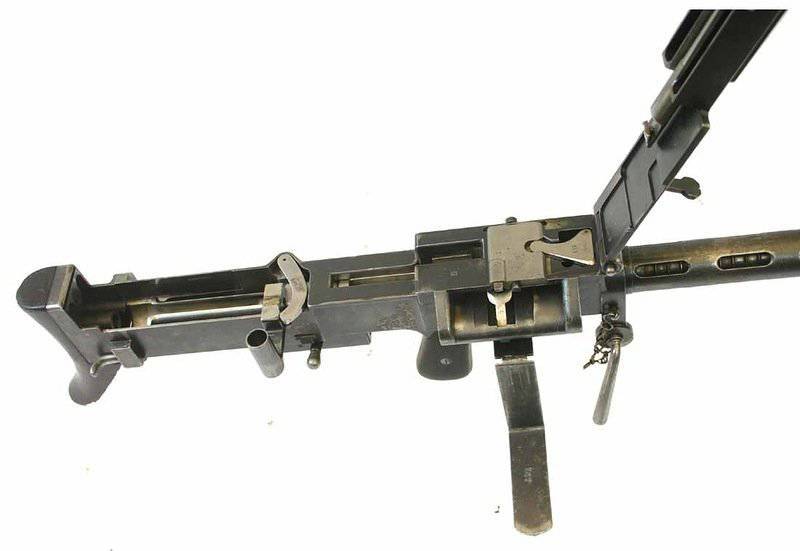 The order of partial disassembly of the MG.15nA "Bergman" light machine gun:
1. Pull the lid of the box cover forward and open it.
2. Separate the receiver.
3. Take back the locking pad and detach it.
4. Remove the shutter.
5. Rotate the accelerator 180 degrees and remove it.
6. Pull the liner to the left, remove the receiver and the barrel.
7. Separated from the barrel receiver.
8. Separate the trigger box.

To build a machine gun, all actions are performed in reverse order. 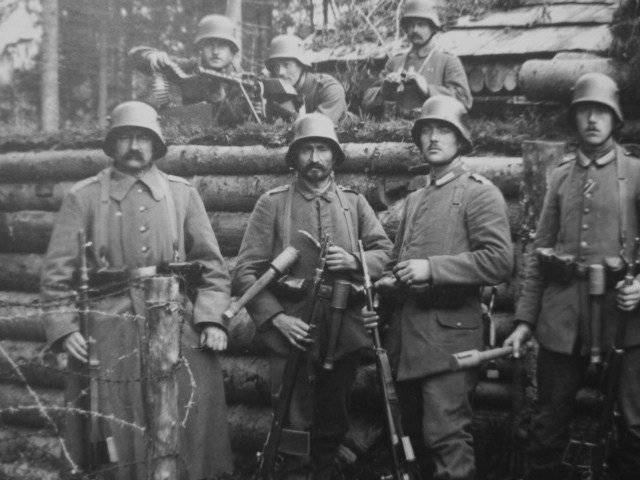 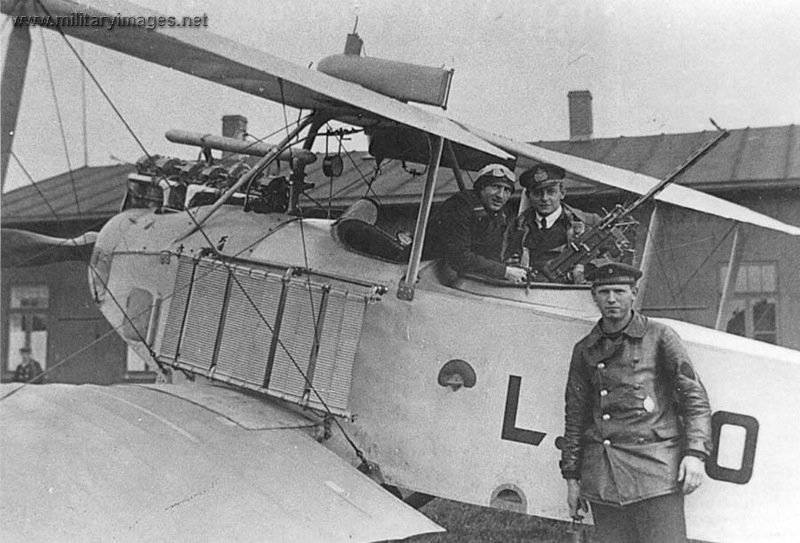 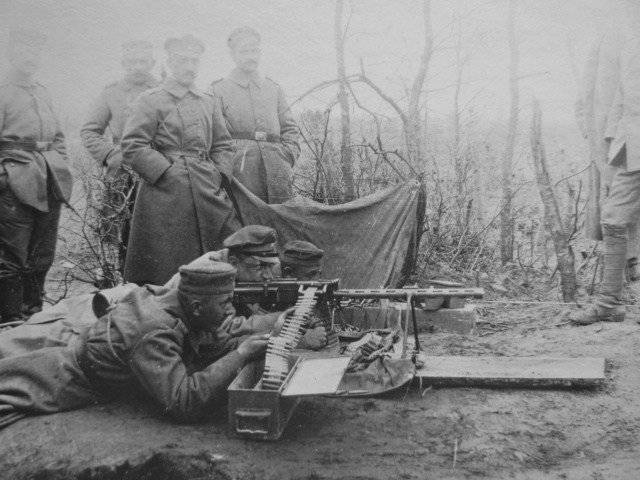 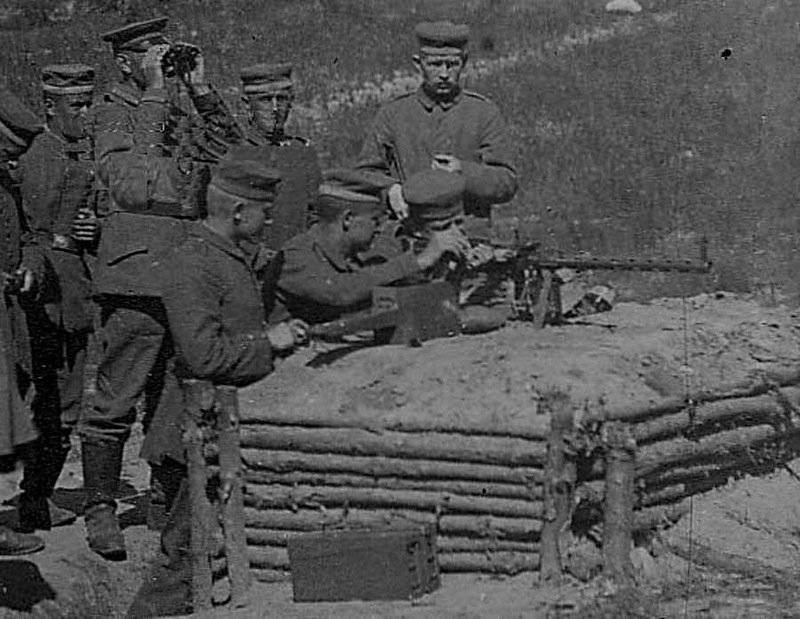