Two megatons. The media revealed the characteristics of the underwater drone

17 May 2018
91
The Poseidon unmanned underwater vehicle created in Russia will be able to carry a nuclear warhead with a capacity of up to two megatons to destroy enemy naval bases, reports TASS, citing a source in the military-industrial complex. 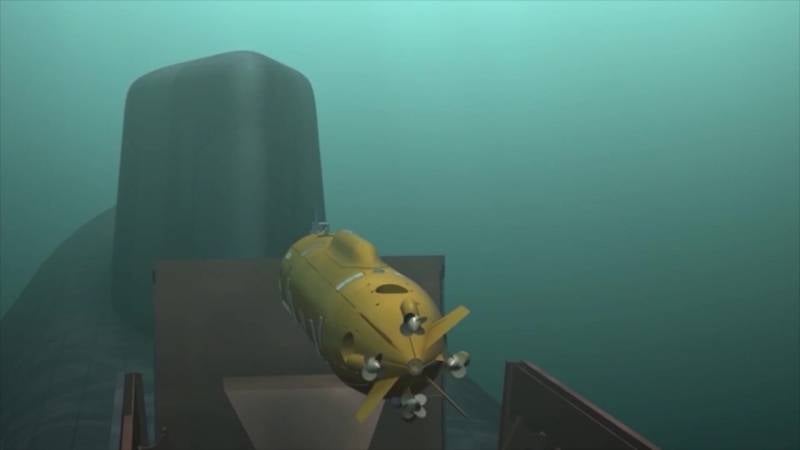 On the “torpedo” of the multi-purpose marine system “Poseidon”, it will be possible to install various nuclear charges, the maximum power will have a monoblock thermonuclear warhead similar to the “Avagard” charge - up to two megatons in TNT equivalent
- source said

According to him, in nuclear equipment, the device will be “designed primarily to destroy the fortified naval bases of a potential enemy” and will be able to reach the target at an intercontinental distance at a depth of more than one kilometer at speeds up to 130 km / h.

As previously reported, the Poseidon will enter the Navy’s combat strength under the current weapons program for the 2018-2027 years, its carrier will be a new specialized submarine being built at Sevmash.