17 May 2018
64
The US Navy nevertheless decided to "shock test" the newest aircraft carrier USS Gerald R. Ford (CVN-78). A strength test under the FSST (Full Scale Shock Trials) program will be held this year, Warspot reports with reference to the businessinsider.com portal. 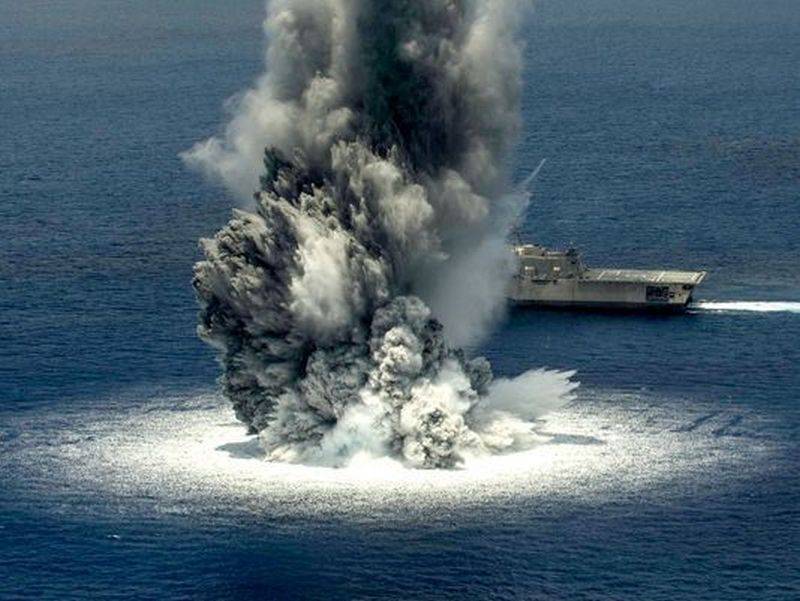 It was originally planned to "blow up" John F. Kennedy - the second aircraft carrier in this series. According to the military, such a solution would accelerate the deployment of the USS Gerald R. Ford (CVN-78) and strengthen the capabilities fleet, but this idea was officially abandoned.

The US Navy is testing their ships for strength. For these purposes, the program developed FSST, according to which the ship is subjected to a series of three explosions. According to the authors of the testing, this should confirm that the ship is ready for military operations and will be able to "survive" after being hit by a missile or bomb strike. At a distance of less than 100 m from a ship under water, 4,5 t of explosive is undermined (the exact FSST testing method is secret). After the charge is detonated, a special team collects data from hundreds of sensors fixed at different points of the ship and determines the level of damage.

The FSST procedure will make it possible to verify the strength of the ship or to reveal design flaws for their correction when building subsequent aircraft carriers of the series. According to the unofficial version, one of the reasons for this decision is the development by China of new anti-ship missiles DF-21D.