The newest American convertiplane V-280 Valor flew in an airplane

17 May 2018
59
Promising American convertible glider V-280 Valor, developed by Bell Helicopter, 15 on May 2018 of the year made its first flight in aircraft mode, reports "nplus1" with reference to Defense News. During these tests, the aircraft developed speed in 190 nodes (about 352 kilometers per hour). 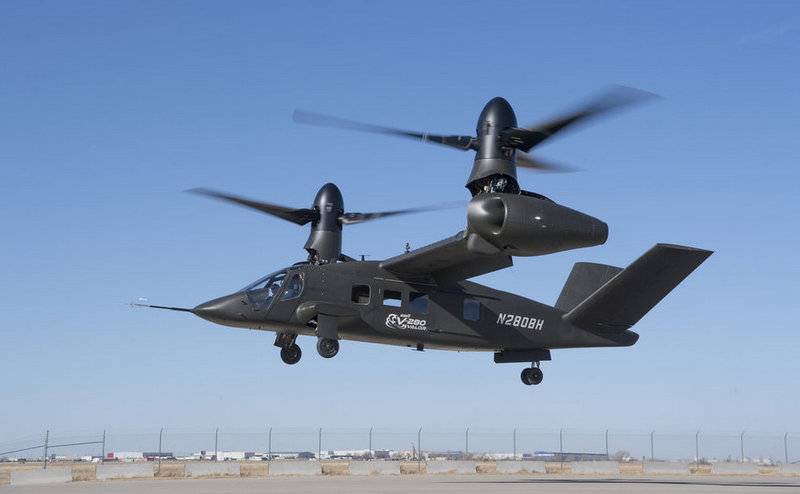 Details about the tests were not disclosed. Probably, the experts checked the transit flight mode during the transition from the “helicopter” configuration to the “aircraft” configuration and back. The performance of the onboard equipment and propeller turning mechanisms was also evaluated.

In total, V-280 has spent 27 hours in the air so far. The convertoplane has already passed ground tests, made several flights in helicopter mode, including with a slight inclination of the propellers. In addition, experts checked the work of the onboard equipment of the device.

The V-280 is being developed as part of a JMR tender as a new army transport aircraft designed for the rapid transfer of fighters and cargo over long distances. According to the requirements of the military, such a device must be capable of vertical takeoff and landing.