Dodon spoke about the fate of the NATO office in Chisinau

17 May 2018
27
Most likely, the NATO office in Chisinau will be closed before the end of this year, reports RIA News statement by the President of Moldova Igor Dodon. 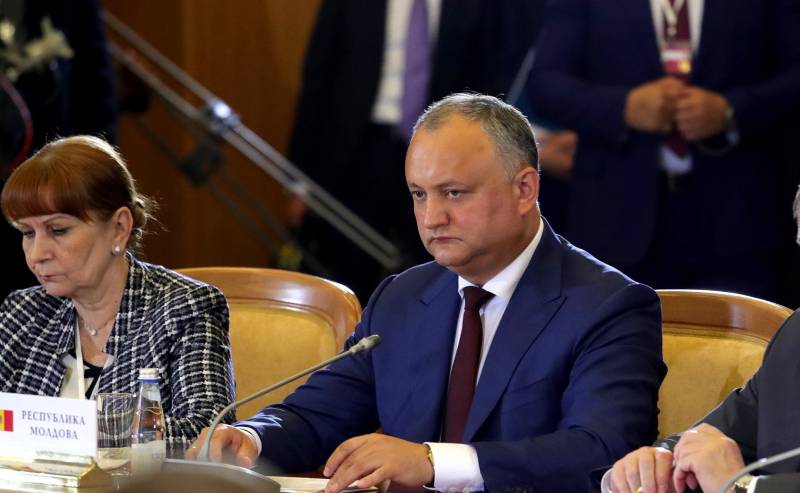 There is a high probability that after the parliamentary elections at the end of this year, the office of the alliance will be closed,
said the president.

He noted that the reason for the activity of NATO in Moldova is the desire “to get as close as possible to the borders of the Russian Federation”.

In this regard, Dodon stressed that he could not allow "to use the country in geopolitical confrontations," and recalled that the majority of Moldovans oppose the country's entry into the North Atlantic bloc.

On Monday, the Institute of Public Politics of the Republic presented the results of a poll, according to which, in the case of organizing a popular referendum, 19,4% (previously - 21%) voted in favor of Moldova joining NATO, and 60,8% (53%) voted against. At the same time, 62% of respondents supported the preservation of the country's neutrality (53%), and 14% supported cooperation with NATO (18%).

Recall that in December 2017, a NATO liaison office was opened in Chisinau. Against this, President of the Republic Igor Dodon has repeatedly spoken. Earlier, he also stated that he still insists on the international recognition of Moldova’s neutrality.

Ctrl Enter
Noticed oshЫbku Highlight text and press. Ctrl + Enter
We are
Report on the results of the survey-2013 "Evaluation of state political figures"
Military Reviewin Yandex News
Military Reviewin Google News
27 comments
Information
Dear reader, to leave comments on the publication, you must sign in.