"Caliber" settled in the Mediterranean on an ongoing basis

16 May 2018
44
During a meeting with representatives of the main defense department in Sochi, Vladimir Putin made an important statement about the permanent presence of Russian warships in the Mediterranean. Recall that now on a rotational basis in the eastern part of the Mediterranean Sea (off the coast) of Syria there is a group of ships of the Russian Navy. The main base for them in this region is Tartus.


According to the supreme commander, constant military watch in the Mediterranean Sea will begin to carry ships that are armed with cruise missiles "Caliber". According to Vladimir Putin, this measure is connected with possible attacks of terrorists in Syria. 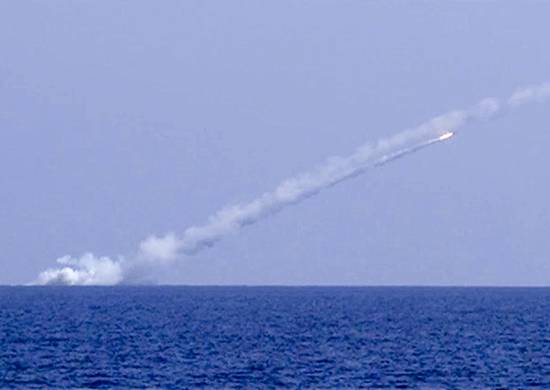 The President noted that the KR “Caliber” has already proven itself well during the counter-terrorist operation in Syria. RIA News quotes the words of the head of state:
Cruise missile attacks, efficient deck work aviation seriously damaged the terrorists, destroyed important infrastructure facilities. The practice of long sea voyages, exercises and trainings should be continued. This year, 102 campaigns of ships and submarines are planned.

Caliber cruise missiles have been repeatedly used to deliver targeted attacks on terrorist targets in Syria. Sea-based Caliber strikes were launched from the waters of the Mediterranean and Caspian Seas. The first strike of RK "Caliber", carried out by Russia, shocked not only the militants in Syria, but also the Western "partners", who began to talk more and more about the new weapons Russian.