Where Russian science is heading

18 May 2018
69
The decree “On the structure of federal executive bodies” signed by the President of Russia introduces significant changes in the management scheme of Russian science. 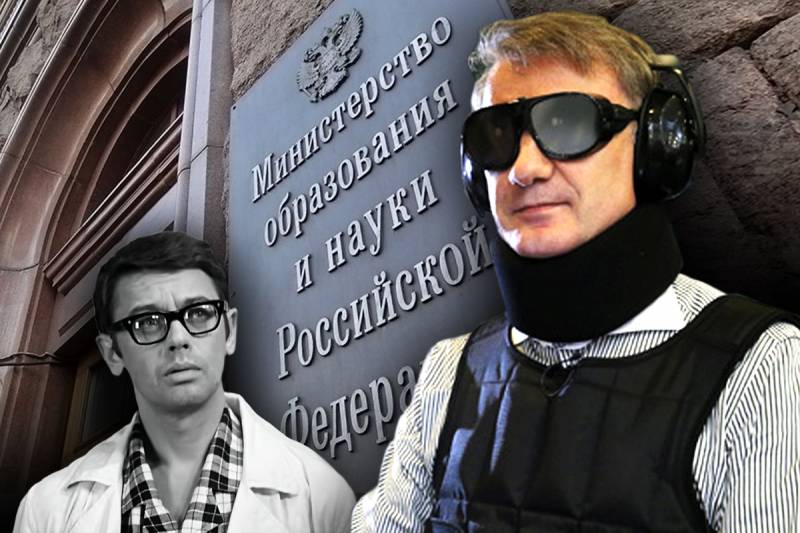 Note that between the FANO, established in October 2013 of the year, and the Russian Academy of Sciences (RAS), more than four years of the agency's existence were a real war.

FANO had the authority to approve a program for the development of subordinate scientific organizations, state assignments for fundamental and exploratory research work (R & D), to assess the effectiveness of scientific organizations, and also served as a state customer, including the conclusion of government contracts for scientific research, developmental works (R & D) and technological works to meet the needs of the Russian Federation.

In addition, FANO was the main recipient and manager of the federal budget funds for scientific purposes, and also had the right to remove and appoint managers to subordinate scientific organizations.

The special anger of the Russian scientific community was caused by the attempt of the FANO to introduce into planning an estimate of the duration of work in man-hours, as in normal project activities. Representatives of the Russian Academy of Sciences noted that when conducting research and development, it is impossible to determine the duration of work in this way, and also to establish that, for example, ten scientists must make such a discovery within twelve months.

In February 2018, the presidential administration of the Russian Federation introduced amendments to the federal law “On the Russian Academy of Sciences” to the State Duma, partially curtailing the powers of the FANO and expanding the RAS’s area of ​​responsibility. In particular, the resignations and appointments in the scientific field according to the amendments should be made by the authorized federal executive body (previously - FANO, now the Ministry of Science and Higher Education) in coordination with the Presidium of the Russian Academy of Sciences.

Also, the RAS will be charged with the obligation to forecast the main directions of the country's scientific, technological and socio-economic development, and provide the government with an annual report on the implementation of state policy in the field of scientific and scientific and technical activities.

At the same time, it should not be assumed that the abolition of the FANO means the victory of the point of view of the Russian academicians on the management of science. The powers of this federal agency are transferred to a more statusful executive body — the ministry. Probably, because in this way the Russian leadership seeks to improve the quality of scientific management.

At the same time, an interdepartmental dispute over who should be the master of Russian science is only the tip of the iceberg. The country's leadership has accumulated a lot of questions to scientists. In particular, in April 2018, at a meeting with rectors of higher educational institutions, Vladimir Putin very categorically demanded that scientists create a scientific reserve for the future, stating that the country could live for only ten to fifteen years on the current scientific and technical reserve (NTL).

High requirements for scientific activities were expressed by the president in the message to the Federal Assembly and in the May decree "On the national goals and strategic objectives of the development of the Russian Federation for the period up to 2024 of the year."

Note that the Strategy for the Scientific and Technological Development of Russia also specifies the problem areas of Russian science. For example, in the Russian Federation, the share of innovative products in the total output is just 8-9 percent, investment in intangible assets in Russia is 3-10 times lower than in the leading countries of the world. There is virtually no transfer of knowledge and technology between the defense and civilian sectors of the economy, which hinders the development and use of dual-use technologies.

Moreover, the effectiveness of Russian research organizations is significantly lower than in the leading countries (United States of America, Japan, Republic of Korea, People's Republic of China), according to the Strategy of Scientific and Technical Development of the Russian Federation. Despite the fact that in terms of expenditure on research and development and the number of researchers, the Russian Federation is in the second group of leading countries (countries of the European Union, Australia, the Republic of Singapore, the Republic of Chile), by performance (the volume of publications in high-ranking journals, the number of international patents on the results of research and development, the volume of revenues from the export of technology and high-tech products) Russia falls only in the third group of countries (a number of countries in Eastern Europe and Latin th America).

Note that even at the level of problem statement in the Strategy of the RF NTR, rather vague criteria are used to determine the effectiveness of science. For example, it refers to a low level of investment in intangible assets, although it would be more accurate to try to determine how effective such investments are.

Evaluation of performance in terms of the volume (number) of publications in high-rating journals or in the number of issued international patents can only be indirect and shows little. Let us ask ourselves a question: when the USSR tested the atomic bomb in 1949, which was undoubtedly a great achievement of Soviet science, how many publications in foreign journals appeared in this connection and were there any international patents registered for this product and its components?

At the same time, at present, such a, at least, debatable model of target indicators has been introduced in Russian science.

For example, according to the Development Program of the Federal State Institution “Federal Research Center Institute of Applied Mathematics named after M.V. Keldysh of the Russian Academy of Sciences on 2016-2020's, the following targets are used:

Note that, according to the Russian State Standards, which describe the various stages of the product life cycle, including research and development, much clearer performance criteria are used. For example, a research work is considered complete (in one of many cases, of course) if an act or a conclusion on the implementation of research results was drawn up, that is, the scientific data obtained were used to open development works or to initiate other scientific works, or in forecast, analytical, or planning documents of national importance.

It should also be noted that in recent years, targeted Russian efforts have been made in the Russian high-tech industry, defense industry and government bodies in this area for the so-called technology transfer - transferring Western practices of scientific management, defense procurement, product lifecycle management to Russian reality. The source of this transfer are methodological manuals of NASA, the US Department of Defense (DoD, The Department of Defense), Boeing, Airbus, etc.

While the above-mentioned Western practices are transparent, very well developed and are used both in government organizations and in private companies in the USA, the EU and Japan, in Russia their implementation, at least at the moment, is very fragmentary and imperfect. At the same time, the harmonious Soviet culture of the system for developing and putting into production (SRPP) of products by Russian science and industry was largely lost, although the Soviet SRPP at one time (in 1990-s) served as a source for significant correction of Western practices adopted by Russia today.

It seems that the main challenge and problem for Russian science is not so much the material or managerial part of the issue, as the shortage of managerial personnel with systemic strategic thinking and competences in organizing the strategic management of various activities. Vladimir Putin undoubtedly possesses such qualities, and for this very reason for almost two decades he has turned into the only leader of Russia. However, in less responsible positions, there are probably very few managers with similar competencies.

Ctrl Enter
Noticed oshЫbku Highlight text and press. Ctrl + Enter
We are
About Stalin and KhrushchevWhat you didn't want to know about England
Military Reviewin Yandex News
Military Reviewin Google News
69 comments
Information
Dear reader, to leave comments on the publication, you must sign in.