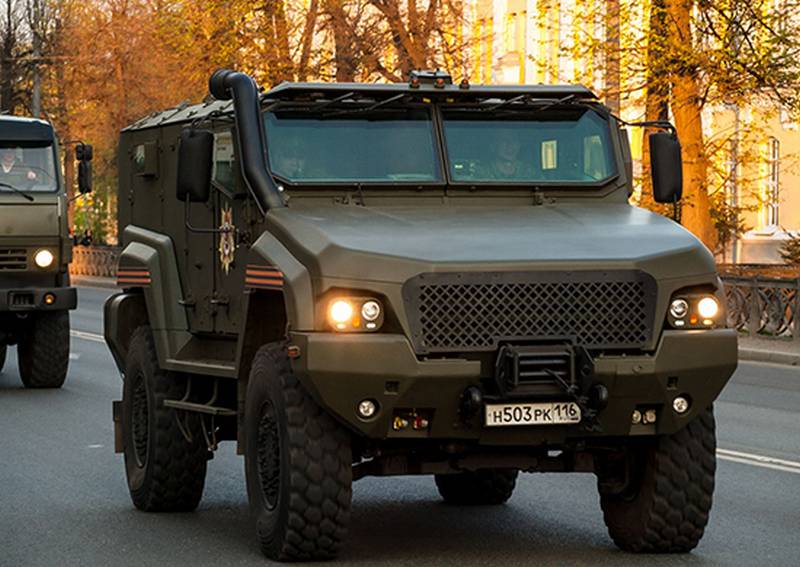 "Typhoon" has smaller dimensions in comparison with the existing equipment (Typhoon-K) and other characteristics. Inside its armored corps there are ten seats for the crew and the landing: four (including the commander and driver) are facing forward along the way, the other six are located in the aft troop compartment, at the sides. The payload of the machine is 2 t.
- said in a statement

It is noted that already this week the special forces groups will begin to master the car, conduct classes on extreme driving in the conditions of mountainous and wooded terrain and off-road at the general military range and tank-course.

New armored car can be used to solve various problems. First of all, it is transportation of personnel or small cargoes, as well as escort convoy.

In addition, after some refurbishment, an armored car can become an ambulance, reconnaissance, command and command vehicle.