16 May 2018
19
The sale of the TON-1A “Solntsepek” heavy flame-thrower systems to the Armed Forces of Algeria was officially confirmed: one of these 12 systems in May was shown in a video report of Algerian television about military exercises, reports TSAMTO with reference to Jane's Defense Weekly 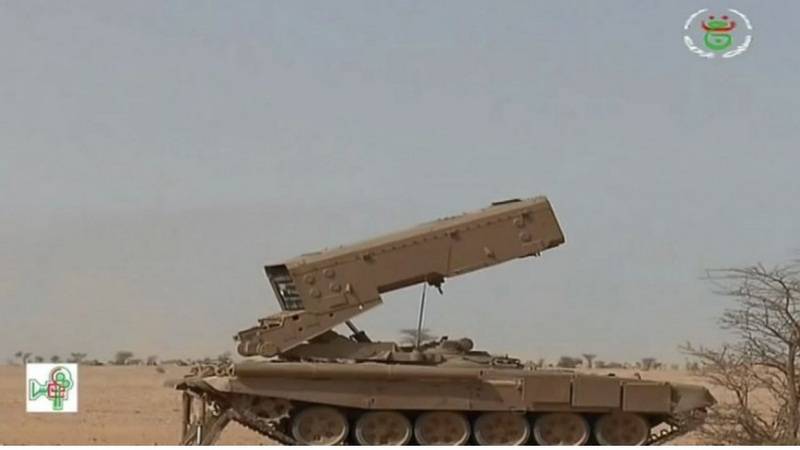 The system was demonstrated during live-fire exercises held in the 4th military district in the presence of the Chief of the General Staff of the National People's Army of Algeria, Lieutenant General Ahmed Gaid-Salah. Judging by the published materials, a heavy flamethrower for Algeria is made on a chassis tank T-90S, which is currently the backbone of the tank forces of this country.

Thus, Algeria became the fifth known export customer for TOS-1A after Armenia, Azerbaijan, Iraq and Kazakhstan. According to military experts, the military-political leadership of Algeria had a desire to acquire such equipment after its use in Iraq. "Solntsepeki" demonstrated very high efficiency, making a significant contribution to the defeat of the terrorist group "IS" banned in Russia.

Ctrl Enter
Noticed oshЫbku Highlight text and press. Ctrl + Enter
We are
Russia firmly occupies a place in the global arms market 2 and will maintain its position in the foreseeable future.British experts compared the armies of Armenia and Azerbaijan
Military Reviewin Yandex News
Military Reviewin Google News
19 comments
Information
Dear reader, to leave comments on the publication, you must sign in.