16 May 2018
62
Moscow is not going to ask anyone for permission to build a transport infrastructure in the interests of the country's citizens, reports RIA News statement of the Russian embassy in Washington. 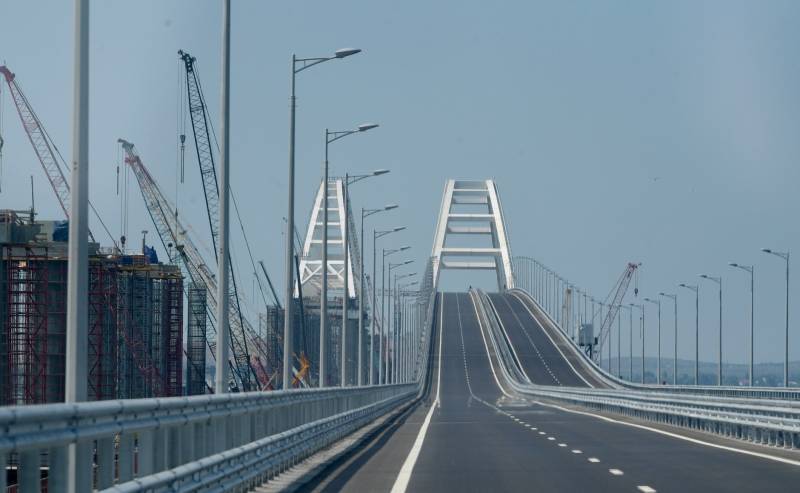 Washington is predictably unhappy. But Crimea is Russia. We will not ask anyone for permission to build transport infrastructure in the interests of residents of the Russian regions
it is said in the comment of the Russian diplomatic mission.

Earlier, the State Department expressed concern about the opening of the bridge across the Kerch Strait. According to the representative of the Ministry Heather Nauert, "the construction of this bridge definitely limits the delivery of goods on ships, so it affects people, the Crimea, Ukraine in this way."

Nauert added that the bridge "not only strengthens the illegal seizure and occupation of the Crimea by Russia, but also affects navigation."

Recall, yesterday, Vladimir Putin opened traffic on the automobile part of the bridge across the Kerch Strait. The bridge became the longest in Russia, its length was 19 kilometers.