Provocations for the World Cup: the Foreign Ministry of Ukraine guarantees them

16 May 2018
29
The head of the Foreign Ministry of Ukraine made another statement, extremely far from the diplomatic protocol. Warning his fellow citizens from traveling to the World Cup, Pavel Klimkin "guaranteed provocations" in Russia during its holding. 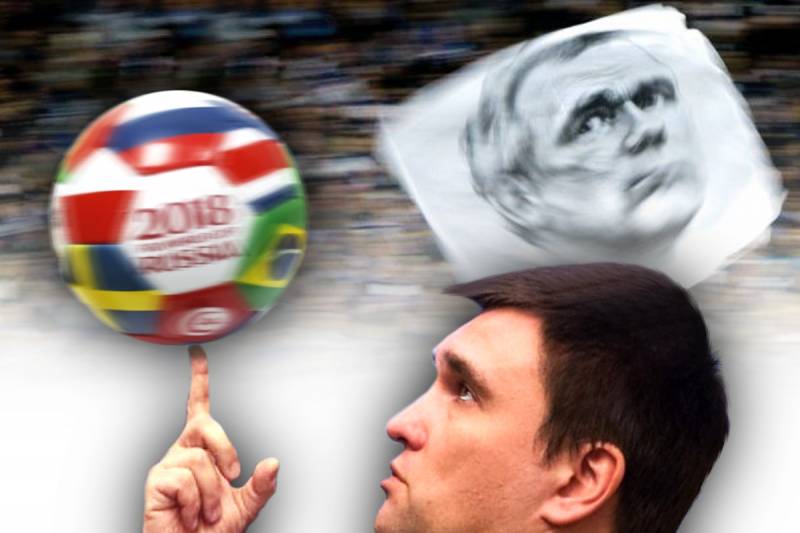 “I urge all Ukrainians not to go to Russia for the 2018 World Cup. Provocations are guaranteed, and security is not protected by anyone there, ”the minister wrote in a twitter account of the Foreign Ministry.

Such a statement is knocked out even from the usual outline of the traditional propaganda rhetoric of Kiev representatives. Moreover, the minister, in fact, addresses this message not so much to his fellow citizens, as to Moscow.

After all, if the Foreign Minister urges Ukrainians not to go, then why does his subordinate Markiyan Lubkivsky say that the authorities should issue a reminder for Ukrainian fans attending the tournament, and the Ukrainian foreign ministry to send consular officers to host cities?

So what kind of provocations does Mr. Klimkin guarantee our country?

His speech is somewhat consonant with the “warnings” of former US Department of State representative John Kirby. Recall that in September 2016, a US diplomat, during an official briefing, threatened terrorist attacks in Russian cities if Moscow did not stop the fight against terrorists in Syria. He also stated that "Russia will continue to send military men home in body bags, and they will continue to lose resources, perhaps even planes again."

Later, Kirby made excuses that he was misunderstood, that he did not threaten, but "warned."

However, the events that followed have once again confirmed that such turns of speech of “partners” should be taken seriously. Within six months after this speech, the Russian special services stopped several dozen attempts to carry out terrorist acts in the cities of the country.

And in April, 2017, a terrorist attack occurred in the St. Petersburg metro that killed 16 people.

Let us return to the threats of Pavel Klimkin. As shown by four years of Ukrainian revolutionary power, of what, and of provocations, which Kiev can guarantee, in its arsenal is oversupply.

Recall that in the summer of the 2014 of the year, the Ukrainian Armed Forces repeatedly fired Russian border posts and settlements of the Rostov region, located near the state border of the Russian Federation and the LDNR, with mortars and artillery systems.

Ukrainian DRGs penetrated into the territory of Russia and not only tried to use it to penetrate the rear of the Donbas people's militia, but also set up trap mines that could be killed by Russian citizens - border guards and local residents.

Recall also that the Kiev authorities have repeatedly tried to carry out terrorist acts in the Crimea in order to disrupt the holiday season and destabilize the situation on the Russian peninsula. Moreover, at the hands of the Ukrainian terrorists, acting on the instructions of the special services, Russian soldiers and FSB officers were killed. 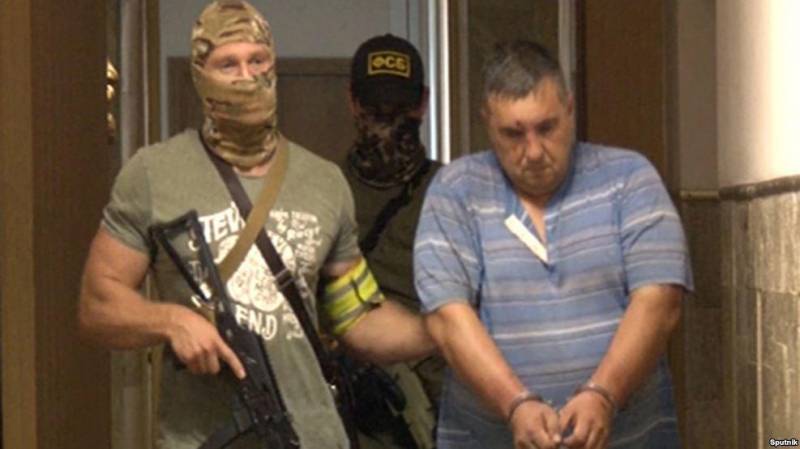 By the way, on May 15, a representative of the Ministry of Internal Affairs of Ukraine, Arsen Avakov’s advisor Zoryan Shkiryak, admitted on the ATR channel the activities of Ukrainian special services in the territory of the Russian Federation.

“Today, I categorically declare that Ukrainian law enforcement agencies and Ukrainian special services are actively working in the occupied Crimea,” Shkiryak declared, noting that, among other things, they make proscription lists of Crimeans so that after the seizure of the peninsula the base for the upcoming repressions is ready, Do not start everything from scratch.

You can, of course, say that Shkiryak is not in himself. However, so many representatives of the Ukrainian leadership will have to be described. And the statement of Klimkin with his "guarantees" raises doubts about its adequacy.

But they are healthy or not, but it is these people who determine the policy of Ukraine, the actions of its special services and armed formations. And this circumstance should be considered.

Returning to the "guaranteed" provocations for the World Cup, we can assume that it can be not only terrorist attacks, as in the Crimea. A number of experts directly warn about the high probability that during the championship Kiev will undertake a large-scale offensive against the Donbass, acting as severely as possible so that Russia is likely to achieve intervention.

However, other dirty tricks are also possible, including with the participation of Ukrainian football “fans”, many of whom adhere to neo-Nazi views. Actually, nothing prevents under the guise of "ultras" to come to Russia and just militants who can act as instigators and organizers of mass riots. 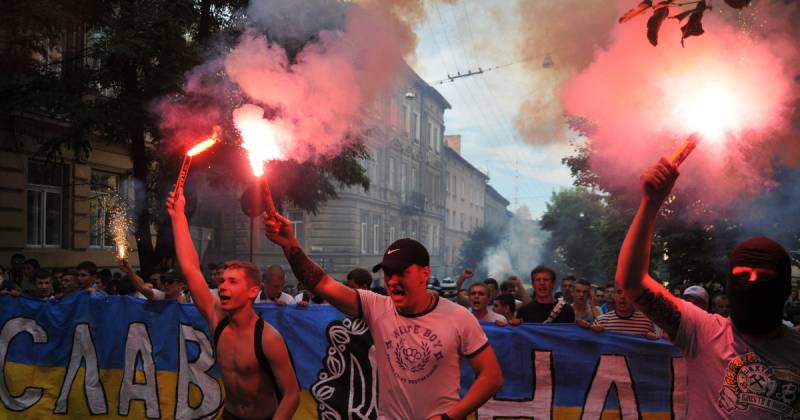 It is no secret that here they have someone to rely on. It is known that many representatives of the non-systemic opposition and nationalist circles not only have sympathy for the Kiev radicals, but also maintain very close working contacts with them (as well as with the SBU).

And sometimes it goes beyond the exchange of views on political issues.

Recall that Russian law enforcement agencies have repeatedly cut off arms supply channels weapons from Ukraine to Russia, organized by Ukrainian neo-Nazis and their like-minded people, with the assistance of the SBU.

So, in September 2017 of the year, an entire network was identified and eliminated, including 8 underground weapons workshops and "branches" in the 21 Russian region. And in the case passed more than 60 people.

All this suggests that the “guarantees” of Klimkin should be taken seriously. Moreover, Kiev gets away with “mischief” in relation to our country for too long, which has given it a feeling of impunity.

Ctrl Enter
Noticed oshЫbku Highlight text and press. Ctrl + Enter
We are
Situational analysis of the death of the MH17 flight (Malaysian Boeing 777), made on the basis of engineering analysis from 15.08.2014Results of the week. “In our cooperative, the board is always agreed”
Military Reviewin Yandex News
Military Reviewin Google News
29 comments
Information
Dear reader, to leave comments on the publication, you must sign in.