Catalonia is not autonomy. Sadness of the lonely Barcelona

16 May 2018
6
The Generalitat (Parliament of Catalonia) elected on Monday the new prime minister of autonomy Joachim Torr. He is a member of the Together for Catalonia coalition. He is one of those who consistently advocate independence from Madrid. Joaquim Torra, who is often referred to as Kim for short, has already been repeatedly added by the Spanish authorities to the lists of those who should be arrested if secessionists continue. 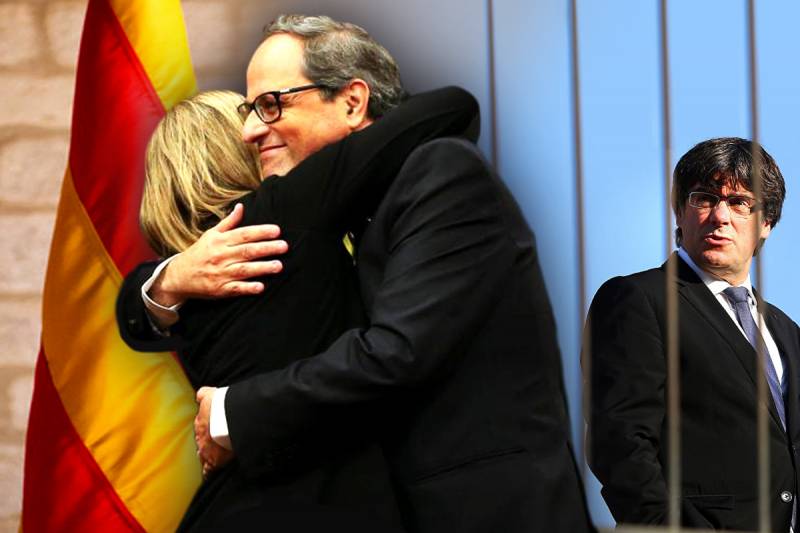 In Madrid, despite the fact that the parliament of the region was re-elected, again consider any actions and decisions of the Catalan generalitat aimed at obtaining independence or even the restoration of autonomy, illegal. However, no real measures are being taken against the decision of the people's representatives. The use of force by the Spanish authorities have been avoiding since October last year. Then the harsh opposition to the participation of the population in the referendum on independence and the dispersal of demonstrations almost led to a real rupture and civil war.

Immediately after the election of Joaquim Torra, whose candidacy was voted 66 by the Catalan parliamentarians, with 65 against, announced that he considered Carles Puchdemon to be the “legitimate prime minister” remaining abroad. In Catalonia, as is known, they continue to very actively defend not the autonomous status of the region, but complete independence from Spain. In April, in Barcelona, ​​as well as in several major cities of the region, there were demonstrations in support of the October Declaration of Independence.

At the same time, the former leader of the rebellious region, Puchdemon, announced in advance that he would not qualify for the post of head of the Catalan government and proposed the candidacy of the current prime minister. Recall, formally, Spain’s First Deputy Prime Minister Soraya Saenz de Santamaría is now at the head of Catalonia. The country's prime minister, Mariano Rajoya, appointed her immediately after the introduction of the 155 article of the Spanish constitution, which effectively deprived Catalonia of its autonomous status. 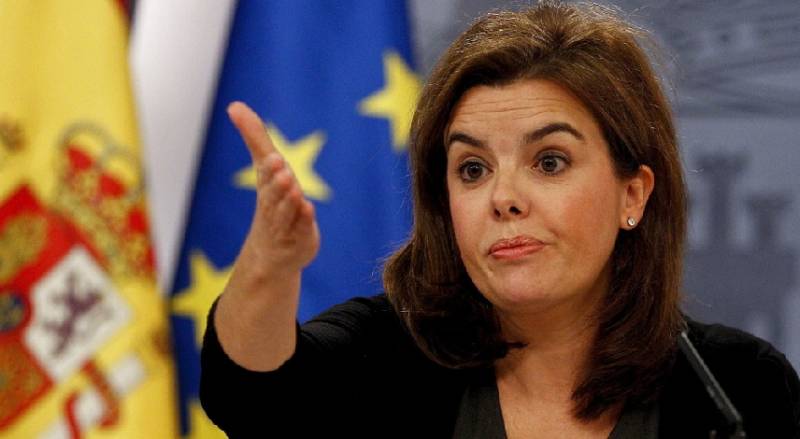 It is extremely curious how it will pass, and whether there will be a change of power in Catalonia at all. Before the elections of the head of the region, Saens de Santamaría tried to take on most of the functions of the dismissed leadership of Catalonia, but it is very difficult to say today how much she has real power in the region. She rarely appears in public, the Catalan press claims that she leads the Saens de Santamaría mainly from Madrid, and the case is limited mainly to finances.

Catalan media continue to argue that the central authorities are simply robbing a rebellious region. At the same time, nowhere is it said how successful the attempts of the Catalan authorities themselves were to prevent the outflow of funds to the central treasury. The very fact of the election of Joachim Torr is quite significant in this respect. The fact is that earlier a Spanish court banned the absentee election of Pucdemon in Catalonia. It turns out that the Catalan parliamentarians actually recognized this decision, although formally Puchdemon’s nomination did take place. But members of the Generalitat did not go further.

It is hardly worth concluding from this that they were “frightened”, as they hurried to write some Spanish yellow editions. The fact that Germany does not yet give the same Pucdemona to Madrid, while hiding behind it with beautiful statements about the fundamental rights of EU citizens, does not mean anything. Apparently, for the issuance it will be sufficient only to feel the real strength and confidence of Madrid.

However, it is just such a scenario that can serve as a detonator for an explosion, which, apparently, is what people fear most in Brussels and in Madrid. And here the image of the “Catalan martyrs” will be formed for someone just right away, and not after the “discharged” prison sentences or, God forbid, deaths and diseases.

The re-elected parliament of Catalonia opened its first session on January 17 2018 of the year - almost three months after it was dissolved. Official Madrid decided to dissolve it immediately after the introduction of the very 155-th constitutional article. At the same time, it was announced that early elections were held, which took place on December 21 and formally confirmed the advantage of the parties supporting the independence of Catalonia.

However, the new Catalan parliament was clearly not ready for direct confrontation with Madrid. Political disagreements against the background of lawsuits against some MPs did not allow the Generalitat to immediately elect a new leader of Catalonia. In the end, it took several months. Joaquim Torra, elected on Monday, is by no means a compromise figure. And it will be even more difficult for him because, apparently, it is now quite enough just to “restore autonomy” to many new Catalan deputies. Many in Barcelona were quite embarrassed by the move and the voting results. There is no significant unity, obviously, there is a desire of an increasing number of parliamentarians to engage in direct dialogue with Madrid. 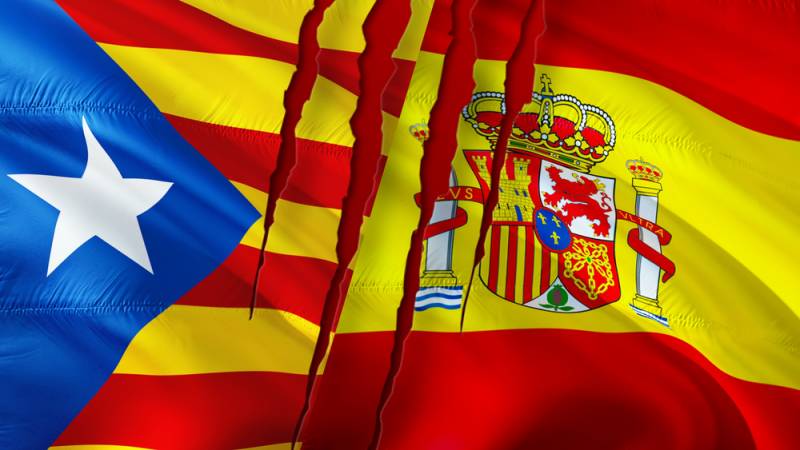 After the autumn aggravation, it seems that both parties to the conflict today are even ready to compete in which of them more clearly adheres to the provisions of the Spanish constitution. Again transfer the opposition in the hot phase is now unprofitable for both parties. Madrid, of course, first of all, I would like to return to our hands the real levers of economic manipulation in relations with Catalonia. Political pressure gives either very weak or completely opposite to the expected results. It is not by chance that in the Spanish press is now not so violently as last autumn, they demand that "Catalonia pay for everything."

And in Barcelona, ​​many already seem to be generally ready to take the path of the Basque country. As is known, they managed to bargain with the central authorities for a long time such conditions of autonomous existence, which, in many ways, were not even dreamed of at first. Madrid then made concessions not only because in exchange they promised to curtail terrorist activity.

Spain, as it turned out, by making some concessions to the Basques, was able to shift to the shoulders of the local authorities a lot of such problems that she herself could never have solved. However, no one would argue that in its “more autonomous” status of the Basque Country it became easier to deal with unemployment and countless social problems.

It should be noted that the recent self-liquidation of the infamous Basque terrorist organization ETA has undoubtedly greatly influenced public opinion in Catalonia. The Basque Country itself has thus received an additional incentive to not flirt with autonomy. And Barcelona, ​​in its desire to distance itself from Madrid, was virtually alone. But this did not prevent the Barcelona football club from holding their champion parade in the Catalan capital the other day under the slogans of independence.