15 May 2018
48
Argentina returns jet to its air force Aviation. The Argentine government has finalized a deal with France, in which it will purchase five attack aircraft Dassault Super Etendard, reports "Warspot" with reference to the portal janes.com


Under the agreement, France will transfer five used Dassault Super Etendard airplanes, eight engines to them, as well as “a large batch of spare parts and equipment”. The transaction value is estimated at € 12,55 million ($ 15 million). 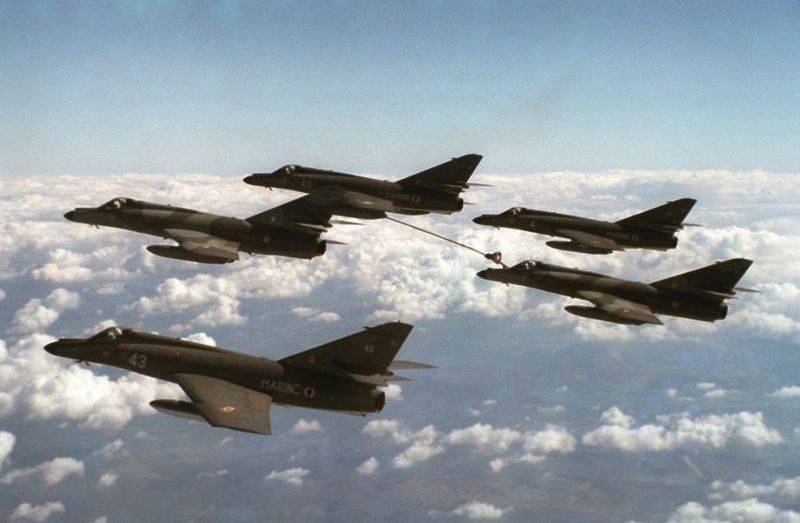 Super Etendar will be used to recreate the potential of the Argentine Navy 2 Squadron. In 1981 – 2013, the unit had these planes in service, after which they were mothballed due to the lack of spare parts.

The Super Etendard was developed by the French company Dassault in the 70s based on the light attack aircraft Etendard IV and entered service with the French Navy in the 1978 year. In the 1986 year, its upgraded version of the Super-Etendard Modernise was developed, which was produced from 1993 to 1998 year. In total, during production, Dassault released 85 Super Etendard aircraft in various versions.

Earlier, the Argentine Defense Ministry was considering the purchase of Brazilian-made JAS 39 Gripen fighter jets, as well as Russian MiG-29 fighters. But due to the difficult financial situation in the country, all tenders for the supply of jet combat aircraft were canceled.

In the 70-ies of the Argentine Air Force were armed with some of the most modern aircraft of the time: Mirage III interceptors, IAI Dagger fighters (Israeli Mirage V version), A-4AR Fightinghawks attack aircraft, as well as military transport aircraft C-130 Hercules. However, over the next forty years, the Argentine military department no longer procured new jet aircraft, and the last of the A-4AR Fightinghawks attack aircraft in service were decommissioned at the end of last year.