The most important thing is the “truthful” report. In Ukraine, the old Soviet guns issued as new

15 May 2018
64
Ukrainian media reported that the APU began to receive modernized anti-tank guns MT-12 "Rapier". The media published a video from the employment of the artillery unit of the Armed Forces of Ukraine, in which the allegedly modernized guns MT-12 took part. As noted by the “RG”, in fact, the frames depict ordinary guns, developed in the USSR as early as the end of the 60s of the last century. 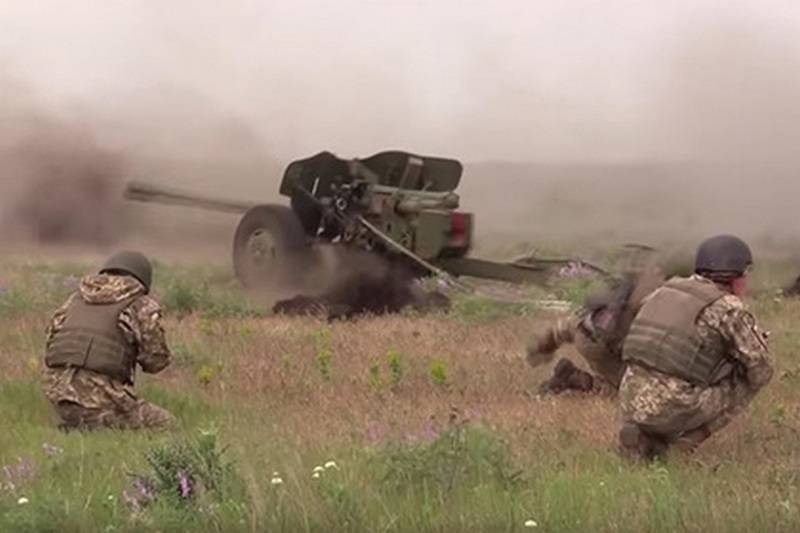 According to the authors of the video, as a result of the modernization of the machine, it was available to the Armed Forces of Ukraine that had the opportunity to “hit targets in conditions of limited visibility.” In addition, the guns were allegedly equipped with new target holding systems, which allow "to more effectively strike them in motion."

No signs of modernization in the demonstrated MT-12 are visible, said the publication. Before us are ordinary guns that have been stored for a long time.

It is noted that earlier in the arsenal of the Ukrainian army were MT-12Р, equipped with radar sights "Ruta" still Soviet production. These tools were considered the most advanced modifications "Rapier". However, according to the information of the “RG”, such equipment turned out to be too complicated for operation in the Armed Forces of Ukraine, part of the guns was captured by the militia, for example, in the area of ​​Georgievka in September 2014 of the year. As a result, the Ukrainian Army does not have this modification at the present time.