15 May 2018
28
Graduates of the Syzran Higher Military Aviation School, arrived at the Tolmachevo air base in the Novosibirsk region for service, reports Interfax message of the Central District. 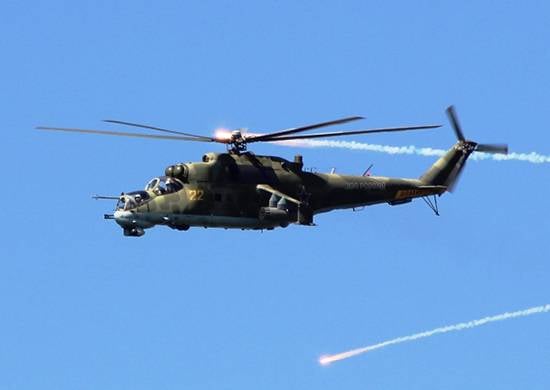 The distribution service in Siberia will be continued by seven lieutenants. The pilots will undergo an additional theoretical training course and will begin flying in June,
says release.

Graduates of the school were presented to the command and staff of the base.

Some of them graduated from college with honors.

The press service recalled that the Tolmachevo airbase was part of the 14 Army Air Force of the Central District. They are armed with “Mi-8AMTSH-V multi-purpose helicopters designed to transport cargo, personnel and fire support from the air, as well as Mi-24 attack helicopters used to destroy enemy forces, armored vehicles and firing points”.