15 May 2018
67
On Monday, the shipyard of the South Korean corporation Hanjin Heavy Industries and Construction (HHIC) hosted the launch ceremony of the universal landing craft PH 6112 Marado, reports bmpd. 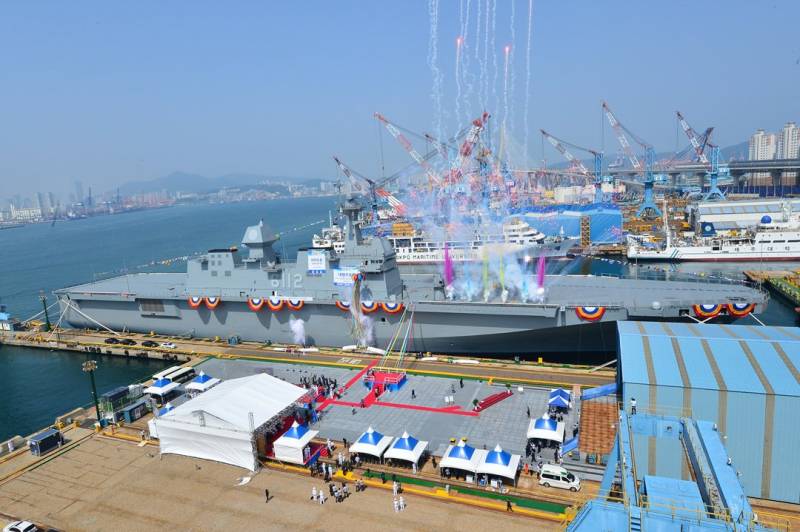 The first steel cut was made in November 2016 of the year, the official ceremony of laying the ship in April was 2017 of the year.

The first UDC LPH 6111 Dokdo, was commissioned in July 2007. The construction of the second has been repeatedly postponed for financial reasons and to study the operating experience of the lead ship. 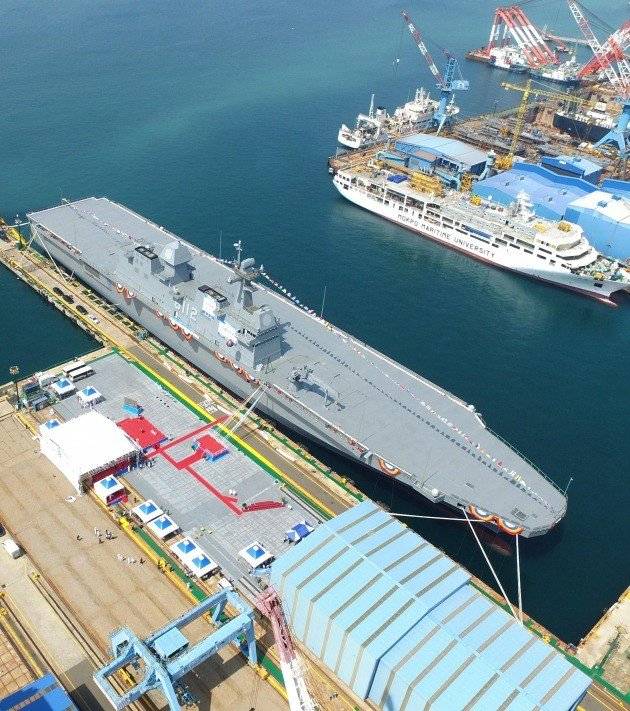 In addition, the possibility of basing F-35B aircraft on UDC is being considered.

Ctrl Enter
Noticed oshЫbku Highlight text and press. Ctrl + Enter
We are
In South Korea, laid the second UDC. The launch is expected in a yearJuan Carlos I selected in Turkish tender for universal landing craft
Military Reviewin Yandex News
Military Reviewin Google News
67 comments
Information
Dear reader, to leave comments on the publication, you must sign in.