For the next seven years. Manufacturer C-400 loaded with orders up to 2025 year

15 May 2018
40
The manufacturer of anti-aircraft missile systems (ZRS) C-400 Obukhovsky Plant (part of the concern VKO "Almaz-Antey") is fully loaded with orders for the next seven years, said the head of the company, Mikhail Podvyaznikov. 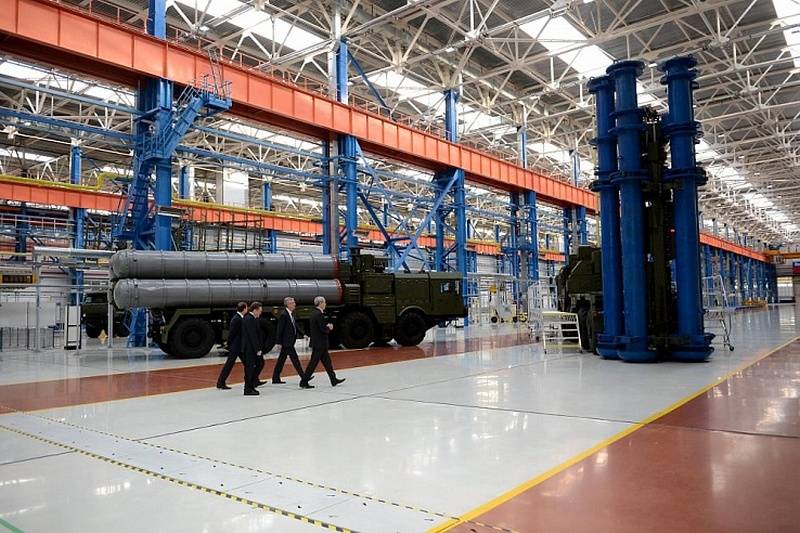 Factory loaded with orders for 100% up to 2025 year. The plant can increase output depending on government orders and export contracts
- he said.

More than 30 billion rubles were invested by Almaz-Antey concern in the modernization of the enterprise producing C-400 anti-aircraft systems, Podvyaznikov added.

The general director specified that another production workshop for the production of special items would be opened at the plant, the need for its construction was associated with an increase in the state defense order. The workshop will begin production at the start of 2019.

Obukhovsky Plant was founded in May 1863 of the year, 16 May celebrates its 155 anniversary. The company produces air defense systems C-300 "Favorite" and C-400 "Triumph".

Ctrl Enter
Noticed oshЫbku Highlight text and press. Ctrl + Enter
We are
Will Russia be able to repel a strike from space?
Military Reviewin Yandex News
Military Reviewin Google News
40 comments
Information
Dear reader, to leave comments on the publication, you must sign in.