Fragmented Europe is not absorbed by Russia 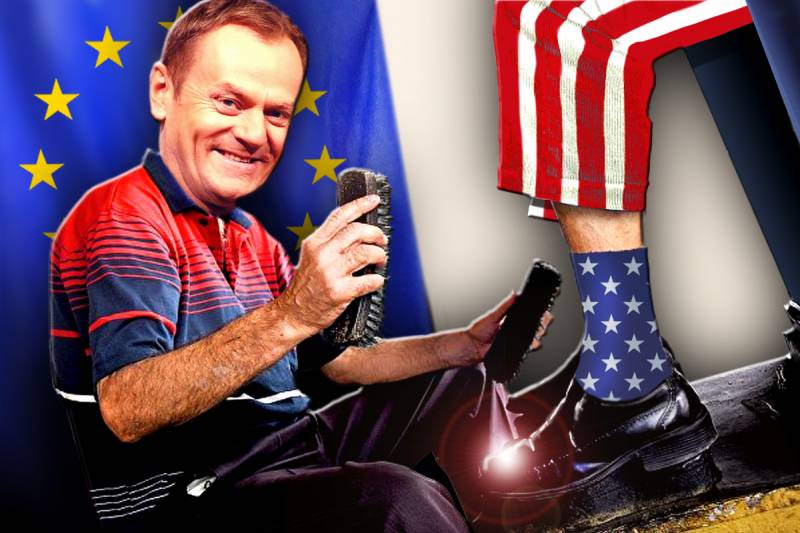 The English “Guardian” on its pages has burst into a whole campaign: “Europe needs to unite efforts to counteract Russia”, because “the Russian bear is tormenting liberal democracies”. Why torment? In order to “drag European countries into a fragmented past”, an urgent “investigation of Russia's influence on European democracies” is needed. Why? Defenders like Donald Trump and European Commission President Jean-Claude Juncker "did not express concern about the legitimacy of the elections in Russia." Yes, they did not express, they congratulated Vladimir Putin on his election as president of Russia, and this causes suspicion of the most honorable “Guardian”.

This is a vivid example of the demagogy of the English fake media, according to Trump's definition: a country that has just left the European Union, that is, started the process of its fragmentation, nevertheless lies about the desire for European unity and that it is Russia that wants to split Europe.

Indeed, the European Union may disintegrate, and the first one pushed it in this direction with its Brexit England. But all the Anglo-Saxon commentators, not only the Guardian, shout that Russia will be swallowed up by fragmented Europe. Because in reality, America will be swallowed up by Europe, and with the help of her loyal landsknecht of England. After all, when the European Union collapses, NATO will remain, controlling Europe and controlled by the United States.

The European Union may have made a mistake when it abandoned the Transatlantic partnership with the United States, promoted by Barack Obama and, because of his back, by a neocon's globalist backstage. As a punishment, the American neocons sentenced Europe to collapse, which began with an unexpected exit from England by the European Union. Then there was an attempt to destroy Spain with the release of Catalonia: behind the separatists there was a great demagogue and globalist George Soros, the European press wrote about this. Europe is resisting its fragmentation, Catalan separatism has been suppressed, but its embers are still smoldering.

With President Trump, Europe is simply unlucky: the neocon globalist plans for fragmentation of Europe are appropriate for Trump, his economic adviser Stiglitz and other like-minded people who intend to move to bilateral relations with their partners instead of creating global transport. America needs to improve its financial affairs, write off debts, and it is much better to do it on a bilateral basis, ruining its counterparties a little bit.

A rich and dependent on the US Europe allows America to do it with her more easily than with other regions, especially with Russia or with China. Roughly speaking, America urgently needs to devour someone, and only Europe can quickly satisfy its appetite. It's time for Europe to pay for the American Marshall Plan.

In this regard, of interest is the “chemical attack in Salisbury” on the GRU ex-employee Sergey Skripal, whom England, or rather its main demagogues: Premier Teresa May and Foreign Minister Boris Johnson, fearlessly attributed to Russia, despite the complete lack of evidence. This suggests that Skripal and his daughter, very likely, became the sacred victim of the British special services.

Apparently, May and Johnson went on such a rough provocation, because they were confident in the support of the United States, it is likely that the "attack in Salisbury" was part of the American plan, however, not Trump, but the neocons-globalists. England, after all, is the fief of world globalists, and some political scientists consider England even the leading center of world globalism. Recall, "Moscow" compromising on Donald Trump's neocon and the leading demagogue, Senator John McCain ordered precisely the British special services, the ex-employee of MI6.

President Trump first demanded to double-check information about the “Scripale poisoning”, then went aside, leaving the State Department to show solidarity with England. However, Secretary of State Rex Tillerson, who immediately got into the "Skripol case," was disgracefully dismissed by Trump on Twitter.

Today, despite the fact that the “Case of the Violin” has drowned in a lie, and Skripali has come to life, the provocation itself continues to live - it means that someone needs it. Recently, the head of MI5, Andrew Parker, said that "Russia will face an isolated pariah because of Skripl's poisoning."

Observers are inclined to believe that the “English dead cat” “with the Squeaks” is thrown onto the European table in order to divert attention from the problems of England with Brexit by intensifying the anti-Russian campaign. However, the support of this provocation by the American globalists and Trump's detachment from it suggest something else. Trump congratulated Putin on his victory in the elections, despite the "Skrypal case", which the "Guardian" laments.

It seems that the main purpose of the “Skrypal case” is not Russia at all, for which it does not matter that one provocation against it has become more, but Europe, the unity of which, as a result of false solidarity with England, is falling apart during the investigation. The pro-American part of Europe demands blindly supporting England, pro-European, like Czech President Milos Zeman and EC Chairman Jean-Claude Juncker, see this as an excuse to show independence.

The Case of Violin, as well as attempts to block the Nord Stream - 2, have one goal - to isolate Europe from Russia. An isolated Europe will become more susceptible to US pressure, which Donald Trump cannot resist.

Understanding the main goal of the “Fiddle Case”, we need to think about whether Russia should save Europe, blaming this fake for Trump, putting it at the forefront as the British demagogues do? If Europe submissively goes to the slaughter, it is useless. Well, America will devour it, so after all in a kindred, jointly. Europe for Russia is not a brother and not a matchmaker.

If Europe will show will, it may well save itself. “Nord Stream - 2” is actually a helping hand stretched out by Russia to Europe, led by Germany, but will Europe grab it? It is up to her to decide.

Ctrl Enter
Noticed oshЫbku Highlight text and press. Ctrl + Enter
We are
A great interview with Sergey Lavrov: about Ukraine, Obama and IranWhat you didn't want to know about England
Military Reviewin Yandex News
Military Reviewin Google News
16 comments
Information
Dear reader, to leave comments on the publication, you must sign in.