Again in credit. Russia will provide Indonesia with a loan to buy 11 Su-35

15 May 2018
48
Russia will provide Indonesia with a commercial loan for the purchase of X-NUMX fighters Su-11, Interfax reported, citing a source in the military-technical cooperation. 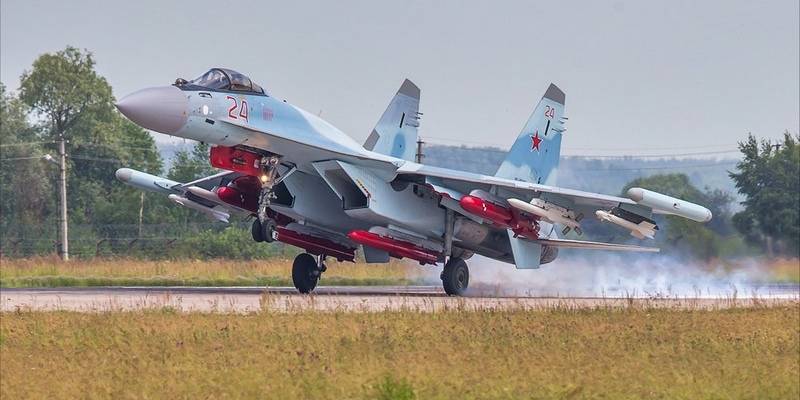 According to an informed source, Indonesia and Russia intend to sign a loan agreement as part of the contract for the supply of Su-35 fighter jets, the necessary procedures for this are currently underway. He noted that the Russian Federation will provide Indonesia with a commercial, rather than a government loan.

March 1 Assistant to the President of the Russian Federation on military-technical cooperation Vladimir Kozhin confirmed the conclusion of a contract with Indonesia for the purchase of Russian Su-35. He noted that the advance from Indonesia has not yet been received. The contract value is approximately $ 1,1 billion.

The distinctive features of the aircraft are the new avionics complex based on a digital information control system, an integrated on-board equipment system, a new radar with a phased antenna array with a long range for detecting air targets with an increased number of simultaneously followed and fired targets, new engines with increased thrust and swivel vector thrust.