Prefer death. Permanent Representative of Ukraine spoke about the "fidelity" of fighting dolphins to the Ukrainian oath

15 May 2018
55
Ukrainian fighting dolphins, remaining in the Crimea after his accession to Russia, did not accept the new "occupational" power and chose to die, reports RIA News Statement by the Permanent Representative of the Ukrainian President in the Crimea Boris Babin. 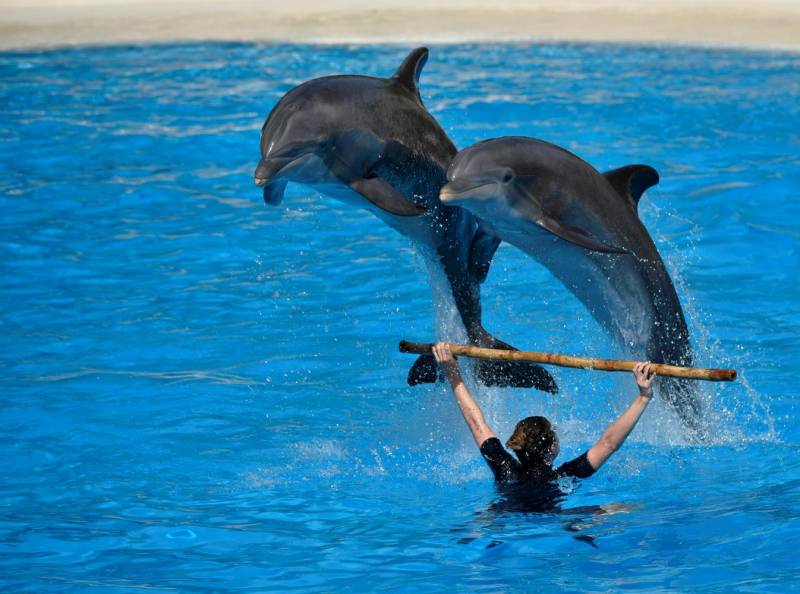 According to the Permanent Representative, the Russians had at their disposal all the property of a military unit in Sevastopol, including special whistles to communicate with the trained dolphins, "but the animals refused not only to cooperate with Russian specialists, but also ceased to eat and soon died."

It is very sad that a lot of the Ukrainian military, who were stationed in Crimea in 2014, reacted to the question of the oath and the loyalty of the banner is much worse than these dolphins,
said Babin.

Recall that in the Crimea, dolphins for the Soviet Navy began to be cooked from 1973 onwards. They were used to combat combat swimmers, undermine ships, search weapons. After the collapse of the Soviet Union and the partition of the Black Sea fleet Ukraine began to use dolphins mainly for peaceful purposes. For example, for the treatment and recovery of children and persons with disabilities.

In 2012, Kiev decided to resume the combat training of animals, but after 2014, these projects, for obvious reasons, were abandoned.